What Inspires Me, Part 3: The GLAWS Years 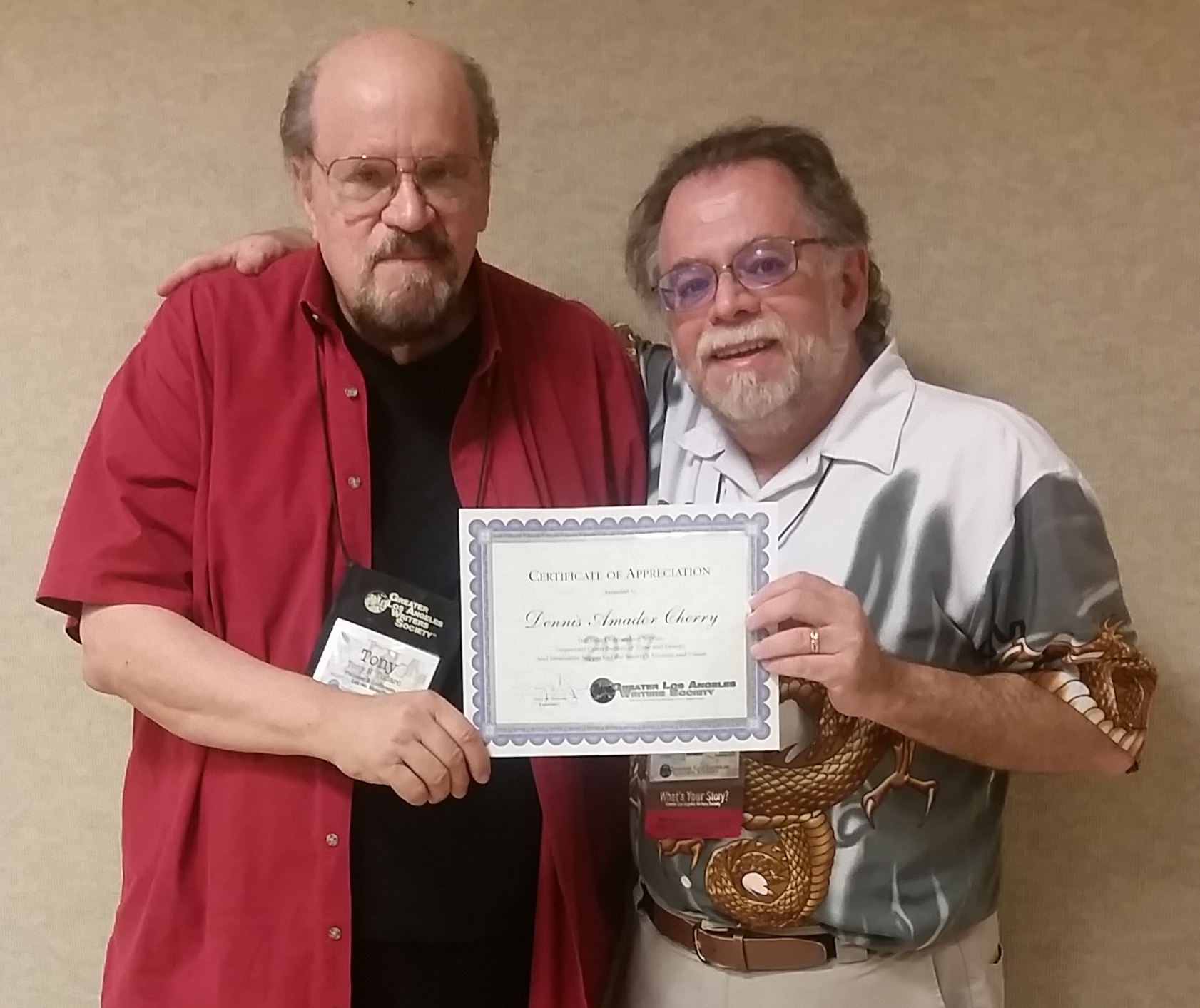 There’s the stereotype of writers sitting alone in their basements, tapping out their novels on their typewriters, but that is not the case.  Southern California homes don’t have basements.

Oh, wait, there’s more to that.  Cheri Tree of Quattro University use to say, “There is no such thing as a self-made millionaire.”  Millionaires had help.  They had mentors, instructors, partners, encouragers – people that taught them how to be successful and rooted them on.  The same is true for writers.

If you’re making a living doing something else, but you want to be a writer for a living, it’s the same as training for a new career, any new career.  You have to learn your skill, then you have to practice your skill and get feedback.  You learn to improve your skills at writer’s conferences, seminars and even community college classes if you’re really starting out.  You also have to learn the business of writing.

Practicing your skills and getting feedback is where the critique groups come in.  They are the group of people that read your work and tell you your strong points and weak points.  I’ve mentioned several times in this blog how valuable their feedback is to me, but they are also encouraging.  They prove I am not alone in my struggle.  We are all working towards the same goal – getting published.  And after a year or two of being in a group, they become your friends, people whose opinions you trust.

It’s very encouraging when one or more of them says they enjoy your story and look forward to the next installment.  One of the biggest compliments I’ve gotten was from a member of my novel critique group who said he had a crush on one of my characters.  It means I fleshed the character out, made her come alive and made her likable.

Another encouragement is to see someone you know succeed.  One such person is Brandie June  https://www.brandiejune.com/  She was in the same critique group for a while.  I’ve read some of her earlier work, including a work that led to her first novel, “Gold Spun”, which will debut on June 26th.   https://camcatbooks.com/Books/G/Gold-Spun2

It’s been exciting to watch her Facebook posts announcing her book being picked up by Camcat books, to watch her unveil her book cover and to watch her open a box and hold a hardcover copy of her book for the first time.

I know Brandi, she is one of my peers.  And through GLAWS, I know the people she knows, her agent, her editor and her publishers.  Seeing her get published affirms that my dream is possible.  If I continue my work, improve my skills and listen to good advice, my turn will come.

If you’re in the Burbank, CA area on June 26th, stop by Dark Delicacies for Brandie’s first book signing.   https://www.darkdel.com/#/  (scroll down to June 26th.)  After a Loscon Committee meeting, I’m going to try to be there myself.