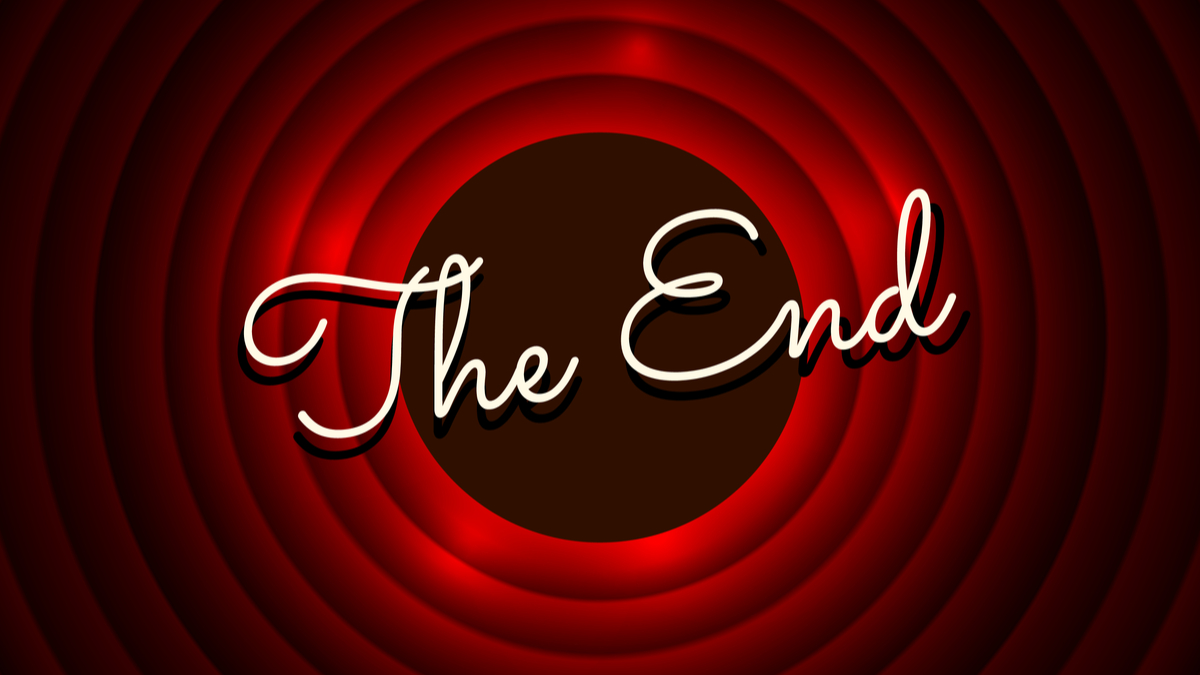 In critiquing a story for one of my groups, I was reminded of the importance of a good ending. I’m a firm believer that the last emotion you leave the audience with is very important. It is what they will remember when they walk out of the theater or finish a book. It is what they will tell their friends about, and it is what those friends will think about when they decide to see that movie or read that book.

Let’s look at some examples. “Star Wars: Episode IV, A New Hope”: The Death Star is destroyed, our heroes get metals in a big ceremony and R2D2, who was damaged, is repaired and is all right. YAY! MEGA HAPPY ENDING!!!

Then there’s “Star Wars: Episode III, Revenge of the Sith”: Chancellor Palpatine makes himself Emperor Palpatine and the Jedi Order is killed off. We knew that was going to happen because it has to lead into the next film – which was the first film, BUT… there is a glimmer of hope. Leia is adopted by the Organas, Yoda goes into hiding and Obi-wan will watch over Luke until the time is right. And since we’ve already seen Episode IV, we know this is a real hope.

Or the first “Back to the Future” movie. “Roads? Where we’re going, we don’t need roads.” We just had a great adventure in the past, and now, this is a promise of another adventure in the future. Endings sometimes seed the sequel, which is another reason they have to be strong.

But have you ever seen a good movie with a bad ending? It spoils the whole experience. This is why I have a problem with Terry Gilliam when he directs a movie he has also written. I’m thinking particularly of, “Time Bandits”, “Brazil”, and “Barron Munchhausen”. In these films, Gilliam immerses you in a fantastic world with amazing character. Then at the end, he pulls it all away from you and says, Oh, wait. That didn’t really happen. But it happened like this, which is sort of similar, but not as fantastic.

Don’t take that amazing world away from me. Let me believe in it. Let me walk away from it with the feeling of awe and wonder. Don’t tell me it was just a dream.

Then Gilliam directs (but doesn’t write) “Twelve Monkeys”, a science fiction with the most restrictive time travel theory out there and pulls off a great film. That’s why he’s still one of my favorite directors.

In the story I critiqued, the writer had a great magical, funny, heart-warming concept. There were a few problems, but nothing that couldn’t be fixed. They had a mega happy ending, but didn’t stop there. They tried to explain the magic, make a point and it came out preachy. After that, I lost that feeling of awe and wonder.

As a member of the critique group, it is my responsibility to point out what worked and what didn’t. More importantly, why it didn’t work for me and suggest what might work better. And that’s what they do for me as well.