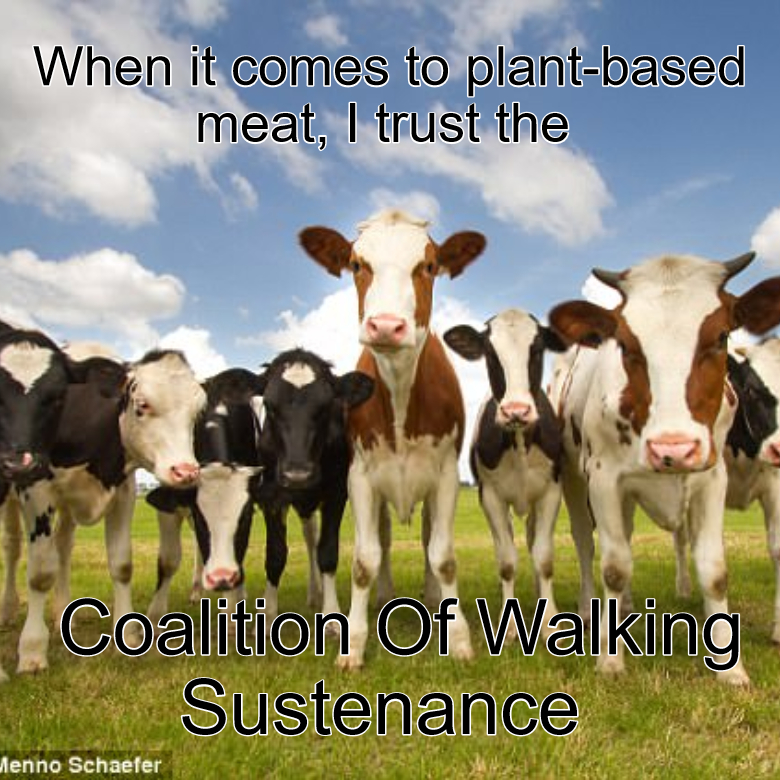 I’ve been seeing a lot of ads on Facebook for vegan plant-based meat products.  They don’t particularly interest me, I’m a meat-eating, barbequing, Meatiator, Montague’s All Meat Marvel, Baconator, meatavore kind of guy.  But if someone else wants to graze, that’s fine by me.

What I don’t understand is that if people don’t like meat, why do they try so hard to make veggies look and taste like meat?  I mean, I don’t like coconut, so why would I want to eat something that’s not coconut, but looks and tastes like coconut?  It also costs up to twice as much as meat and takes a lot of processing to create, so what’s the advantage of fake meat over real meat for us carnivores?

But I do love looking at the comments on these ads.  One or two might be pro fake meat, but the rest are not.  Many are rather funny.  One of my favorites is, “If I want to buy toxic chemicals, I’ll shop at DOW.”  I was seeing many of these ads for plant-based beef, so I created the meme above to put in the comments.  Then last week I started seeing ads for plant-based sausage, so I created this meme: 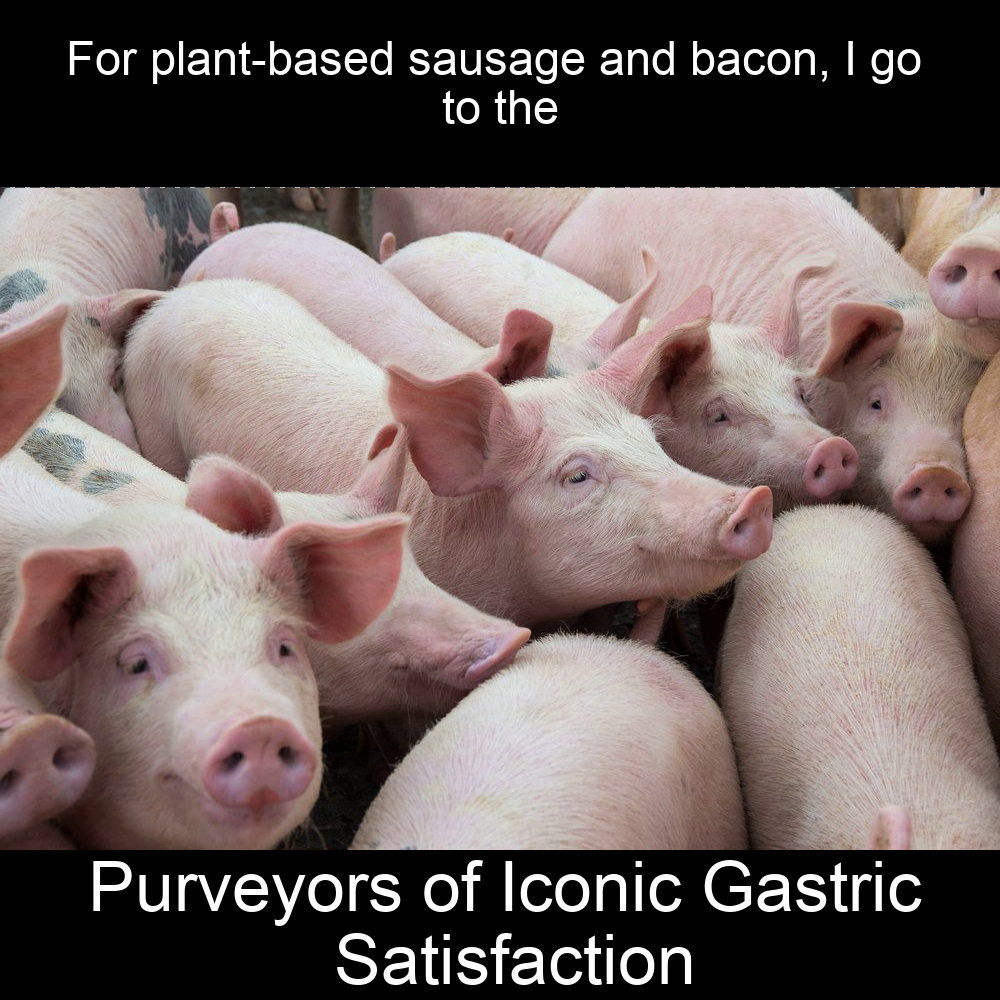 Then there are new ads for plant-based chicken.  You just add water to make things like faux chicken meatballs.  So here is my response: 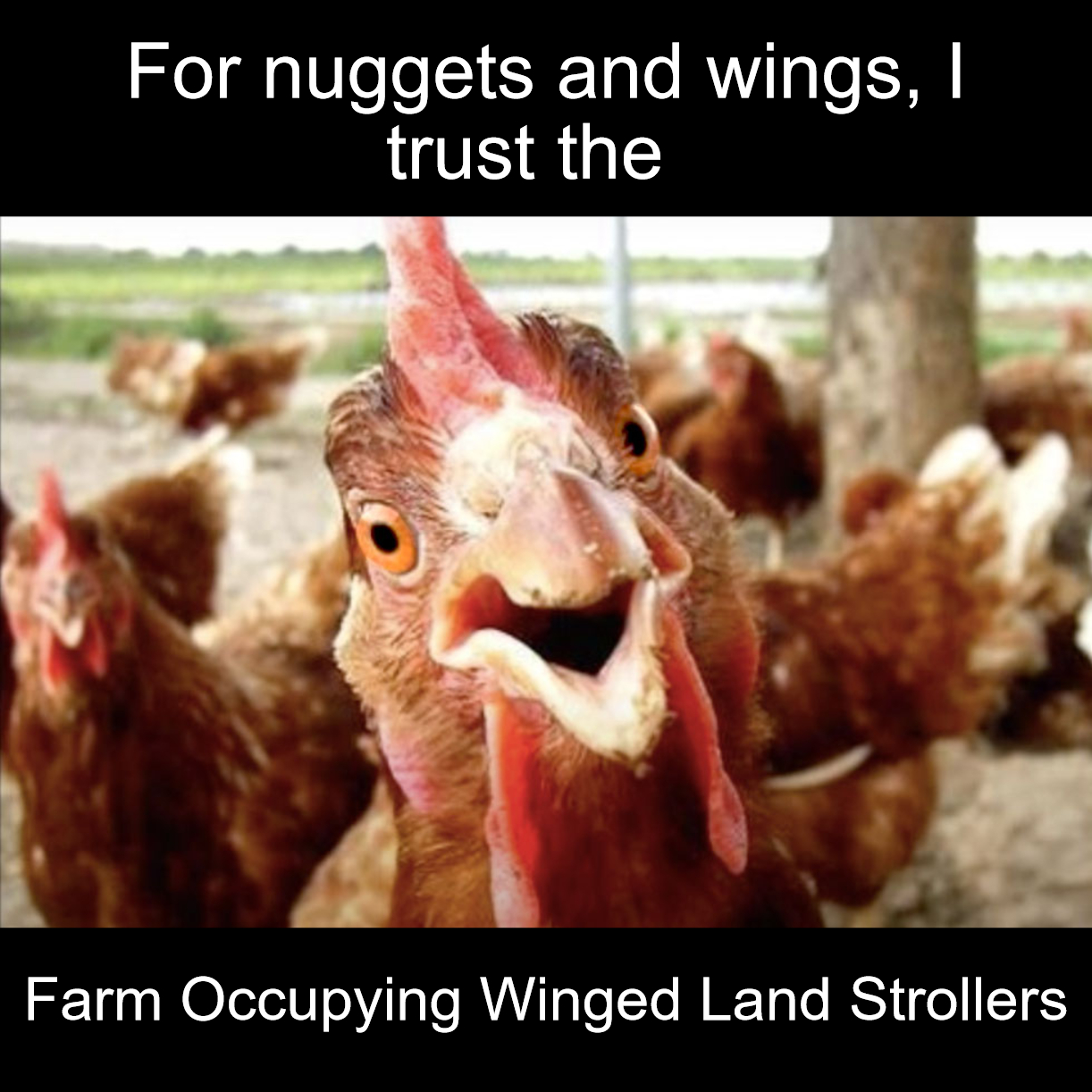 I mean, it’s like mock apple pie.  Why?  JUST MAKE AN APPLE PIE!

In the words of famed culinary philosopher, Cyborg: 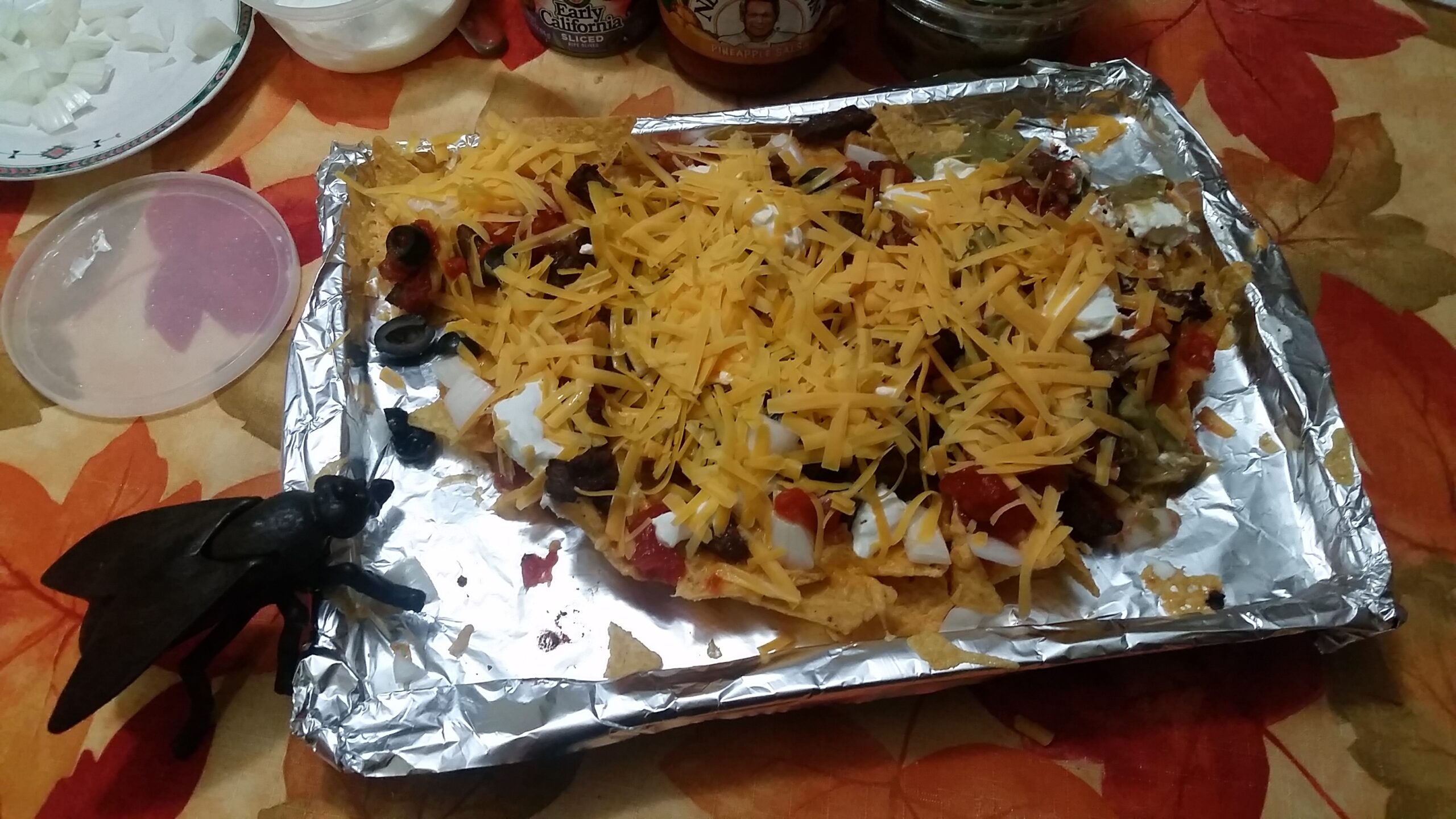 I’ve made nachos lots of times before, but not with carne asada.