The Thing About Goals 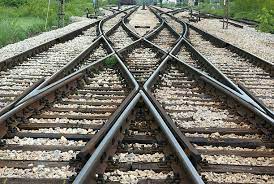 Goals can be long-term or short-term.  I might want to finish a project today, or I might want to advance my writing career throughout the year.  The latter is what my goals for the year are all about.  The goals I updated last week.

Submitting the second screenplay to a critique group will do more to advance my writing at the moment.  It will take me a week or two to finish polishing off the first novel, but no real advancement can be made until I get it to a professional editor.  But getting my second screenplay to a critique group will help me polish that story, which will lead to me novelizing it.

The overall goal is to get my first novel represented by a literary agent by the end of the year.  And when he finds a publisher interested in it, I can then say, if you like that one, it’s the first in a trilogy, and the second one is ready to go.

Publishers want writers who will be consistent, not just one-shots.  And I want to have a career in writing, so I want to show that I can be consistent.

How you accomplish a long-term goal can be fluid.  You have to ask yourself, what is the overall goal.  How to get there may change – especially over the course of a year.  If my editor comes back and says my novel needs major revisions, that may throw all my other writing goals out the window.  But that’s okay if it gets me published – the long-term goal.

Sure, I’d like to complete all my goals for the year, but when I wrote them down in January, I knew some of them were a long shot.  Reading a book a month, for example.  I use to read a lot more before picking up writing seriously again.  Over the last few years, I’ve learned I can read, or I can write, but I can’t do both.  Still, having that goal on my list reminds me to try.  And publishing that goal list reminds me that I’m accountable.

In the first six months of this year, I’ve read three books.  That’s 50% of my goal.  And that’s three more books than last year.  So even if I don’t reach my goal, I’m doing better.

Losing twenty pounds in a year sounds like a lot.  But two pounds a month sounds doable.  And even with a setback, I’m still on track.

Keeping up with my Bible reading?  Well, that goes back to reading vs. writing in general.  But I’m still doing better than last year.

And trying a new recipe each month?  Well, I have to eat anyway.  And all those recipes I find on Facebook makes it easy.

So, I probably won’t complete all my goals by the end of the year.  But I set a plan, I made myself accountable, I check it every time I complete a subgoal, and I audit myself every quarter.  And overall, I will have done better at the end of the year than last year, and that’s the real goal.

Second Steampunk screenplay:  165 pages.  ß My critique group is getting the first half of the script later this month.  Let’s see what they say and what edits it leads to.

I guess I need to add a new goal to my list: