Stringing the Story Along 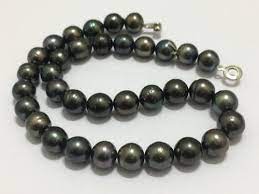 Thinking about the Writers Conference two weeks ago, I am reminded of something else I’m grateful to have learned about through GLAWS.  But first, I need to backtrack a bit.

Back when I was at the USC School of Cinema/Television, I took several screenwriting classes.  Generally, they taught the way you take an idea to a full screenplay was to start by outlining.  The most taught way to do this was to write all your scenes on 3” x 5” in index cards.  As you thought of more scenes, you would make more cards.  Then you put them in order and see if it develops a plot.  Does it have rising action?  Is there character development?  Then you move the scenes (cards) around to see how they can work better.

But I always had a problem with this method.  Yes, I can come up with scenes in my head when I create a story.  I can write them down on cards.  It was the moving them around part I had trouble with.  Because of causality, some things have to happen before other things.  Boy meets girl, boy loses girl, boy gets girl.  Boy can’t lose girl before he meets girl.  Boy meets girl has to come first.

At USC, I thought I was the only one struggling with this outlining method.  Then, at a writer’s conference, instructor Art Holcomb talked about the “String of Pearls”.  Basically, you come up with an idea for a great scene.  That’s one pearl.  Then another scene, that’s another pearl.  Then another, then another.  Now you have some big moments in your story.  Then you take one and start thinking about what comes right before it, what leads up to it?  And what happens afterward, what are the consequences?  Now you have all these pearls and you start stringing them together and filling in the gaps.

When I first heard this, I thought, FINALLY SOMEONE IS TALKING ABOUT THE WAY I WRITE!”  And it’s not just me, it’s an actual method.

Truth is, there are many methods of putting a story together.  Outlining, the Hero’s Journey, The Writer’s Journey, Save the Cat.  All are good to learn, study and understand.  But in the end, you have to figure out what works for you, whether it’s one of these or a hybrid.

This also fits with the way I write.  I don’t write linearly.  I write the scenes that excite me the most first.  In my steampunk screenplay, the second or third scene I wrote was a chase scene on a moving train that happens halfway through the story.  By the time I was filling in the gaps, I had to make some changes, but the scene stayed basically the same.

I have a friend that writes romances and she can’t wrap her head around the fact that I don’t start with, “Once upon a time”, and end with, “The end”.  It’s not her style.

As instructor Sarah Ann Fox says about the rules of writing, “There are no rules.”

And then there’s pantsing…

Don’t get me started.