Get Those Needles Ready 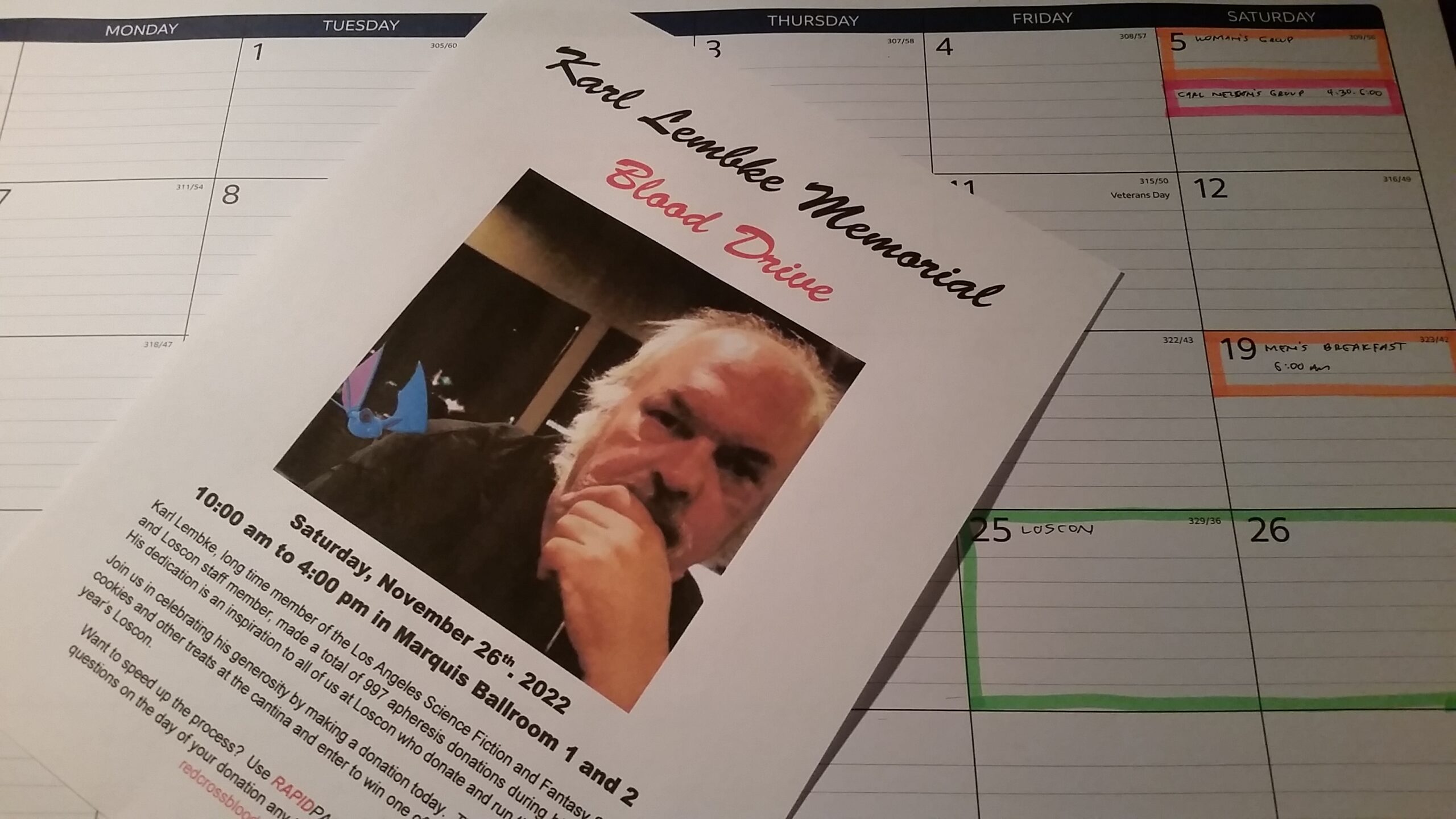 The Loscon Blood Drive is now two weeks away.  And while the Red Cross is sharpening their needles, I have my own preparations to make.  The flyer on the cover picture, for example. There are also the buttons to womp.  We have a button maker from Badge-A-Minit.  When you press down on it, it makes a “womping” sound, so it’s our button womper.  The buttons serve two purposes.  First, it’s a souvenir to commemorate a person’s participation in the blood drive – fans love buttons.  Second, it weighs the balloon fish down so they don’t float away. I also had to restock my balloon supply.  They came in this weekend, and so did my button parts. Next weekend is the last weekend before the con.  It’s my last chance to get everything ready.  I also have to keep up with my two critique groups since both will be meeting the week after Loscon and I’m losing all Thanksgiving weekend to the con.

Can’t wait for December when things calm down.

First Steampunk novel:  72,193 words.  Need to expand to about 80,000 words. ß Didn’t work on it.  Catching up on critiques and working on Blood Drive stuff. “Kris brought home a bunch of peppers she got from someone.  This was a good, tasty use of them.  I mean, Philly Cheesesteak anything can’t go wrong.” – Vincent Reinheart.