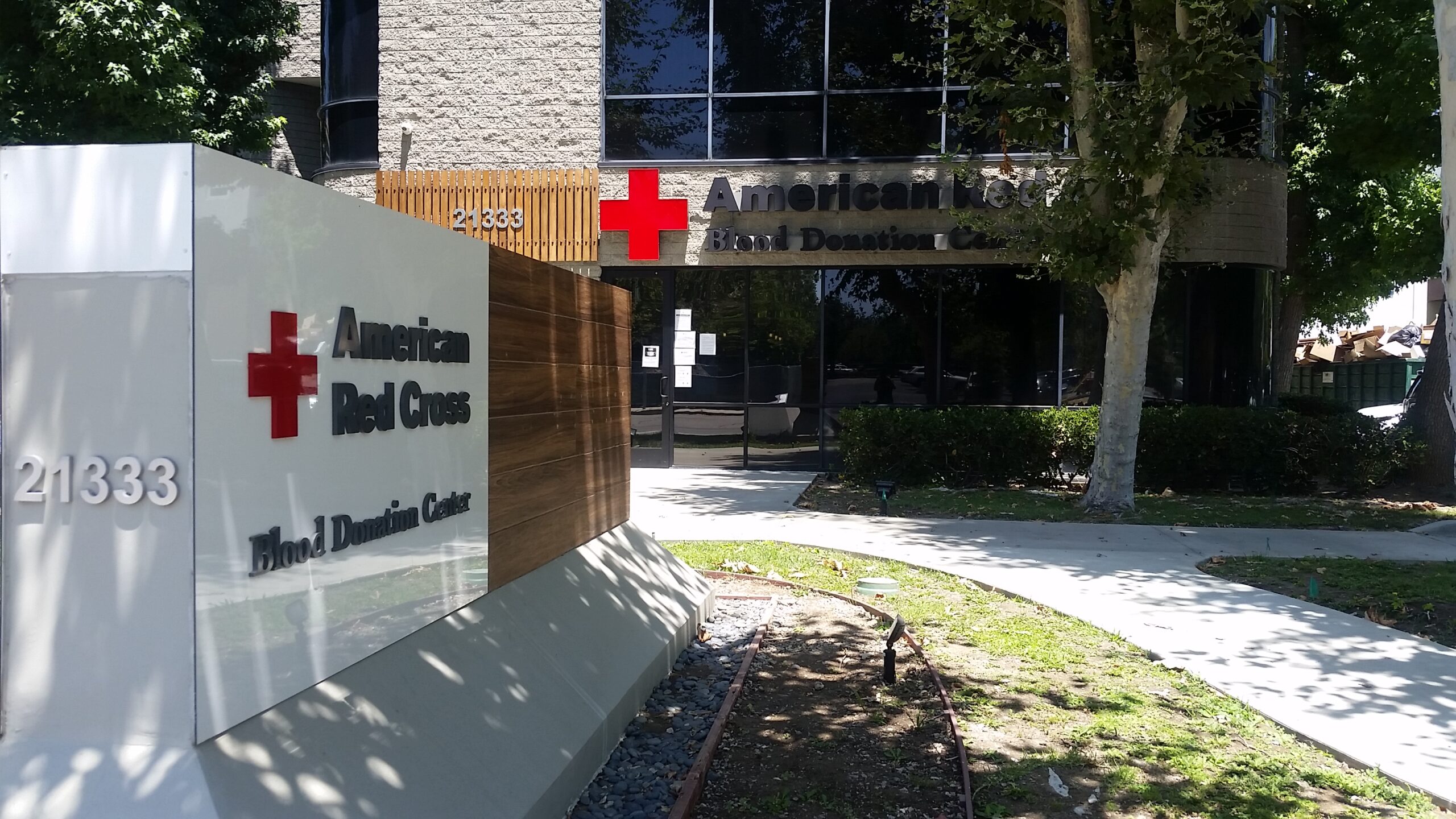 I’ve been nervous to give blood, light-headed a few times, but I had never gotten emotional until yesterday.  First, the blood center in the West Hills moved.  I went to the old location only to find the doors locked and a sign with their new location at 21333 Oxnard St, in Woodland Hills, CA.

It’s a nice, new setup.  The donation floor seems a tad smaller, but the cantina is larger. But that’s not the reason I got emotional.  Aside from giving blood, I wanted to take a picture of Karl Lembke’s plaque, showing his 600 platelet donations.

I knew Karl through Loscon and the Loscon Con committee.  Karl passed away on May 15th of this year from Multiple Myeloma.  It left him with no bone marrow to make blood cells.  But before he was diagnosed and had to stop donating, he had donated a total of 997 platelet donations.  My thirteen gallons, one pint every other month, is nothing compared to his every other week, two-hour long donation of platelets.

I was already a regular donor when I met him, but his dedication was an inspiration to me.  And I know he encouraged many others to donate.  I can’t think of him without saying to myself, “I’m not worthy! I’m not worthy!”

The Red Cross did not have his or the other plaques up.  They had just moved in three weeks ago.  But when I asked about it, the nurses remembered him fondly and were saddened to hear of his passing.  They told me he had come by about a year ago just to say “hi” since he could no longer donate.

Talking about him made me choke up, I couldn’t help but to cry.  One of the nurses found his plaque and offered to update his donation count.  They offered to loan me the plaque and a picture of him and the ARC staff they had hanging in their lunch room for his memorial in two weeks.

I can’t think of a better tribute.  He helped save countless lives.  I’ll share the pictures when I have the plaque.

Second Steampunk screenplay:  165 pages.  <– My critique group will give me feedback on the first half in Tuesday.

Working on how many gallons?