THE END – Now the work begins 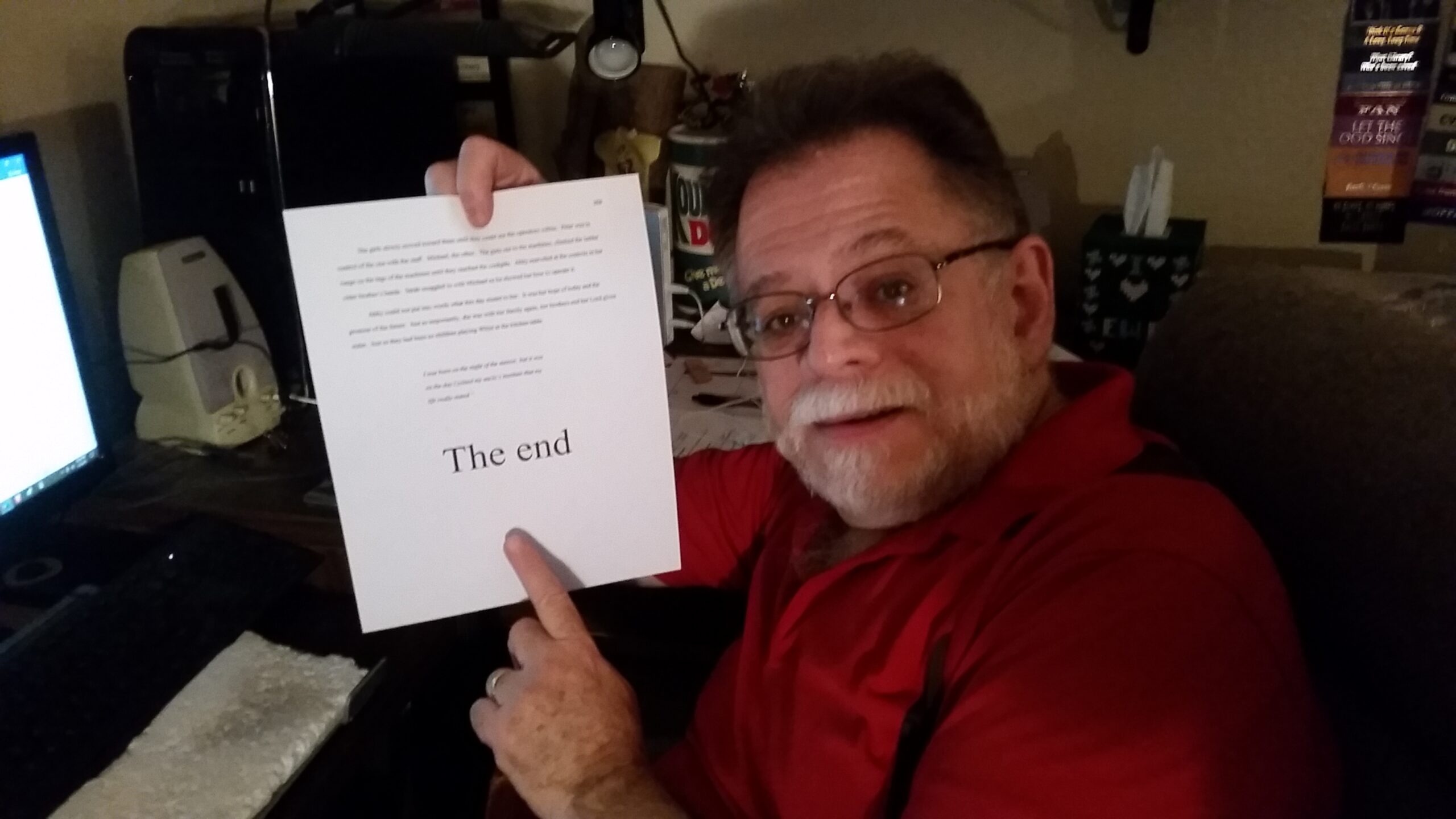 This past week, I finally finished novelizing the first of my steampunk trilogy screenplays.  It took about nine or ten months to do.  I originally thought I would finish in November, but then my day job started kicking my posterior.

This isn’t a vomit draft, a first draft where you write all your ideas down, then sort through them and see what goes and what stays.  That was the first draft of the screenplay it was based on.  That screenplay first draft was 199 pages long,  but with the help of two critique groups, I honed it down to 143 pages.  Still a bit long for a screenplay – ideally it should be about 120 pages – but still better than it was.  I’m still working on it, as I wrote the novel, I made little tweaks here and there.  I still have to go back and put those changes in the Final Draft (.fdx) file.  And there is one fight scene that I worry might be a bit confusing and I’ll probably end up rewriting it.

But novelizing the screenplay was the easy part.  I mean, the whole story was right there in front of me.  Now the work of editing and rewrites begins.  Like I said, there’s already one scene I know I’m going to rewrite.  But first I have to get some feedback.  Writers might sit alone in a room and type away all night, but they need others.  That’s where critique groups come in.

My screenwriting critique group has already read the first six chapters of my novel, and this month, they will read three more.  That will bring them up to nine chapters out of fifteen.   Since we take turns, that may take several months for them to complete.  But if they find plot, character or editorial problems in the chapters they’ve seen, I can correct those kinds of problems in the chapters they have yet to see.

In February, at our next Writer’s Conference, I intend to get two ProCritiques.  I’m going to select an agent and an editor to read the first twenty-five pages of my novel.  Again, if I have problems in those first twenty-five chapters, I probably have the same problems in the rest of the book.   I want an agent and an editor to review my work so that I get those two different viewpoints.

After I’ve assimilated all that feedback, both from peers and professionals, then I will need a professional editor to go through it.  All this will cost some money, but it will put my work in the best position to be accepted by an agent, and eventually, a publisher.

August will be the next Writer’s Conference and that’s when I intend to pitch my book to literary agents.

In the meantime, I will be finishing the second screenplay in the trilogy so I can start novelizing that one.  My overall goal for the year, and years to come, is to finish one screenplay and novelize the previous one.  I’ll keep doing this until I no longer have a day job and can dedicate more time to my writing.