Now How Much Would You Bleed? 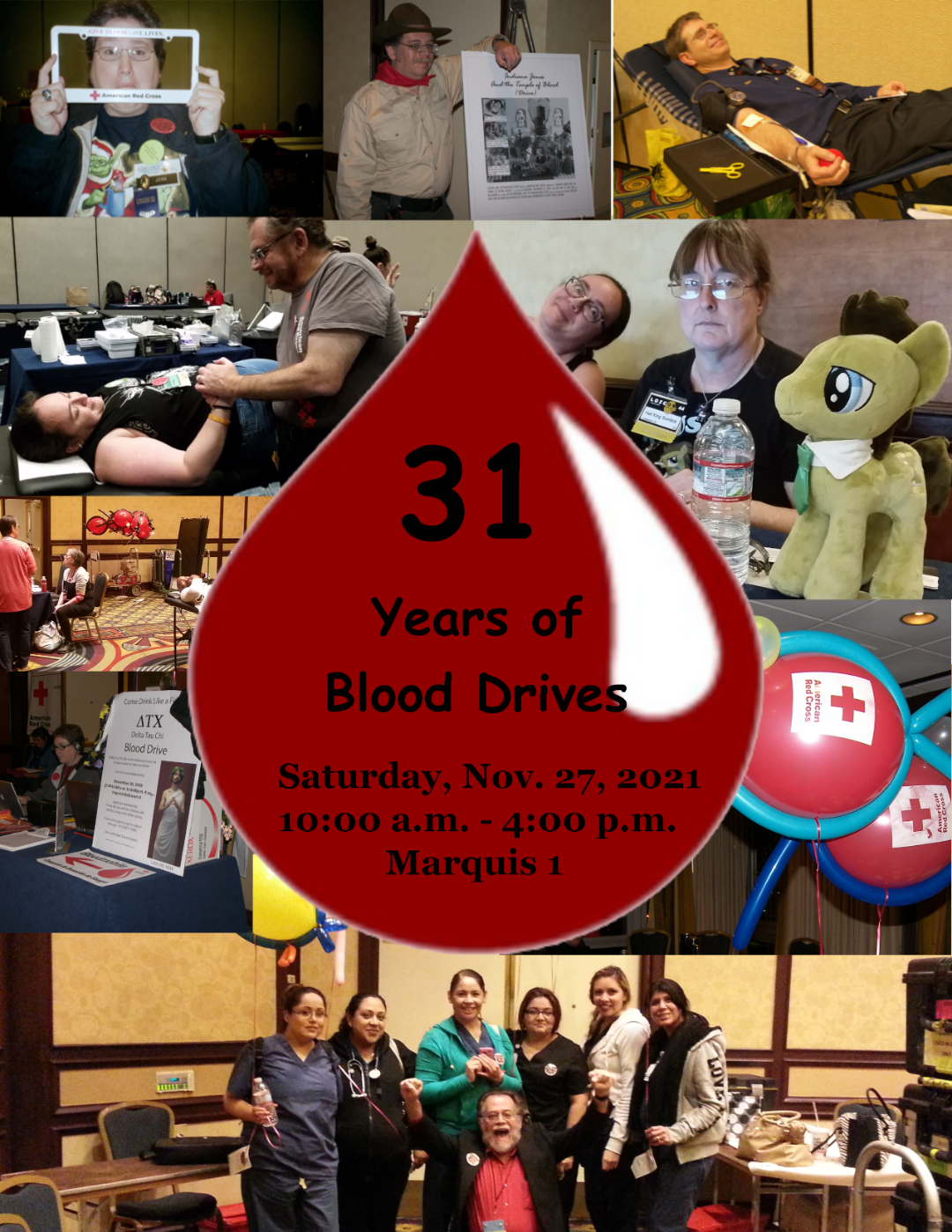 That was our slogan for our “As Seen On TV” themed blood drive.  Every year Kris and I host the Loscon blood drive.  Generally, we tie our theme to the theme of the convention.  When Loscon had a steampunk theme, our theme became the start of my steampunk trilogy.

This year, as the Fan Guests of Honor, we are celebrating 31 years of blood drives.  It would have been 32, but with covid canceling last year’s Loscon…

We started back in 1989.  Kris and I were members of the U.S.S. Alliance, a Star Trek fan club.  As a club, we were looking for a community service event to help out with.  Many Star Trek clubs are big on community service.  As a regular blood donor, I suggested a blood drive.

Many things have changed since that beginning.  At first, all the donations were walk-ins.  There were no scheduled appointments.  That was because con-goers would arrive, look at the schedule and decide when they wanted to donate.  Anytime we got a new American Red Cross rep, this would send them into a panic.  They were all used to corporate blood drives where people would sign up as much as a month in advance.  Going into the day of the blood drive with no sign-ups freaked them out.  But after a few years, our track record quelled their fears.

Now, with Covid, all blood donations have to be scheduled.  And with scheduling online, we are getting people coming in that are not even part of the convention.  Our venue, the LAX Marriott, was gracious enough to let donors park for free if they were there to give blood.  Neither we, nor the hotel staff, knew this was going to happen.  Now we know to expect this.

The biggest compliment we ever got from the Red Cross was the year we did a blood drive for Worldcon in Anaheim.  The Red Cross office down there was going to send us three nurses.  But then our local rep in Burbank called them and said, “Send them more nurses, these guys know what they are doing.”  We collected 98 units over two days, our best to this date.

Took a break from writing this week.  A few health issues and getting ready for Loscon.

Some pictures from previous blood drives at Loscon:

It has become a tradition to give out balloon fish to all our donors.  It started one year when I ran out of heart-shaped balloons. 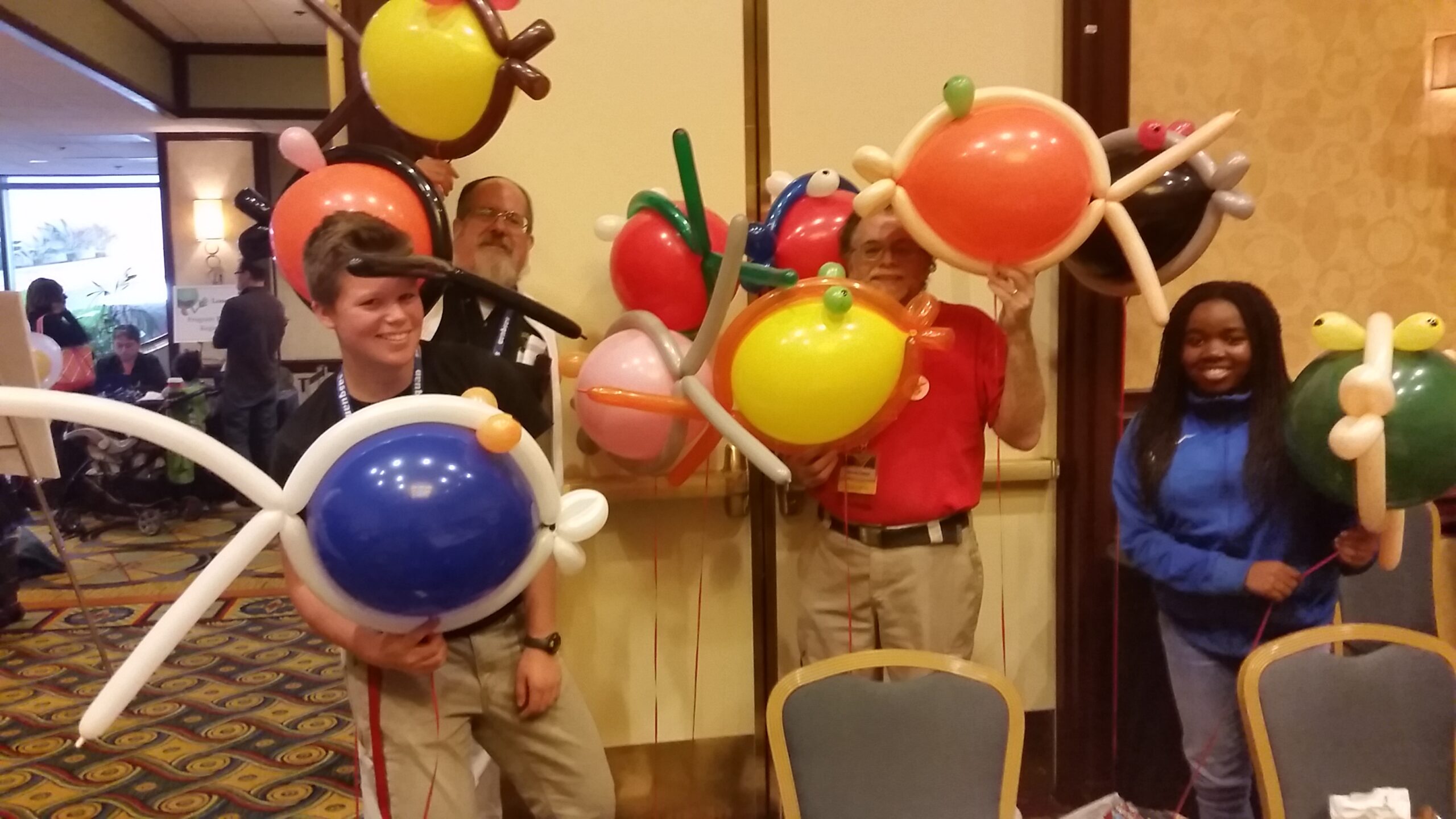 Liz, Kris and Dr. Hoves at the check-in table.  Our Bronieness was particularly showing that year. 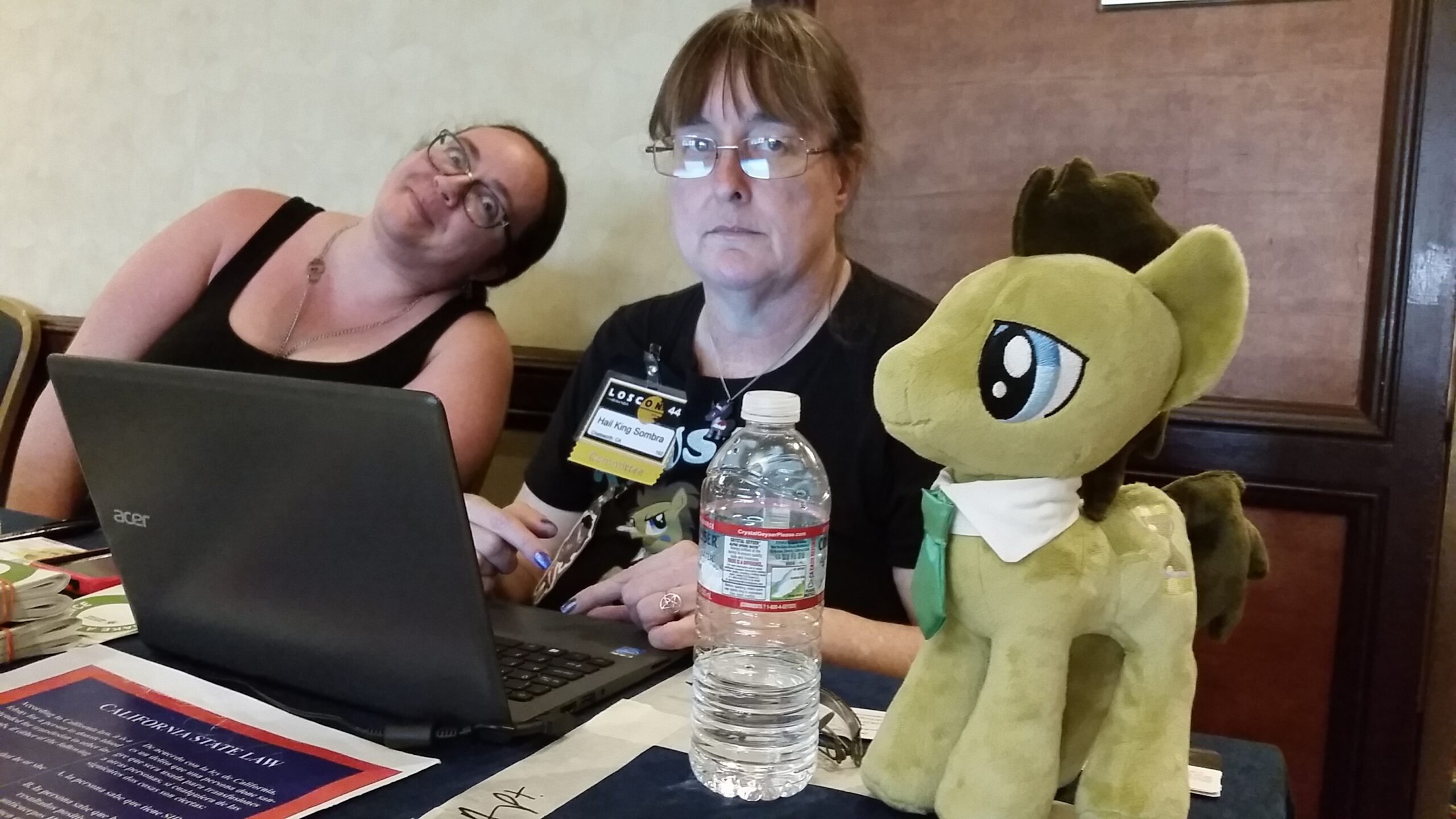 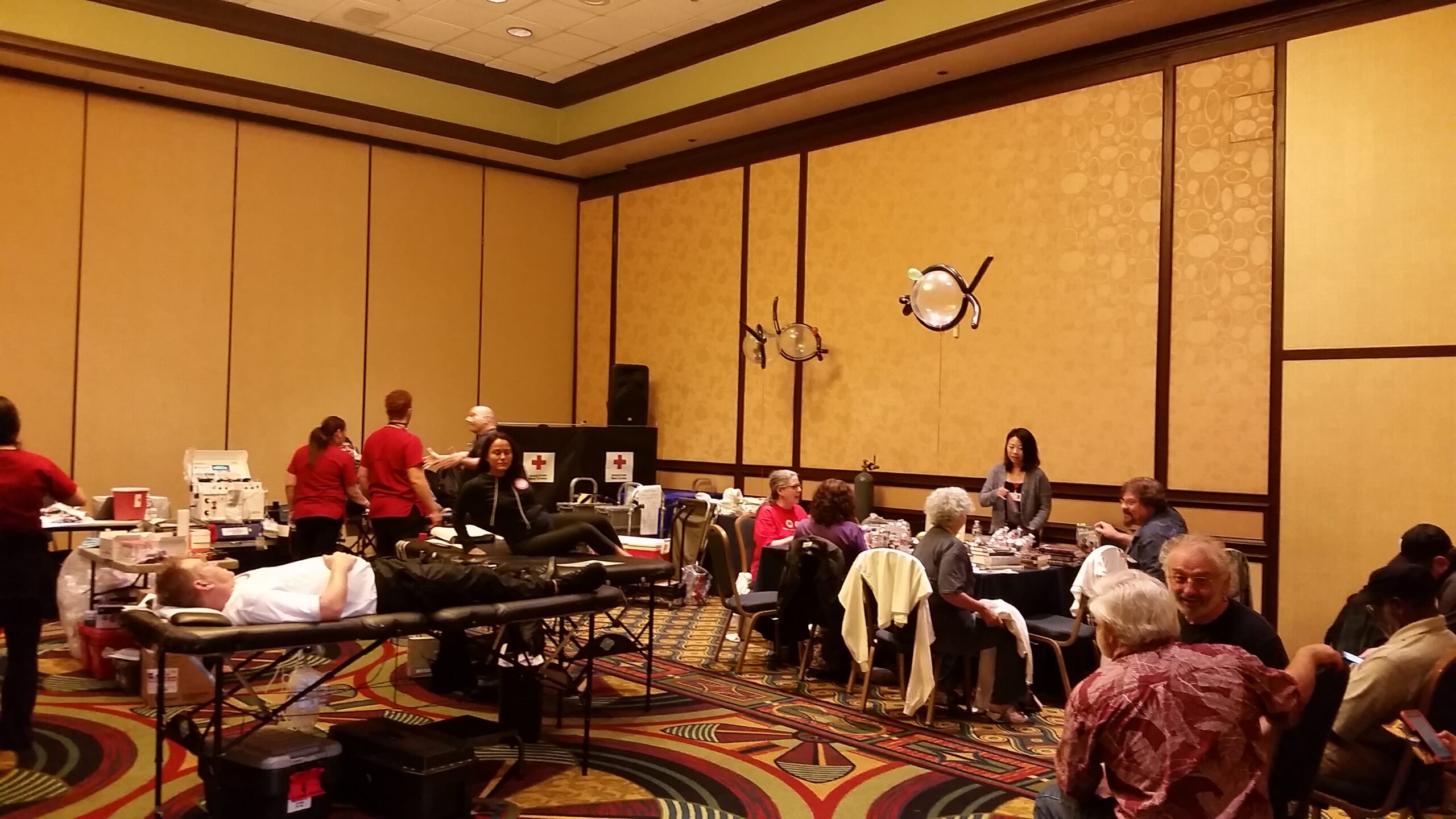 Me holding Liz’s hand while she donates. 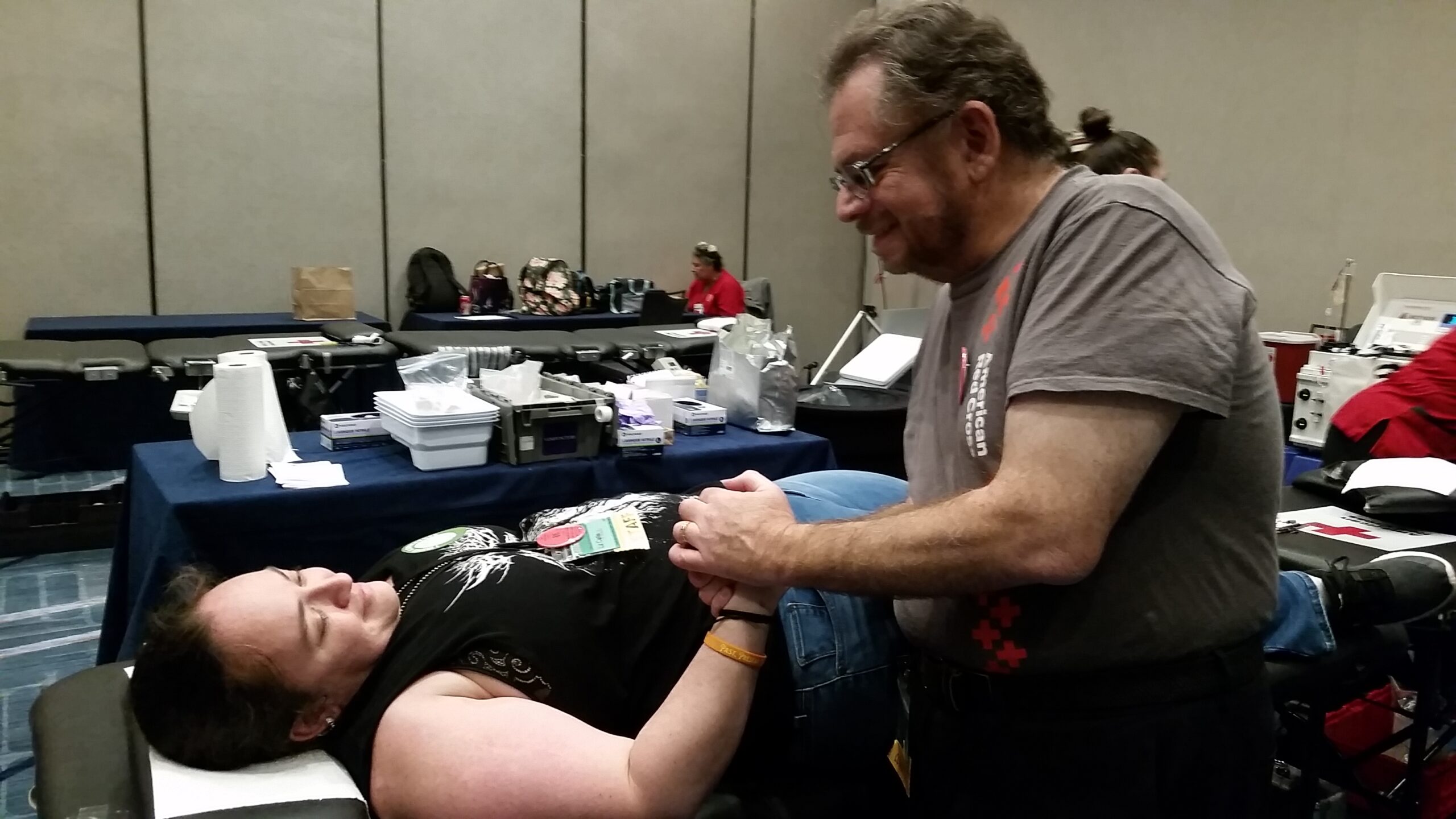