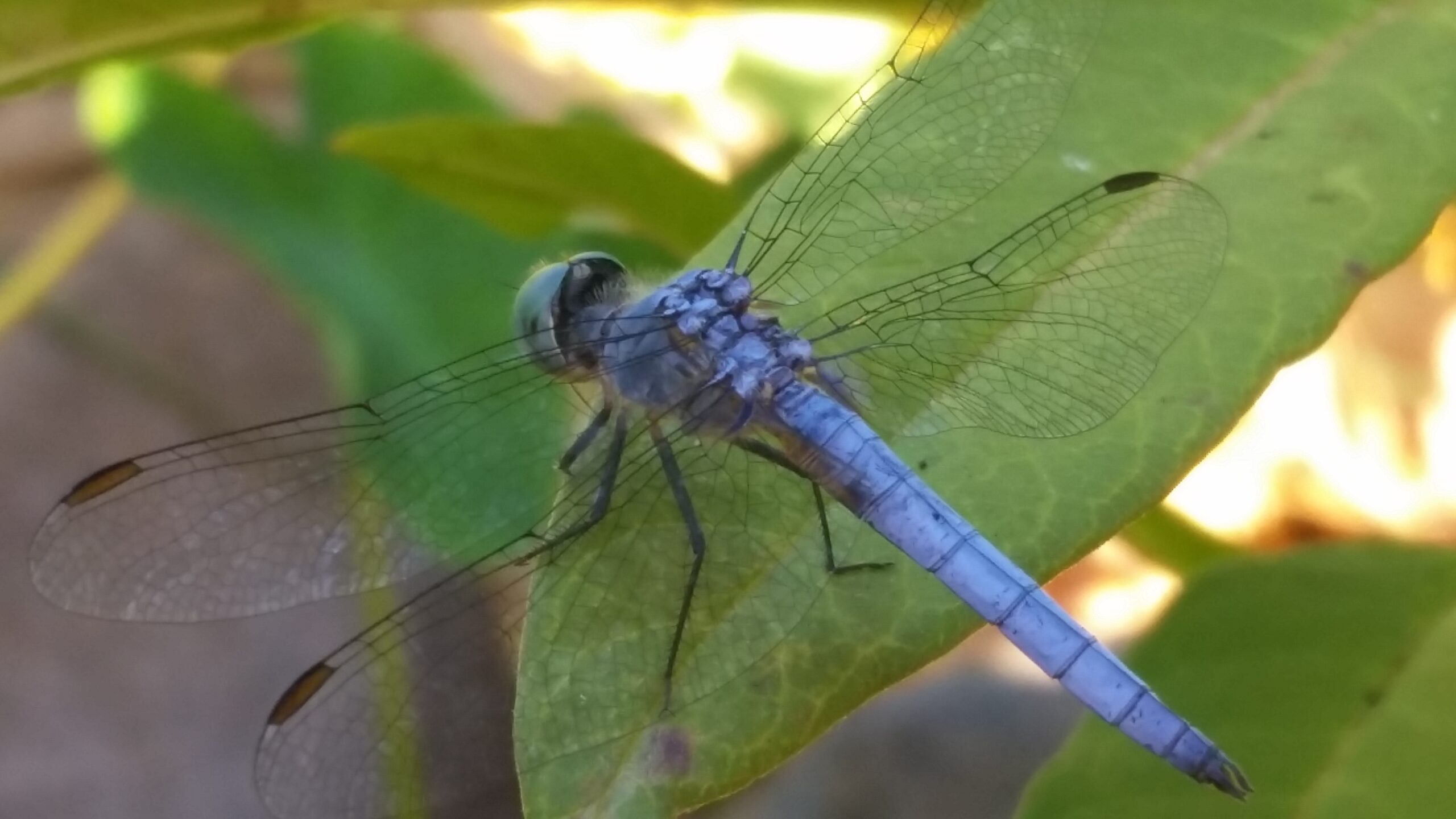 We’re not going anywhere today, it’s 104° outside!  And tomorrow it’s supposed to be 106° in Chatsworth.  But that’s okay because last weekend we did go out to the duck pond at CSUN (California State University, Northridge) to look for dragonflies.

Last month was our first trip back to CSUN during this dragonfly season. There were tons of them, all flying around in a frenzy of eating and mating (it was the height of their mating season). It was impossible to take any footage of them because they never perched anywhere for more than a couple of seconds!

There weren’t as many around last week.  We did see this one red skimmer, but he wasn’t as friendly as Zack was a few years ago. We did find a blue one that Kris managed to coax onto her finger.  With the close-up lenses I had on my cell phone, I did manage to get a few good pictures, like the featured photo of this blog.  I say he and Zack were “friendly” because I got to within two inches of him with my phone.  That’s pretty trusting.  Most dragonflies won’t get on your hand, let alone let you get that close with a camera.  At some point, I even bumped into his wings. Here is Kris holding the dragonfly.  The focus goes in and out because, with the close-up lenses, the distance is critical.

Oh, and this was going on during our visit.  A resident duck had a stand-off with an intruder.

Second Steampunk screenplay:  165 pages.  ß My critique group has now given me feedback on the second half of my screenplay.  Now the real rewrite work begins.

“Simple to make, it’s like a giant cheeseburger.  I suggested either bacon, onions or barbeque sauce could be added, but Kris said she liked it the way it was.  I would suggest increasing the Bisquick topping next time.  It was hard to get it even over the meat and cheese.”  – Vincent Reinheart