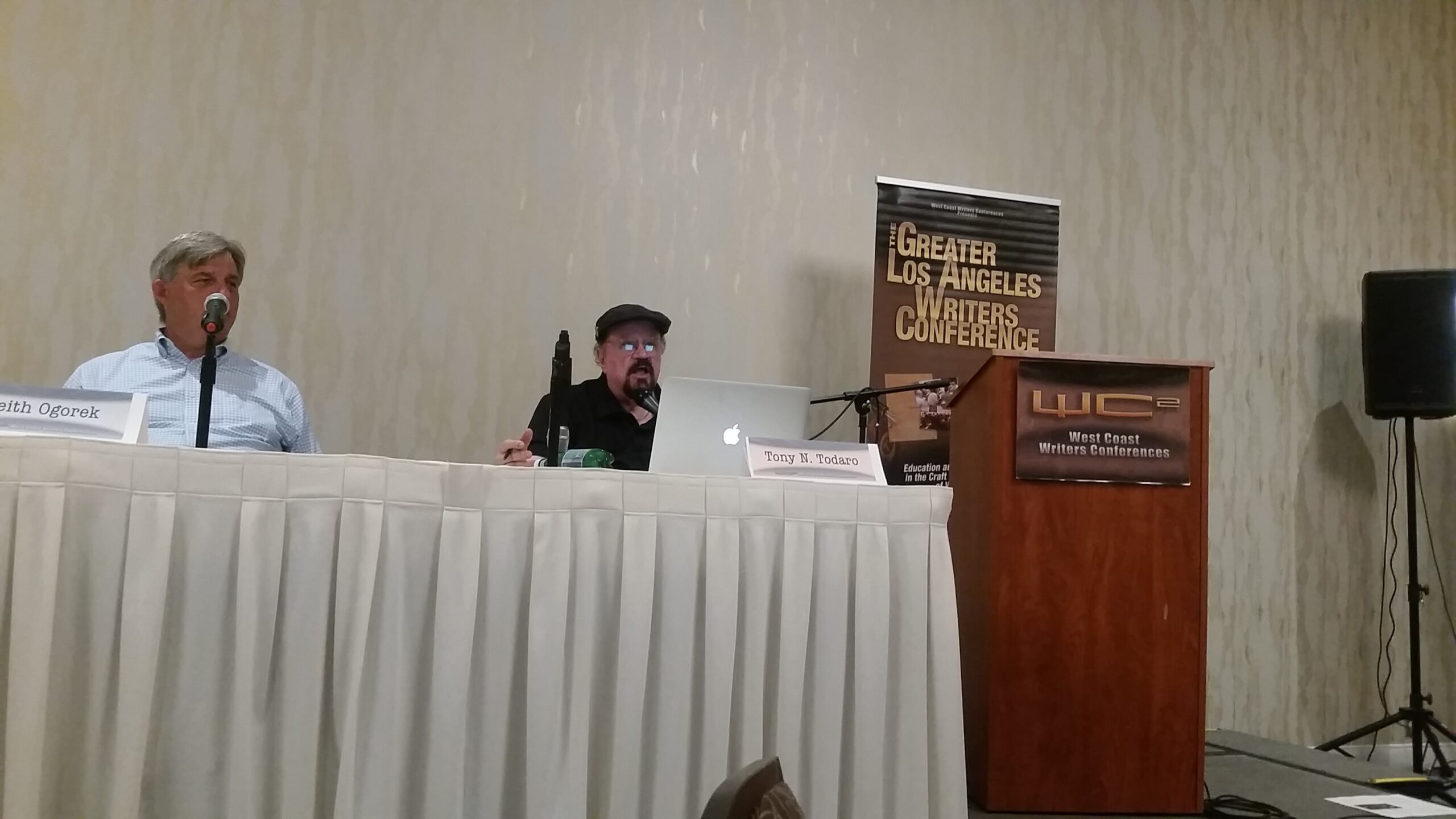 Two weeks ago, was the GLAWC, after which I was too brain-dead to write it up.  The following week I wrote about Karl Lembke’s memorial.  So now, here is my overview of the conference.

This was the first in-person conference in over two years.  It was held at the newly renovated Hilton Hotel in Culver City, formerly the Double Tree Inn. 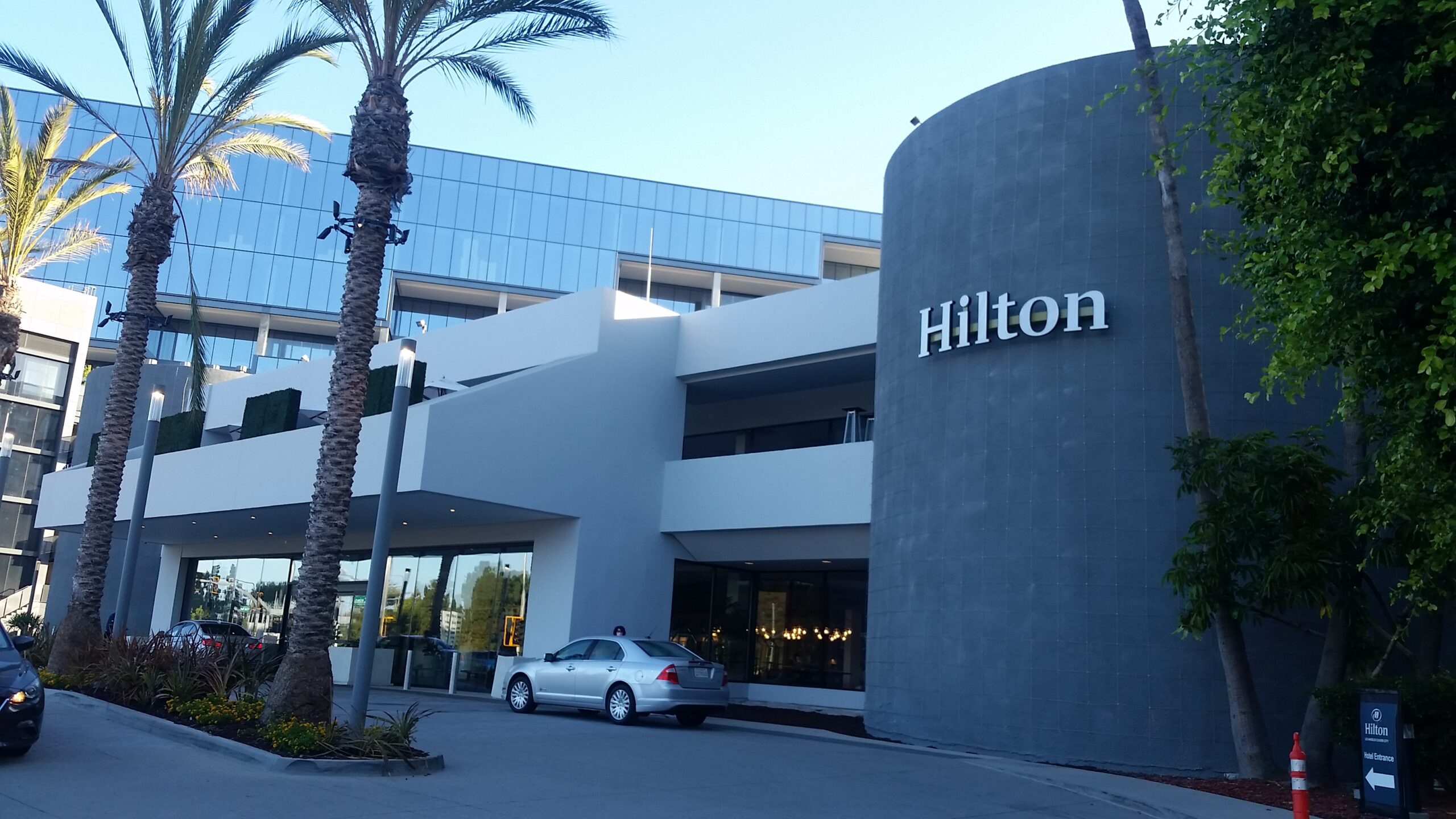 The best part about it was seeing everyone in my writer’s community in person again.  It started on Friday, August 5th.  Being a volunteer, there wasn’t much time for catching up at the start.  We were busy setting up all the rooms with A/V equipment, setting up registration and putting up signage.  I won’t go through every panel; two or three tracks were going on at once, but here are some highlights:

The first panel of the conference was Angela Marie Hutchinson’s “Creating Your Own YES!”.  She gave a brief, personal history of how she went outside conventional norms to get her projects picked up and produced.

Later, Michael Tabb, a relatively new speaker at these conferences, spoke on, “The 5 Major Character Purposes”.  Not character types like the antagonist, protagonist, hero, villain, etc., but purposes.  I thought this was a fresh and interesting take on developing characters. 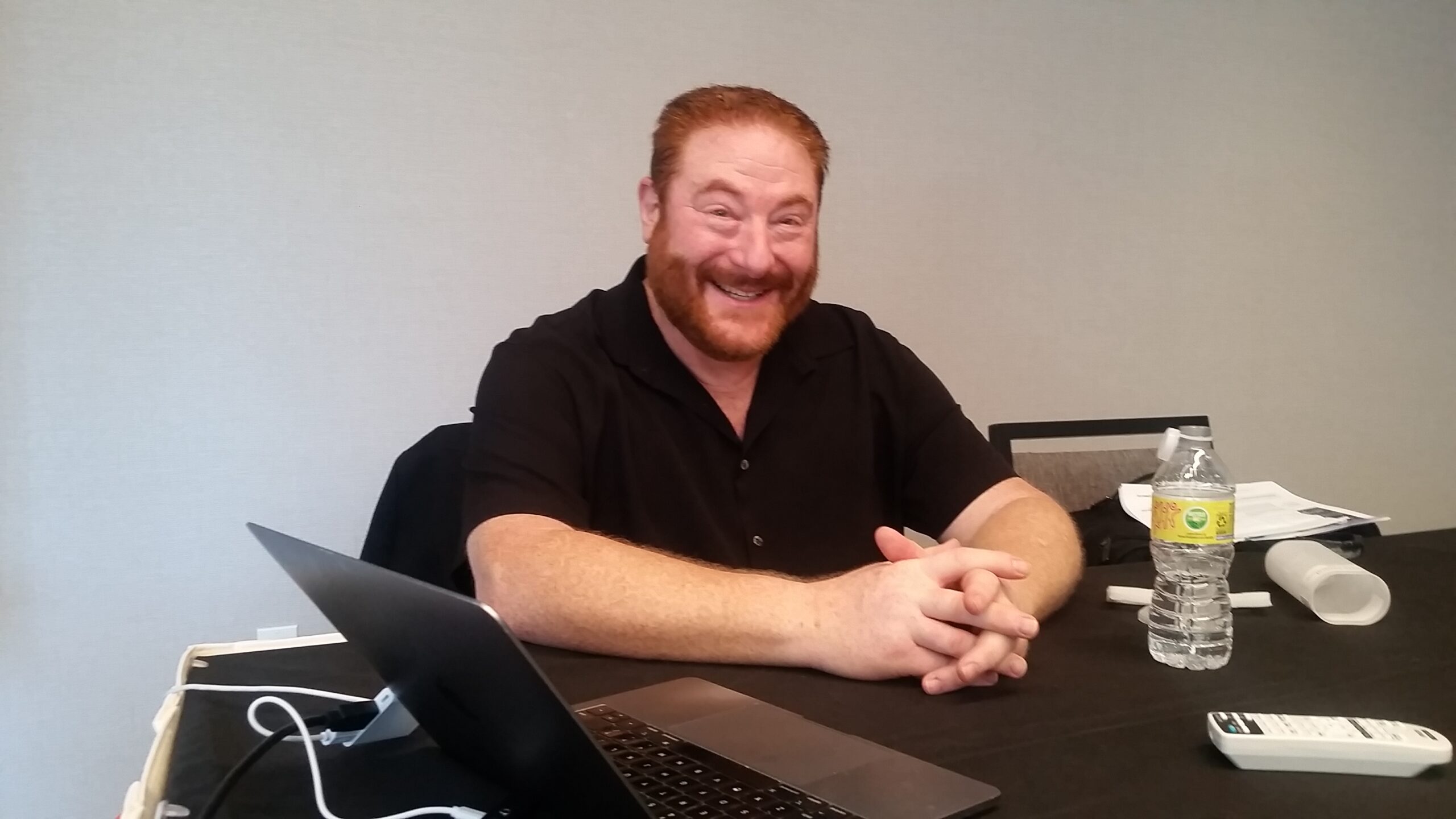 One panel that I have moderated before was on World-Building.  This was discussed by Guy Morris, Neil V. Young, Chrome Oxide and Peter J Wacks.  One thing they discussed about a setting as a “character” was how does a setting affect the characters in your story.  I never thought about it that way. 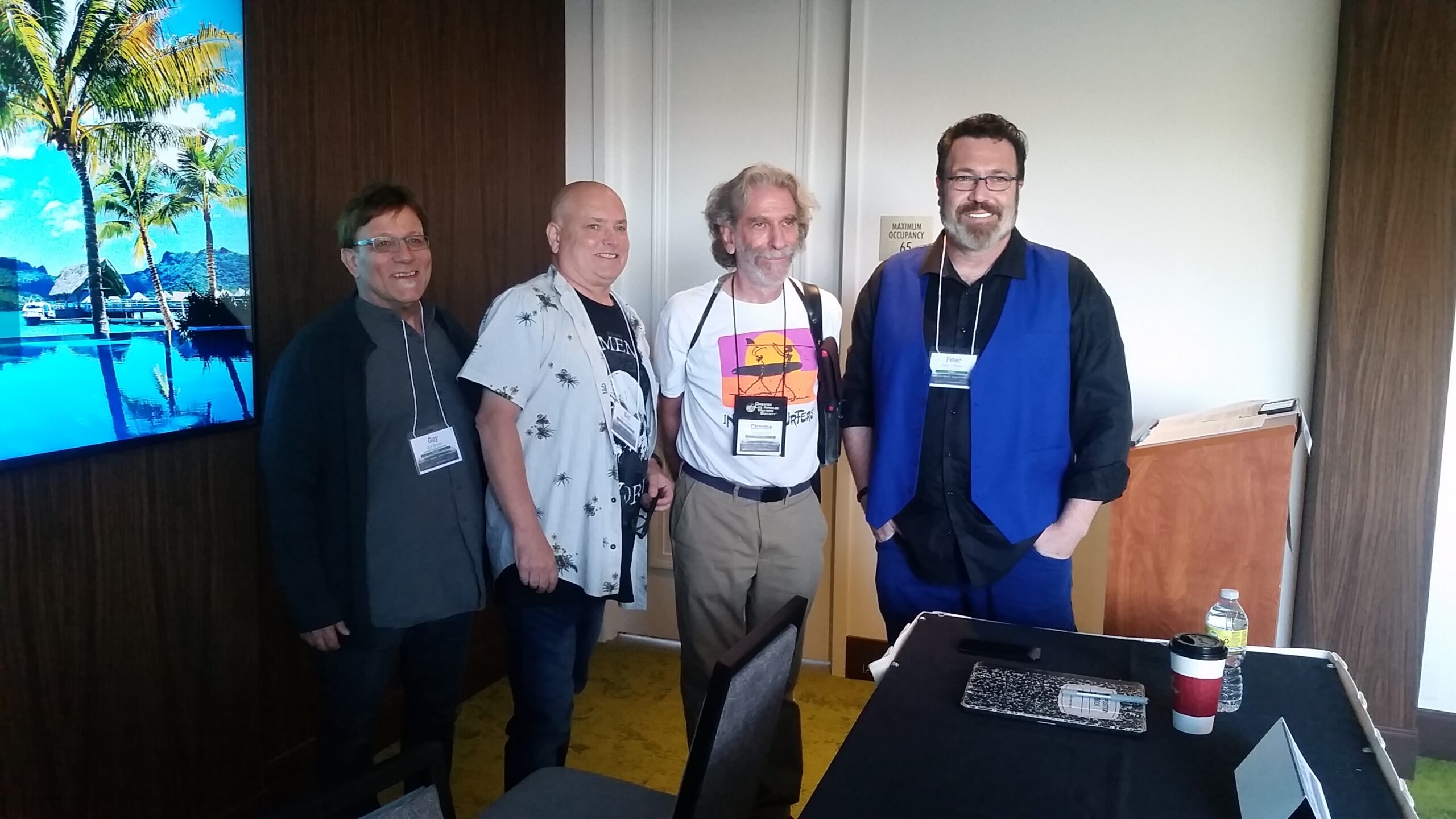 In the evening, we had the “Social Networking with Attendees (YOU) and Faculty”.  This was drinks and/or dinner in the hotel’s bar and restaurant.  This is where we really had a chance to relax and catch up with each other.

Saturday, August 6th, GLAWS vice president Nic Nelson held the panel, “Panic for Fun and Profit:  Deadlines as Lifelines.”  It was an interesting discussion on how the brain works when in panic mode.  It’s not just fight or flight, but also freeze or focus.  It was about how to harness the power of focus to deal with a deadline.

Later, we had lunch catered by the hotel.  It was an Italian lunch with various pasta entrees. 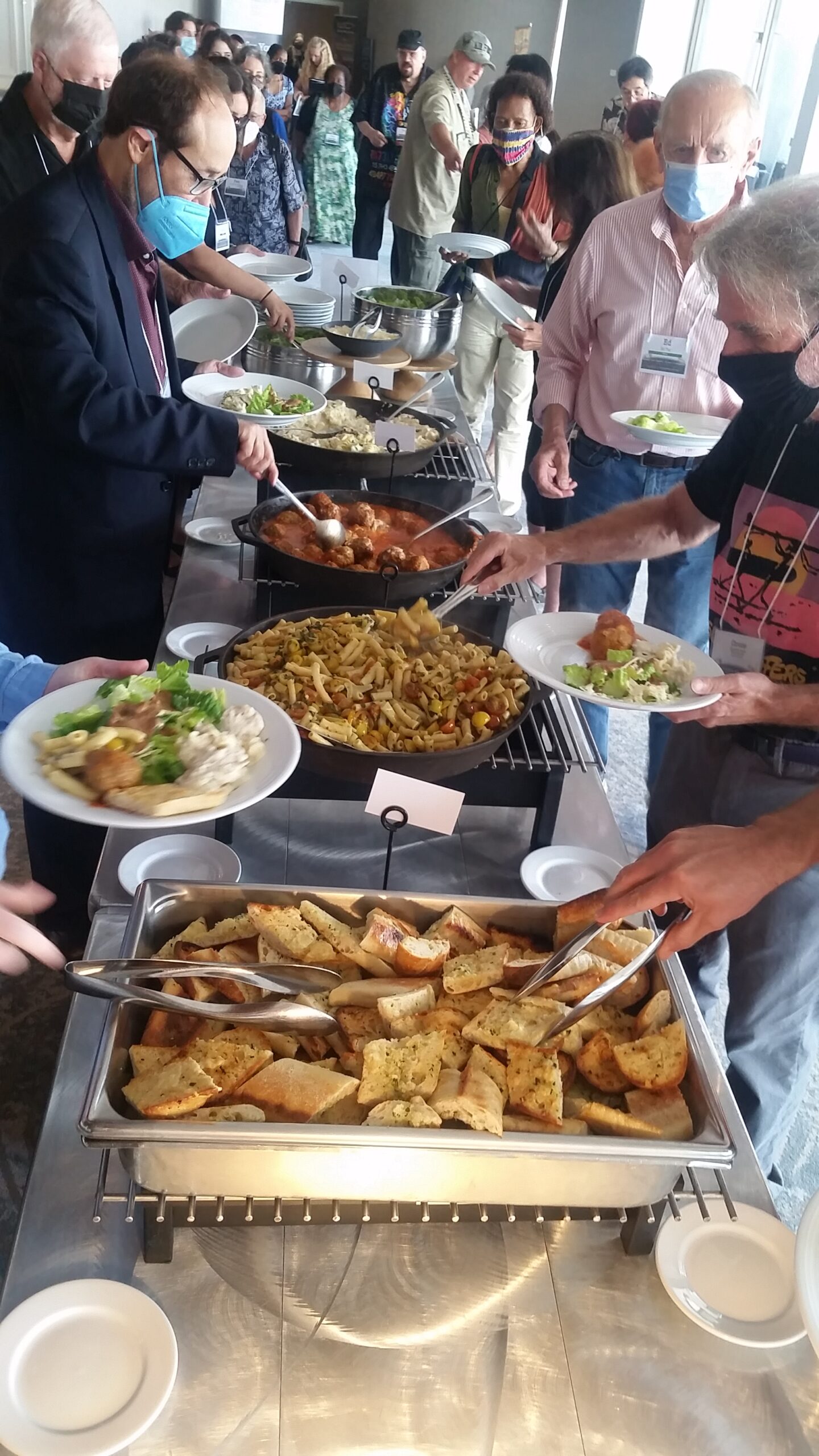 And some amazing dessert. 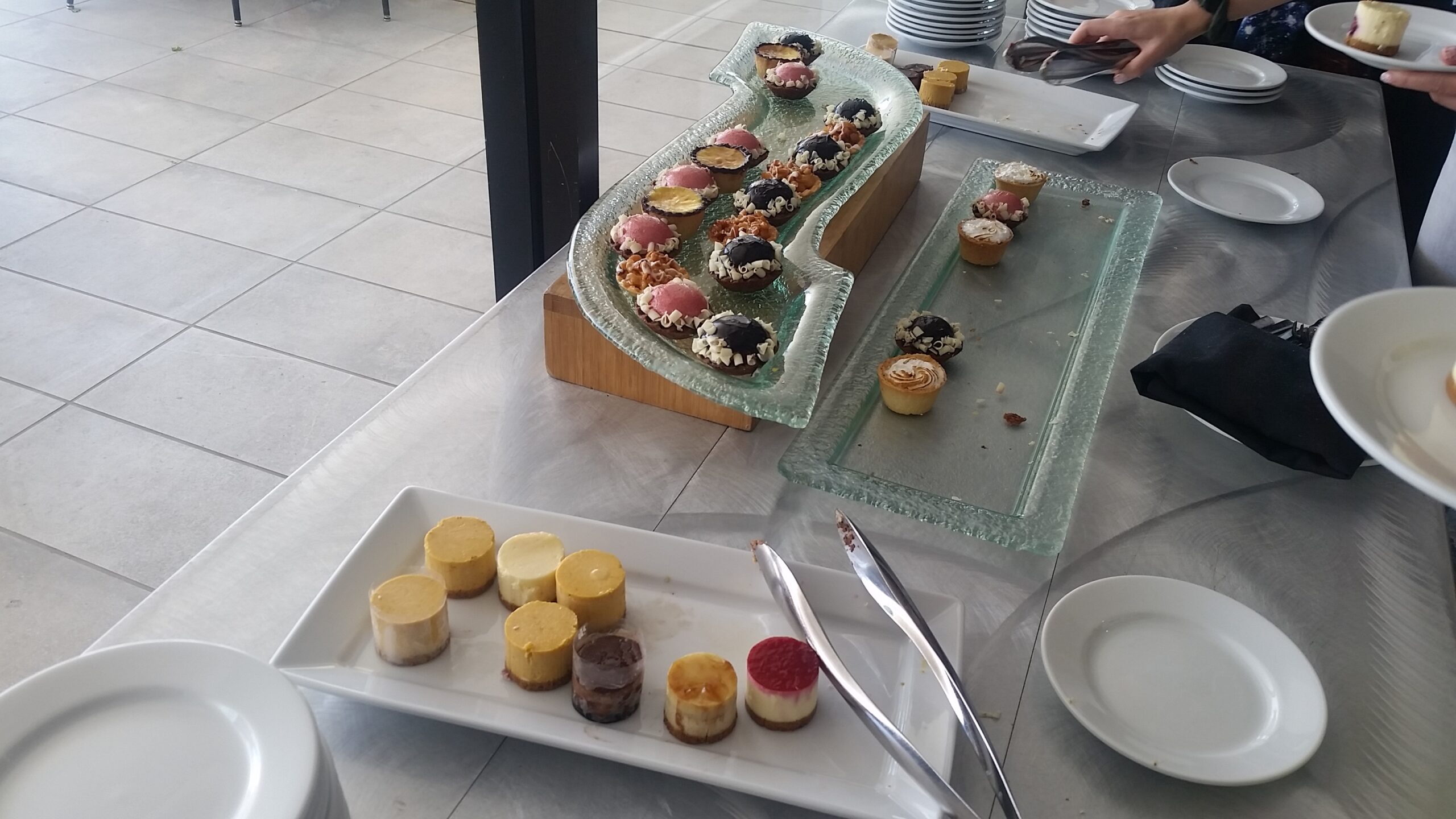 “I have to admit I am a bit jealous.  Those desserts look rather scrumptious – and fly size!” — Vincent Reinheart 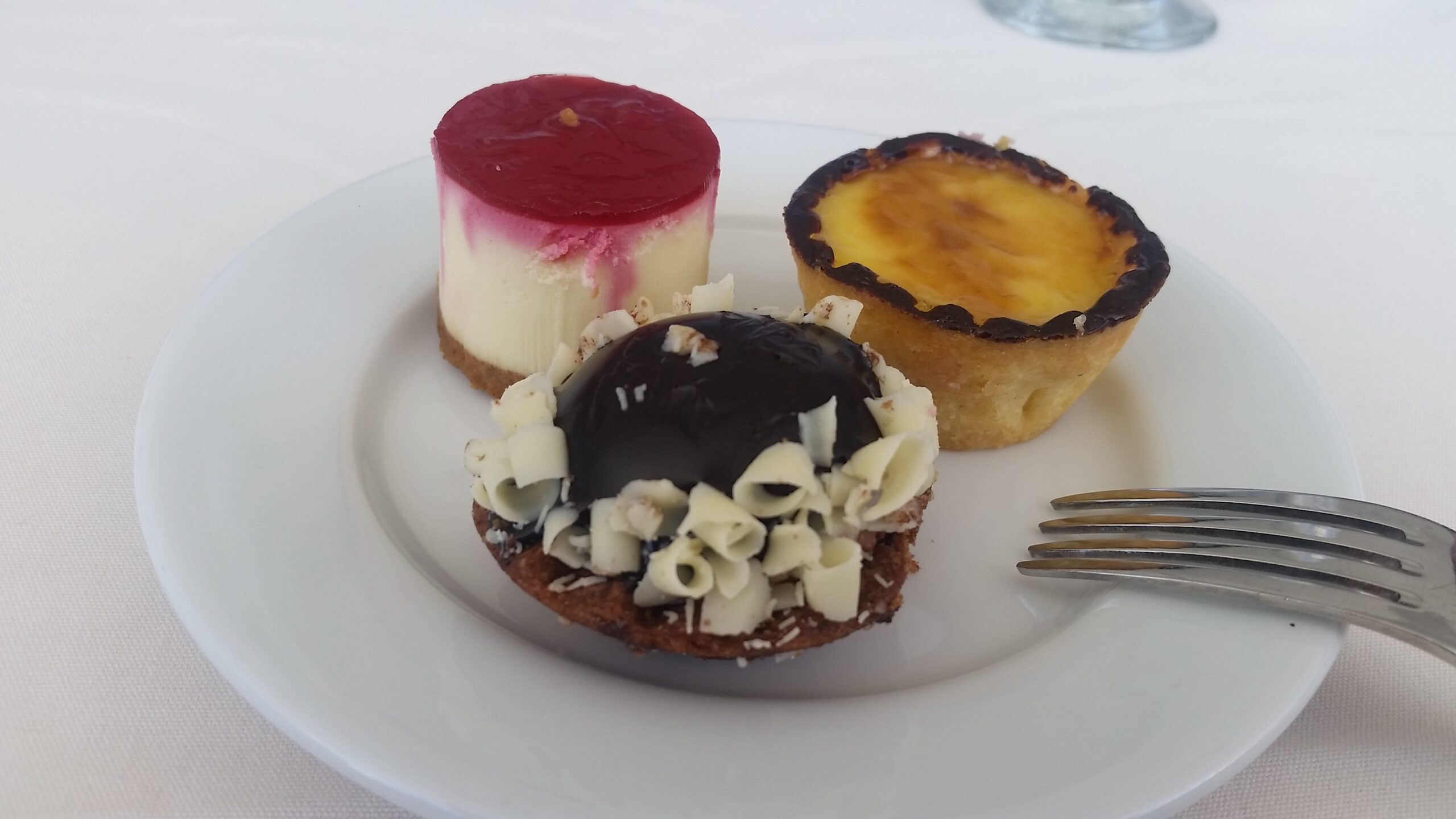 Keith Ogorek was the keynote speaker on “7 Things Hollywood is Looking for in a Good Book to Make Into a Movie.”  This was pertinent to me as I write everything as a screenplay first, then I novelize it.  I do this because I eventually want my stories on the screen. That’s why I went to USC Cinema/Television.

Guy Morris held the panel, “Infusing Your Fiction with Reality”.  The takeaway I got from this is that the idea of research can be daunting to some people.  But if you are writing something you love (which you should be), then you should be researching topics that interest you.  I find this true in my own writing.  For example, I found out where the term “bobbies” for English police comes from.  In the early 1800s, Sir Robert Peeler formed Scotland Yard and the modern British police force.  These officers were known as “Peelers” or “Bobbies”.  “Peelers” didn’t stick for very long, but “Bobbies” did.

One of the last two panels of the day was literary agent Steve Hutson’s, “The Quintessential Query”.  This was about the importance of a good query letter, how to catch an agent’s attention and what an agent is looking for in a query letter.  As he put it, it’s your chance to make a first good impression.  At the end, he did take query letters from the audience and reviewed them.  Apparently, most of us didn’t know he was going to do this because only one person in the audience had a query letter on her phone.  But he did say he would look at query letters the following day.

So, Sunday, August 7th, I did catch up with Steve and sat down with him with my query letter.  He did like my synopsis, which was the most important thing.  Writing a 72,000-page novel may be hard work, but even harder is capturing that novel in a three-paragraph synopsis and making it sound interesting.  You have to drop all those subplots you put so much work into and get to the gist of the story.  He also gave me some pointers on how to improve other parts of my query letter.

He also mentioned that 72,000 words were a bit on the short side for a steampunk novel.  So, between him and my critique group, I have a novel I have to expand and a screenplay I have to shorten.

The last panel I attended before leaving for Karl’s memorial was “Beyond the First Draft:  Techniques for Editing your own work and When to Hire a Pro.”  They confirmed pretty much what I have been doing.  First, take it to your friends and family, but they love you and will just love whatever you do.  (In my case, Kris has edited several newsletters and builds websites, so she has professional experience in editing – and she catches my many spelling errors.)  Then the next step is to take it to your critique group(s).  These are people that have an understanding of writing and do not have a personal interest in you.  They are neutral.  Next, get a sample critique (or a ProCritique through one of these conferences).  This is having a professional editor or agent look at the first 15-20 pages of your work.  This is important because if you have errors in your first 15-20 pages, you probably have the same problems throughout your work.

Lots of new panels and topics at this conference.  Conference president Tony Todaro works hard to keep these conferences fresh and current.

The next conference will be a Zoom conference in October, then an in-person one again in February.  I will share the details as they become available.

Second Steampunk screenplay:  165 pages.  <– My critique group gave me feedback on the first half.  Making some notes for potential changes, but waiting for them to read the second half before I really start. 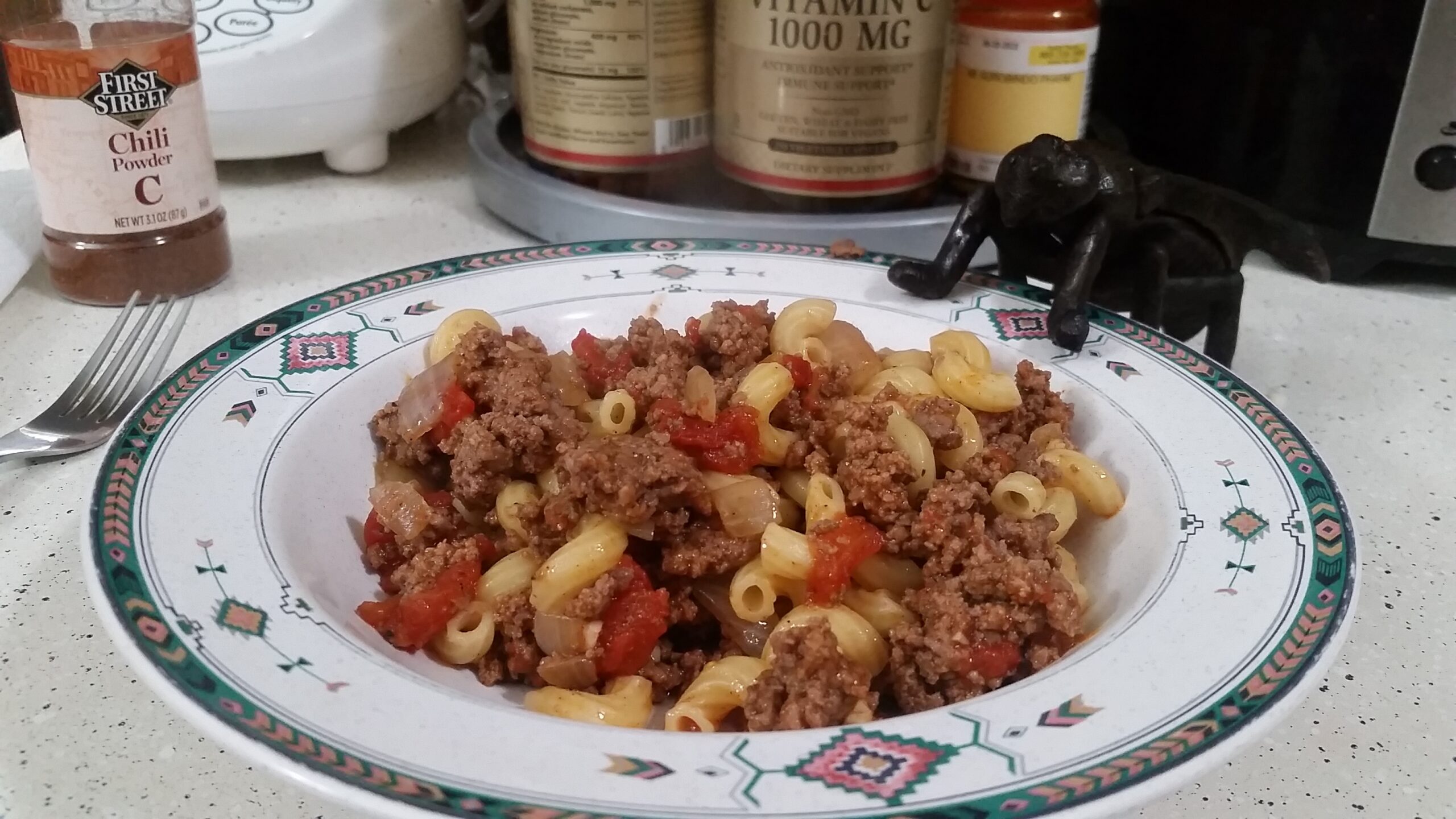 “I grew up thinking that Goulash was some exotic dish, like Hungarian Goulash Lisa Douglas would mention on “Green Acres”.  It’s actually quite simple to make, almost like a homemade Hamburger Helper, but surprisingly good.  A little bit of heat, but not overwhelming.  The instructions were vague on some quantities of ingredients.  Here is what Dennis used:  3 cloves garlic, 1 TPS salt, ½ TPS pepper, 1 TBS chili powder, and 1 TSP Tabasco sauce.  This recipe makes a lot.  Cutting it by one-third (1 lb. ground beef, etc.) would still make for a generous meal.”  — Vincent Reinheart

One thought on “The Greater Los Angeles Writers Conference”