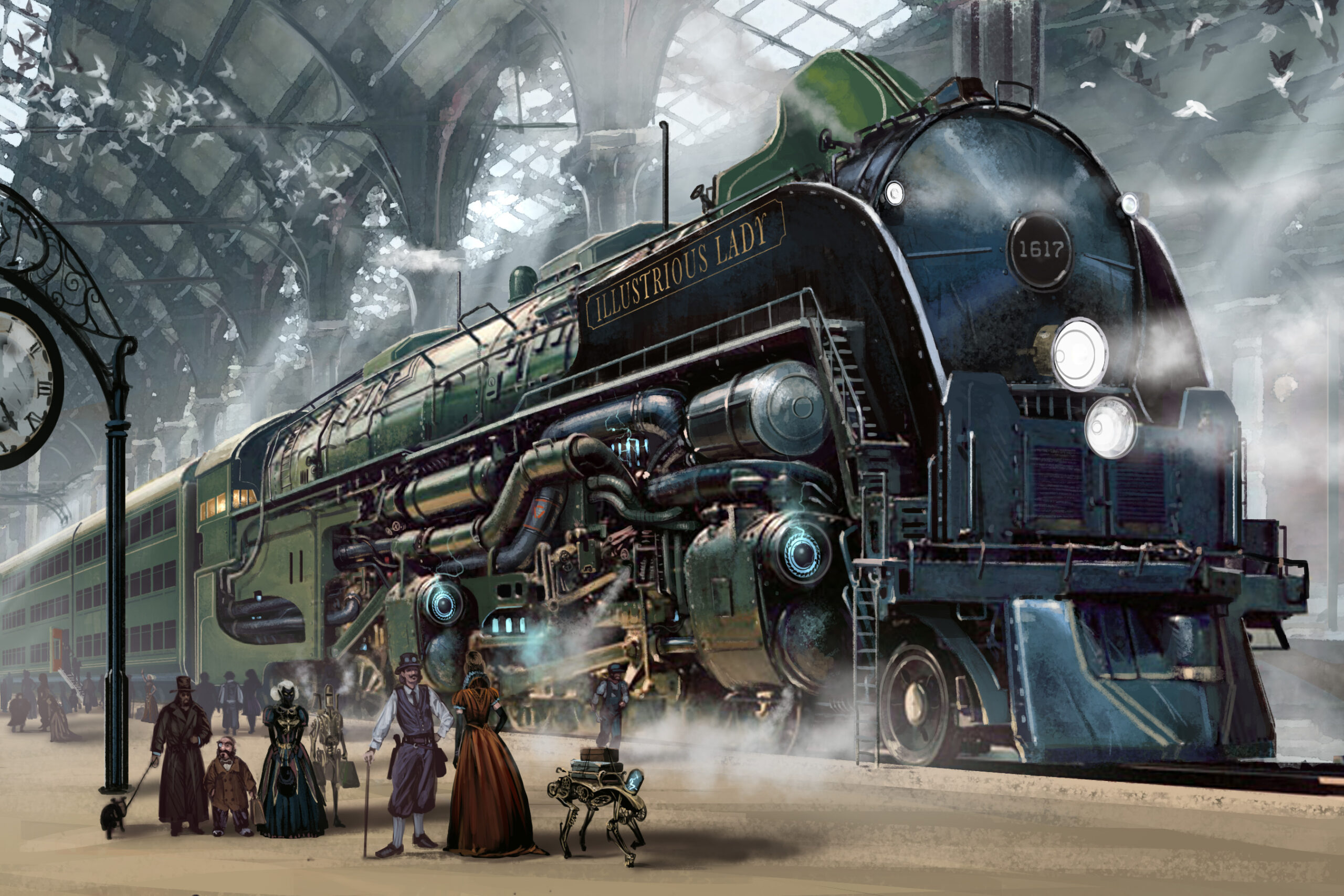 I was a member of GLAWS for about a year before I joined my first critique group.  That was because I didn’t join until I had a finished work to present.  But when I joined, I found you learn just as much about writing a screenplay critiquing others’ work as you do as having your own work critiqued.  So that was a mistake.  I should have joined earlier.

What wasn’t a mistake was presenting my work only after I finished it.  This is something I learned from my time at USC Cinema/Television production.

In a USC screenwriting class, we would take turns sharing our story ideas as we were developing them.  Then later in the semester, we would share pages of our screenplay as we wrote them.  No one had a finished screenplay because we were also busy making our student films, taking production classes and film history classes.

The GLAWS critique group I was in worked in a similar way.  Three of us at a meeting would share fifteen pages of a project we were working on.  Some were complete, others were not.

What I saw at USC over and over again is someone would share their story idea, having written none or very little of it.  They would then get feedback, most of it good.  The problem was that these good ideas could take the story in different directions.  What if your protagonist did this instead of that?  What if his best friend was really working for the enemy?  All could be good ideas, but not necessarily in the direction the writer intended to go.

When first telling his story idea, you could see the writer had an idea of how to get his protagonist from point A to point B.  But when he presented his story the second time, you could see the story now meandered around trying to incorporate all these good ideas.  The story didn’t know what it wanted to be anymore and lost its focus.  As new writers, many didn’t know how to decern what good ideas fit their story and which didn’t.

When I started presenting the first draft of my steampunk story, it was the first fifteen pages.  Bear in mind that the first plot point, the event that twists the story and sends your character in a new direction, usually happens around page twenty.  So my GLAWS group didn’t see where I was going yet.  My story starts with a meteor crashing near London, which is the impetus for a character to create a foundation that would advance science.  It is the point in which history breaks away from reality and into a steampunk England.  It also crashed on the night my protagonist was born.

I got several comments that maybe the meteor had some mysterious gas that was causing the problems when I jump ahead to when my protagonist is sixteen years old.  Or that there was something supernatural about the meteor that made the whole town fear my protagonist.  Or that my protagonist’s arguments with her mother would make her leave England altogether and find adventures in Europe.

Those were viable suggestions, but I knew where my story was going.  I knew the problems surrounding my sixteen-year-old protagonist were caused by an external enemy, not the meteor, and that would lead into the next two parts of the trilogy.  Supernatural steampunk is a subgenera.  But being from a science fiction background, I wasn’t planning to go there.  And sending my protagonist off to Europe was totally out of the question.

You have to know your story well enough to know what good ideas fit your story and which ones don’t.  The ones that don’t may lead you into another story in the future.  Keep to your vision.

What I did learn from the feedback was that I made way too much of the meteor and I had to cut it back.  It was distracting people, making them think I was going in directions I wasn’t.

First Steampunk novel:  72,282 words.  Notice how the word count goes down a little, then up a little?  That’s editing.

I have some happy habaneros.  I think I need to repot them.  The late bloomer isn’t getting much sun. 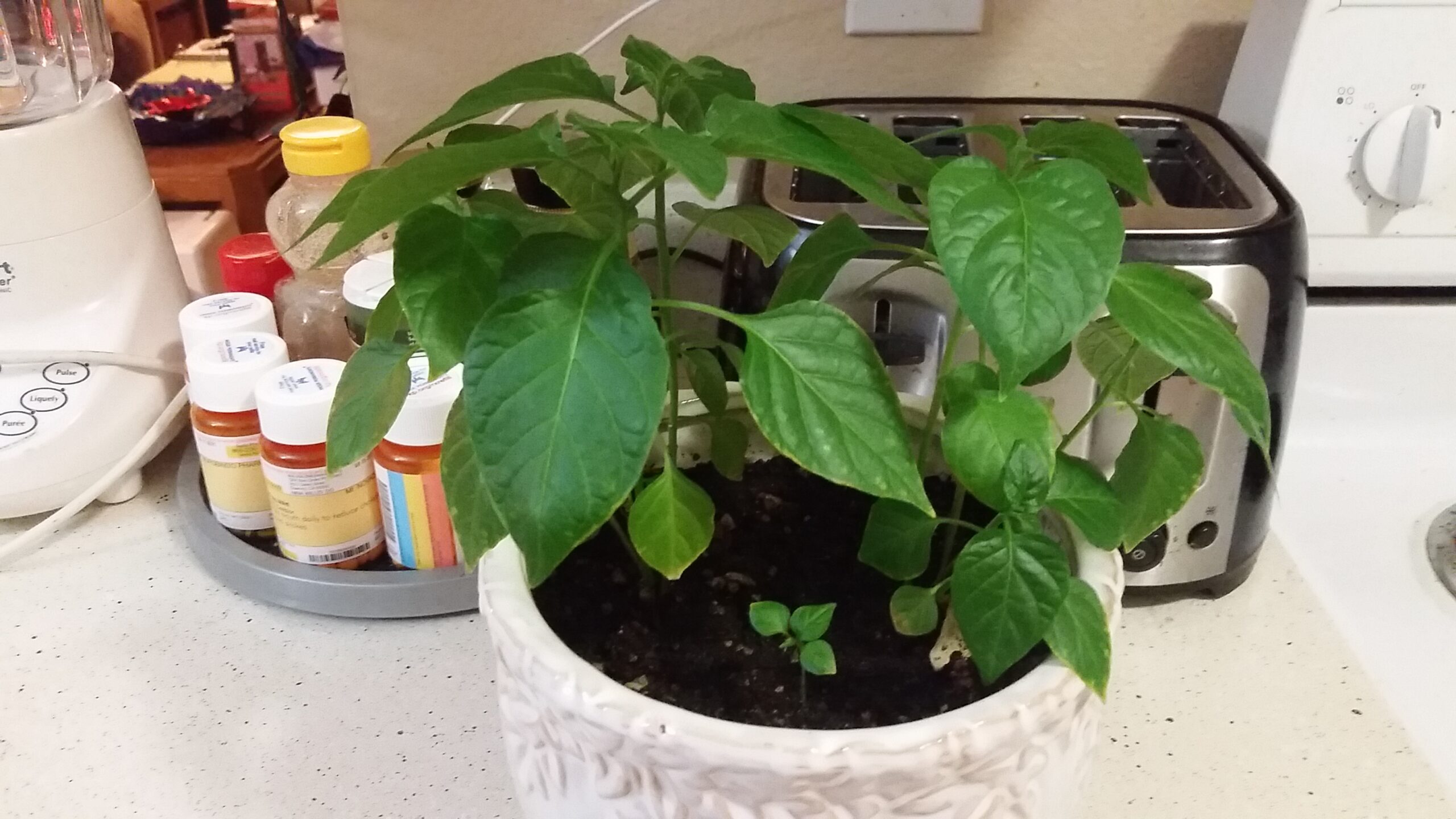