Honey for my honey 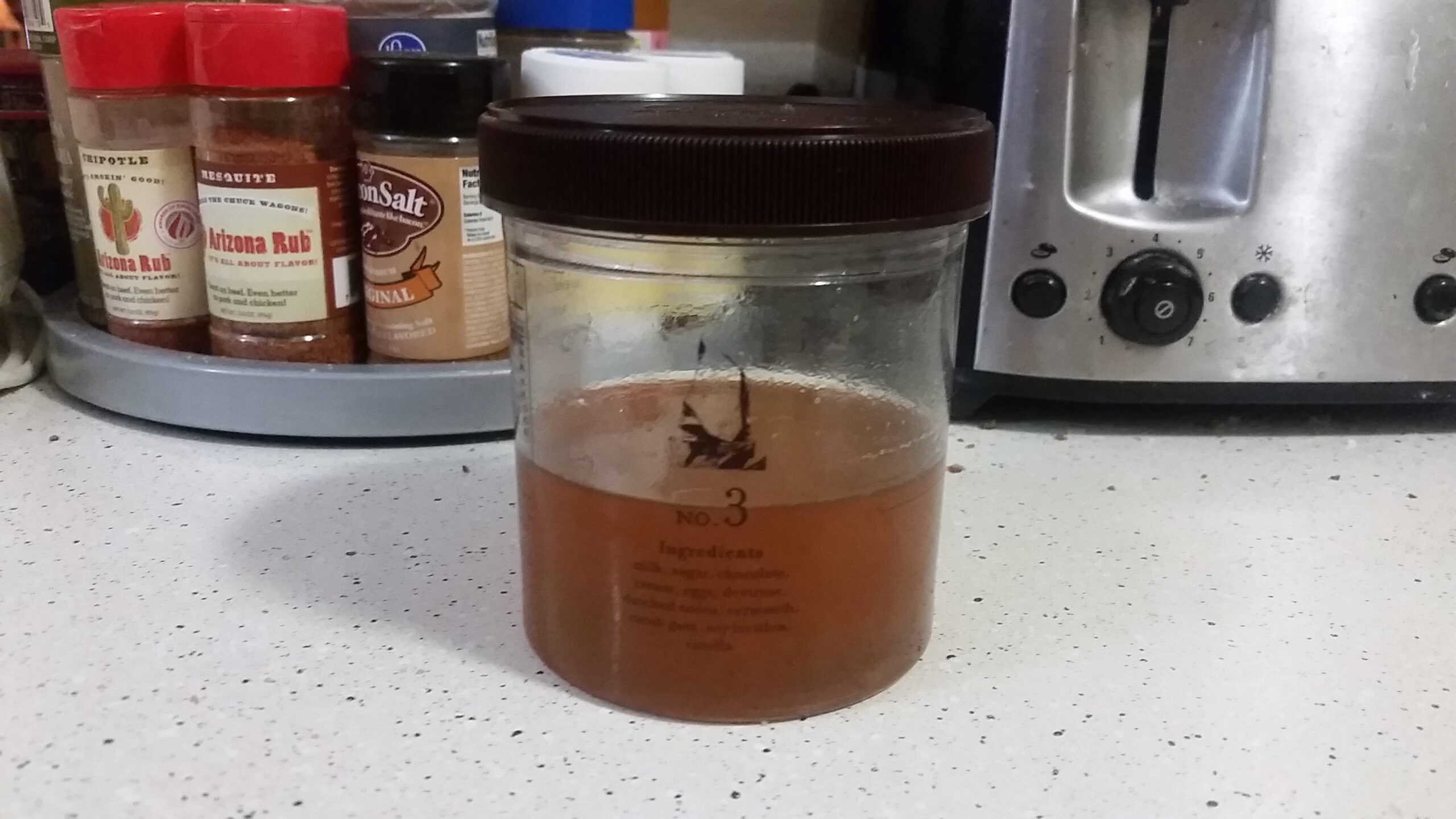 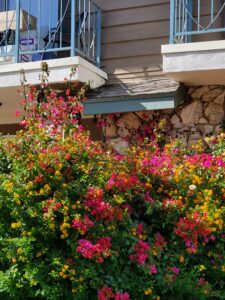 Once upon a time, Dennis and I had a home in Reseda, CA. We took lots of walks in the evenings around the neighborhood in those 16 years and got to know our surroundings very well. There were, in that time, three beehives we’d see on a daily basis until the bees got up and moved – or were moved. We gave each hive a name because talking about them was kind of confusing at one point when all three were active.

The hives were named after local airports in Southern California, and depending on how busy the hives were, they each got a name appropriate to their level of activity. The busiest one was L.A. Bee – after LAX. There was also John Bee and Beebank. Two were in perfectly normal places – trees, and one was down an electrical plate in the sidewalk, you know the type with the little square opening? Yeah, for some reason in a neighborhood FULL of trees, they chose to make a home on the sidewalk. Nature can be strange at times.

L.A. Bee was the closest to home – and the busiest. We remember they were there so long, the tree they lived in literally began dripping wax from all openings. It was awesome.

It stood at the entrance to a driveway to a parking lot. The church there kept having them removed and they kept returning. Nature always finds a way, we’d say to ourselves. Then one day last year I drove past that tree and it was gone. They had just had enough and cut it down completely.

Then one day at my current client’s job, I was walking past the apartment next door and happened to look at it and saw bees buzzing around a profusion of flowered shrubs below the second story balconies. It was a lot of flowers and a lot of bees, I realized.

The next week I was coming back from shopping for my client and found a bee removal service there. I went over and talked to them about the bees. The guy there asked if I liked honey. I love it! I said. He gave me the ENTIRE honeycomb they had taken out of the hive.

It was really large and dripping with golden honey. He stuffed it into a trash bag and I brought it home and surprised Dennis with it. He immediately began figuring out the best way to remove the honey. And actually, I think I’ll let him tell the rest of the story from here…

Dennis here.  The honeycomb was now in a zip-lock bag and the honey was gathering at the bottom. 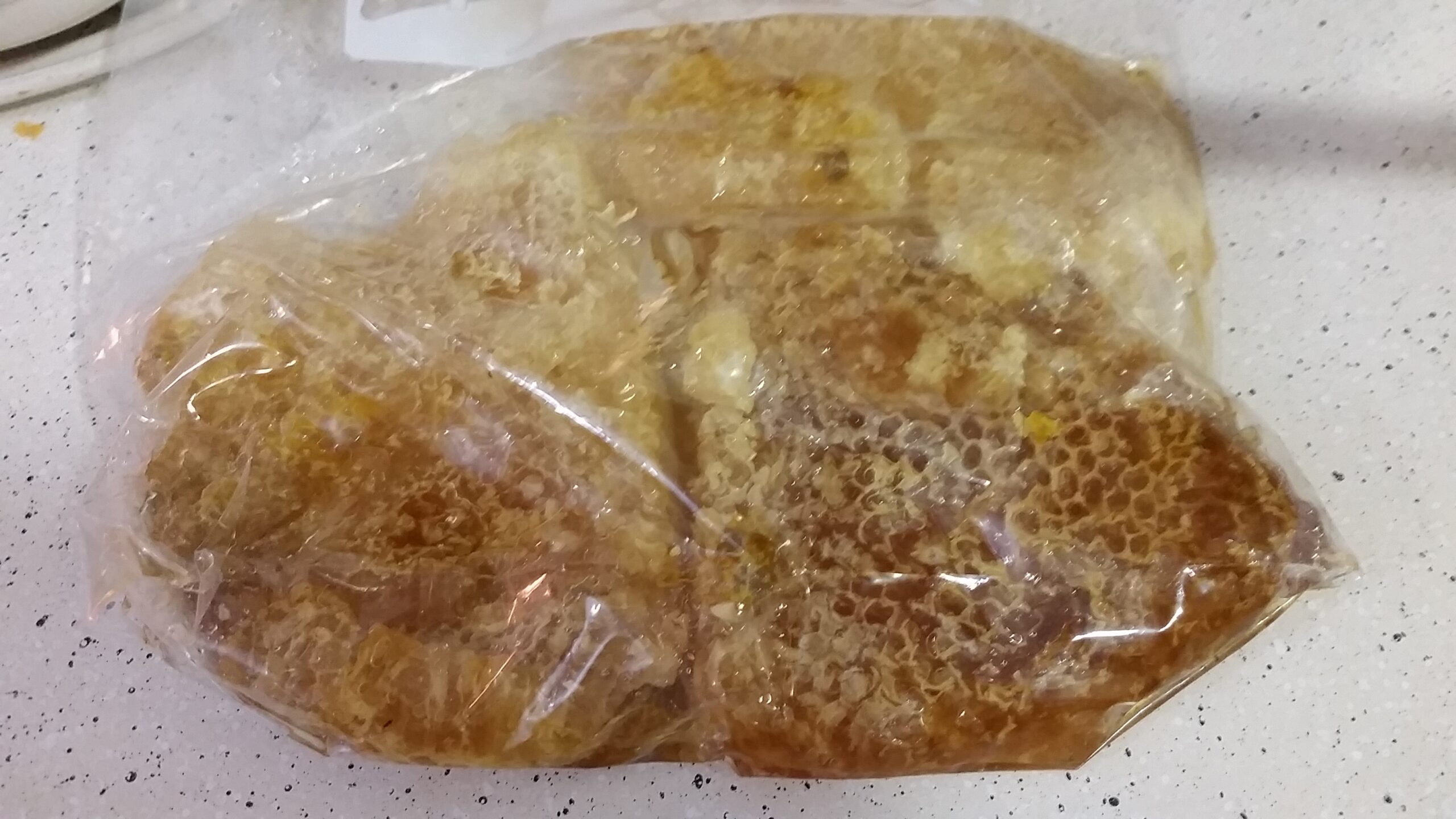 I figured I could cut a hole in the bag and let it drip out, but I had to filter it through cheesecloth to get any wax or other impurities out.  This meant I had to hang the bag somewhere out of the way.  It needed to hang for at least twenty-four hours – turns out it was two days.  This was the solution I came up with. 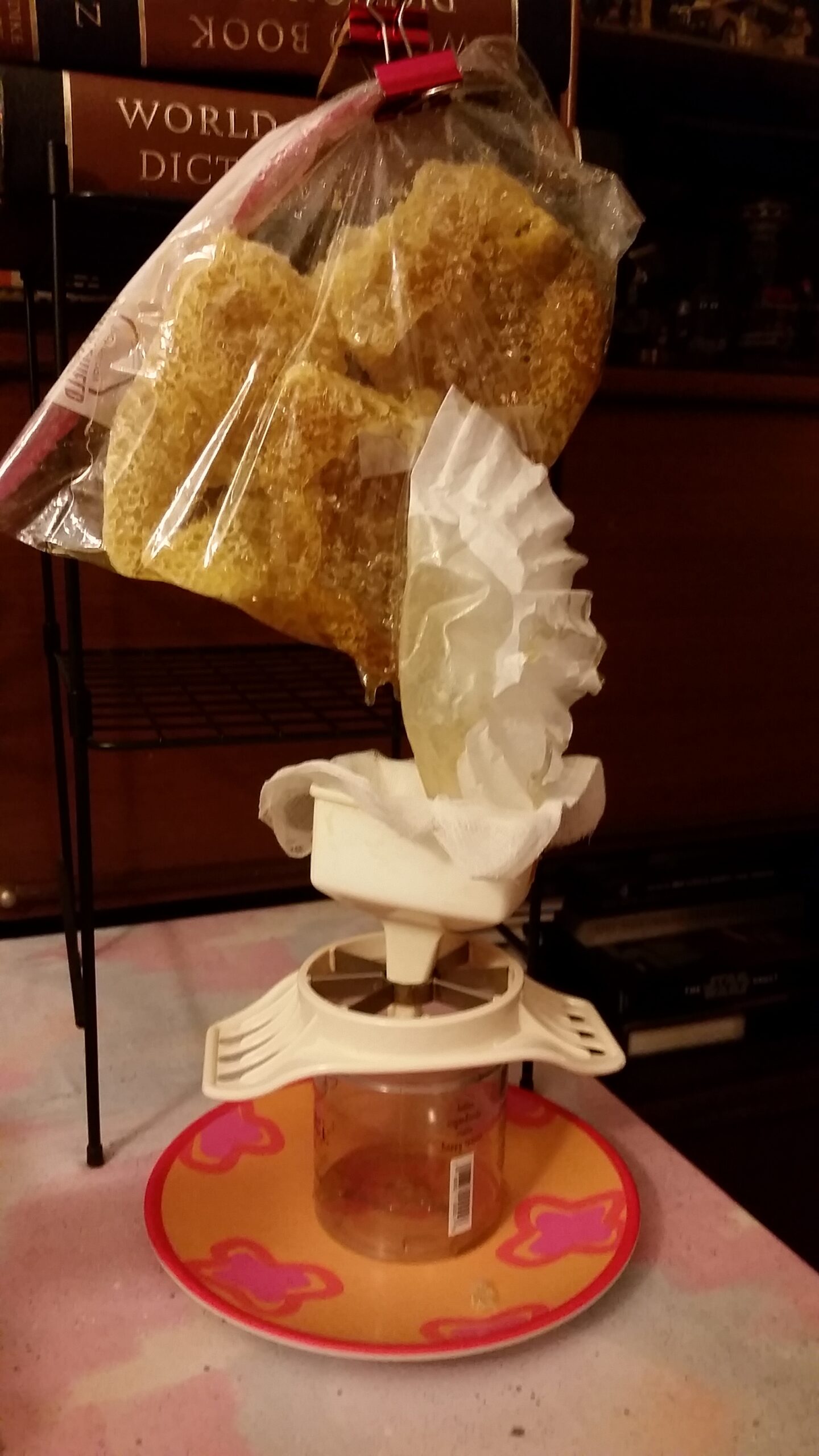 The jar above was 3/4 full when it was done.  Almost half is gone now, having disappeared on toast, beignets and some to the Mad Woman with a Box.

First Steampunk novel:  72,328 words, First Draft DONE – Chapter 13 rewritten.  Will work on chapter 6 this week and do some critiquing.

I also finished reading a book. 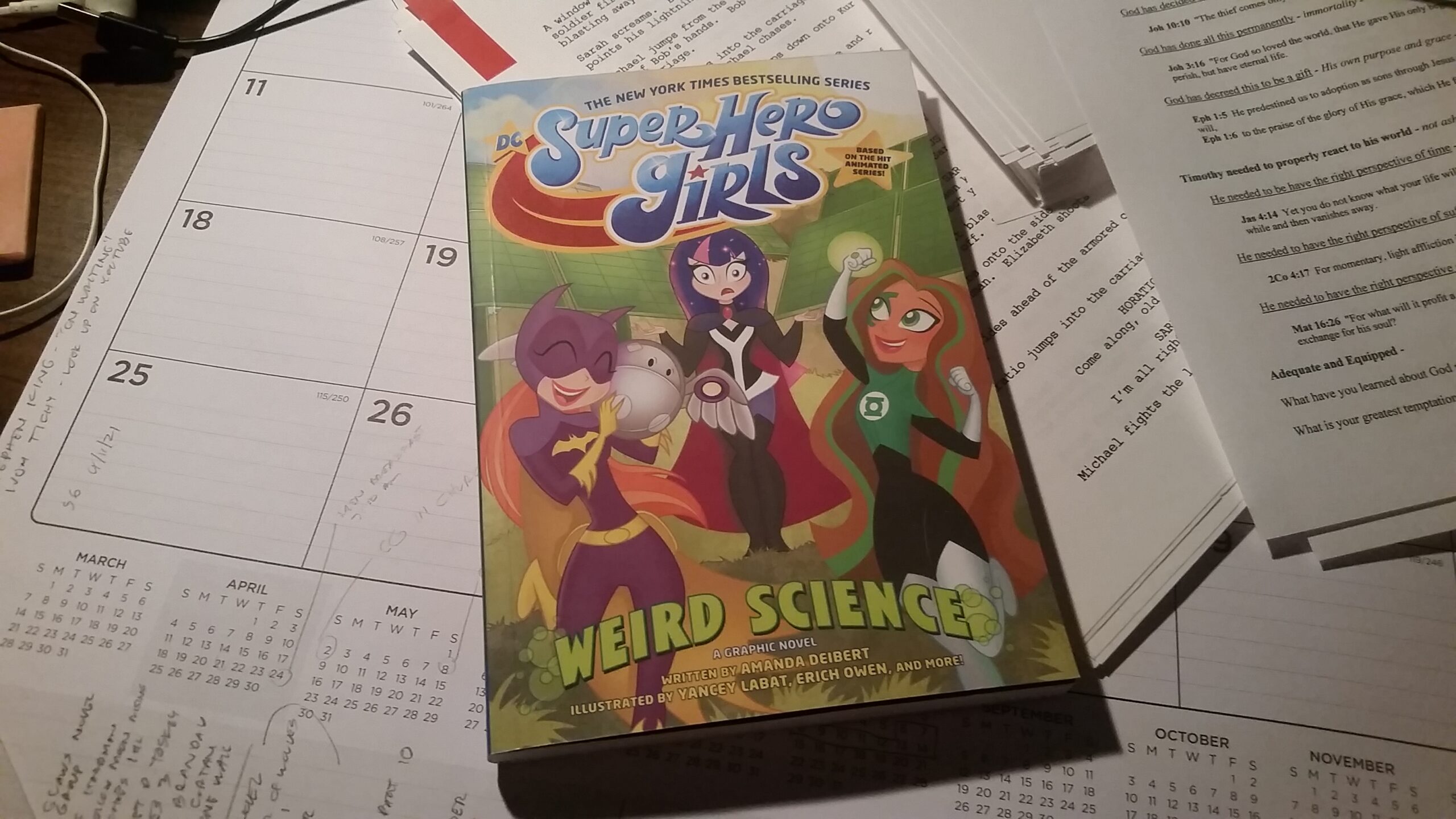 First book I finished this year.  Sad, I know, but I’ve been busy writing.  And books like this seem to be the only way I can get my DC Superhero Girls fix until Cartoon Network starts showing new episodes even though OTHER COUNTRIES ARE ALREADY AIRING THEM!!!!

A rant for another time.