So Long and Thanks for all the Platelets 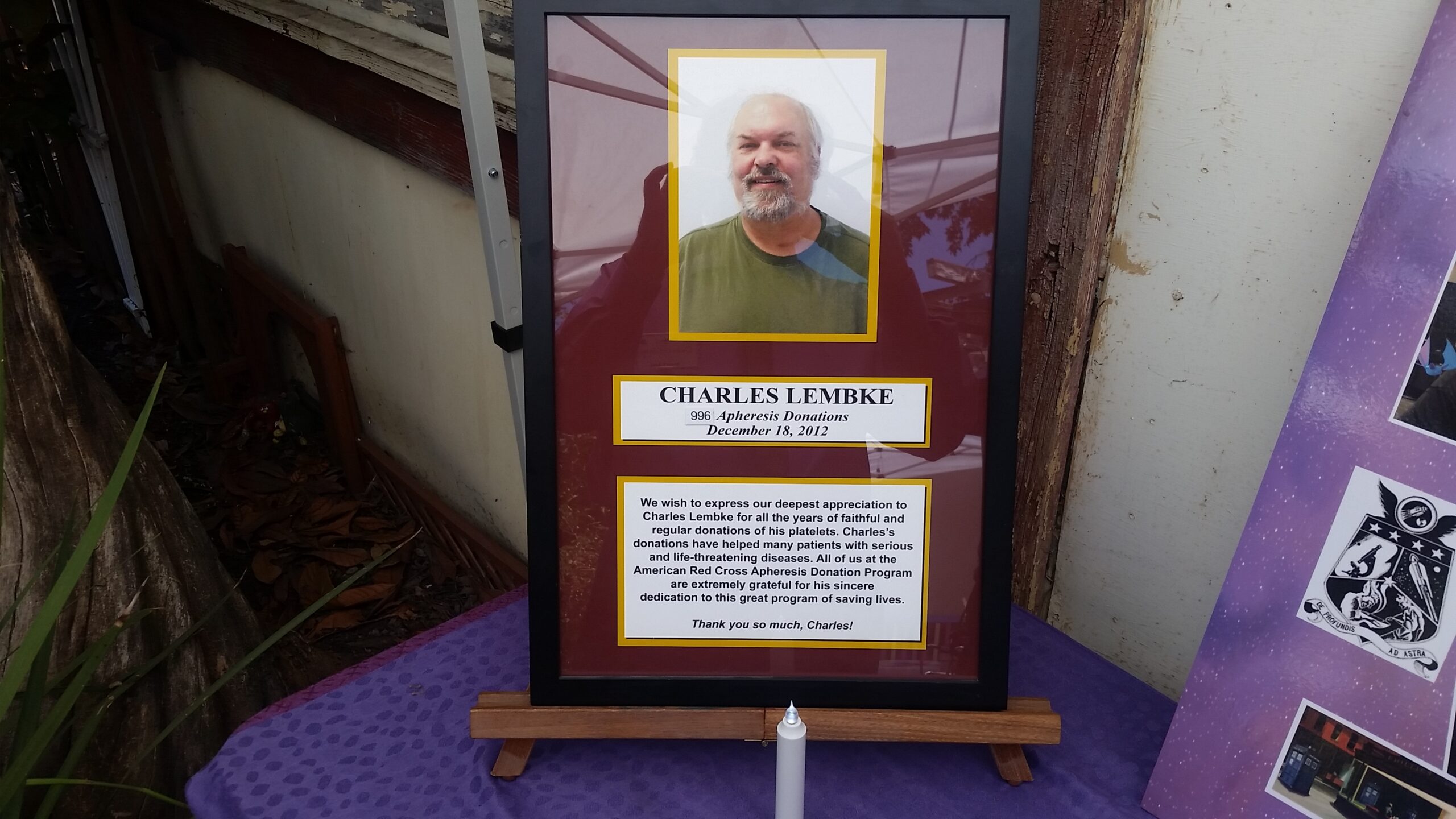 Aside from the Writer’s Conference last week, Kris and I attended a memorial for Charles (Karl) Lembke.  I wrote about him a few weeks ago when I donated blood at the American Red Cross in Woodland Hills, California.

Karl had donated platelets 997 times (the updated plaque was off by one).  He also inspired many others to give blood.  I was already a regular donor when I met him, but his dedication inspired me as well.  Each platelet donation takes two hours, and he donated every other week.

The memorial was held at a friend’s house and was attended by mostly LASFS (Los Angeles Science Fiction and Fantasy Society) members.  He was a huge part of LASFS, being on their Board of Directors, and a committed member of Loscon.

He was also a Wiccan High Priest, so the memorial included a Wiccan ceremony.  Many spoke of his kindness and generosity.  Many knew him for decades through LASFS.

LASFS will also be holding a virtual memorial on Saturday, August 20th, 5:00 pm – 8:00 pm for those who were not able to make it to the in-person memorial. The link to the event is on Facebook here.

Karl died of Multiple Myeloma, a cancer that destroyed all his bone marrow.  Ironically, the man who gave so many platelets was left unable to make blood for himself.  He could have lived longer, taking blood transfusions every week, but as he put it, he did not want to be a vampire.

The Woodland Hills American Red Cross gave us the plaque to keep.  We had it at the memorial and we will have it at the upcoming Loscon Blood Drive that we are dedicating to him.  After that, Kris and I will hold onto it until LASFS has a new permanent home, at which time we will donate it to the Club.

Rest in peace, Karl.  You helped save many lives.

Second Steampunk screenplay:  165 pages.  <– My critique group will give me feedback on the second half at the end of the month.  In the meantime, I’m making small changes and jotting down notes on scene rewrites. 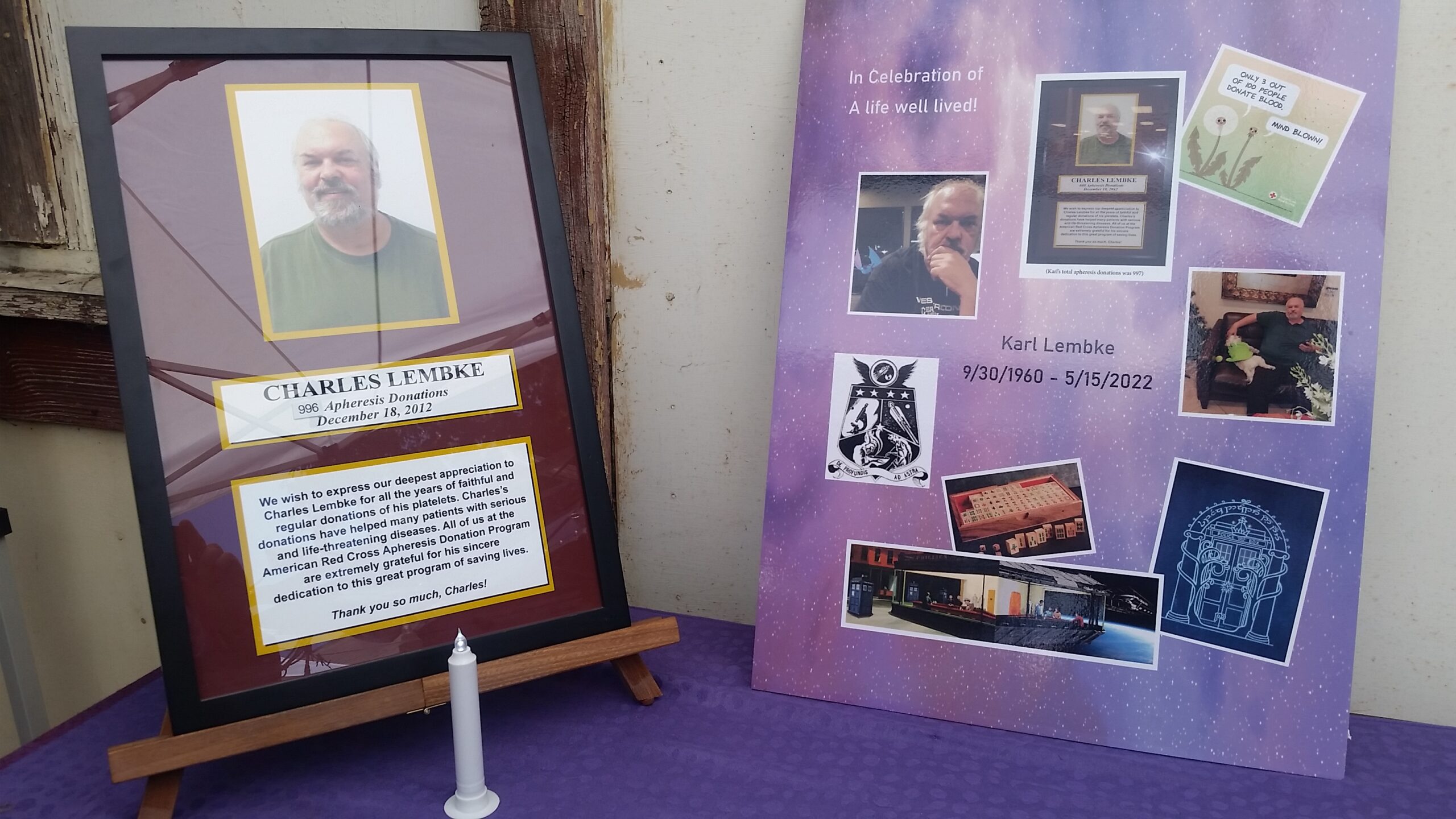 One thought on “So Long and Thanks for all the Platelets”