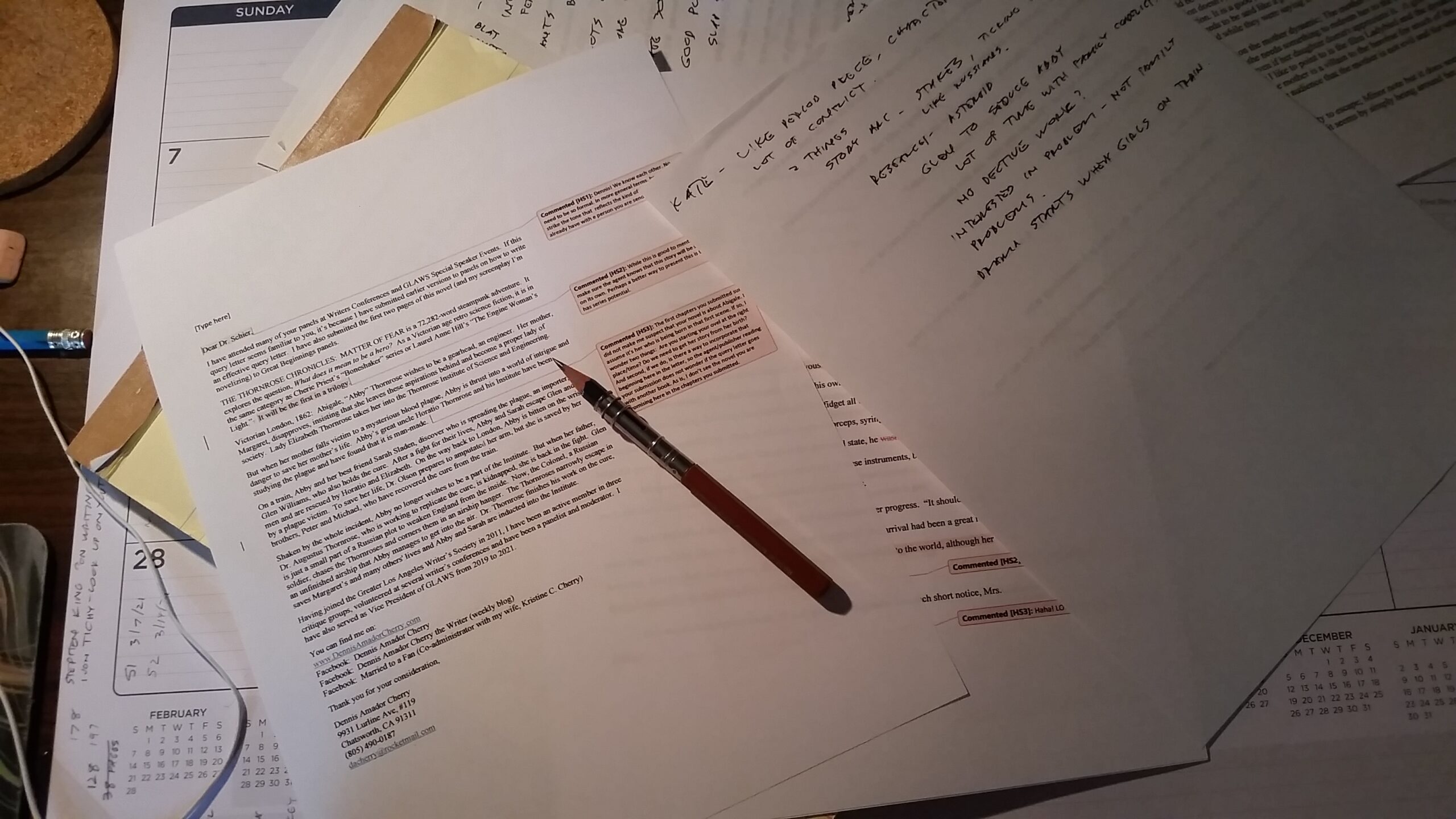 This is the next step in preparing my novel to be pitched.  The first step is, of course, to write it.  You can’t edit a blank page.  But I do that a little differently from most novel authors.  As a graduate of USC Cinema/Television Production, I write everything as a screenplay first.

The next step was to show it to my friends and family, the people closest to you.  Those were my first beta readers.  My wife is also my spell checker. I can’t spell worth beenz.  But because my friends and family love me, they were likely to love anything I do.  They are also not professionals in the field.

The third step was to join a critique group.  I joined a screenplay critique group that would meet at Los Angeles Valley College.  It was a group of peer writers led by two industry professionals.   It was here that I crafted my storyline, developed my characters and learned what had changed in screenwriting since I left USC.  At fifteen pages a submission and not going every meeting, it was a slow process, but I learned with every submission and I learned by critiquing other people’s work.

Now that I had developed the screenplay as far as I could, it was time to write the novel.  I decided to do this because it is easier to sell a novel than it is to sell a screenplay.  This was confirmed to me when I started seeing such conference panels as, “Write Your Screenplay as a Novel First”.

I had been submitting sections of my novel to another group that met in Pasadena before the pandemic.  Now we meet over Zoom.  They take larger submissions at a time.  They’ve been reading three chapters of my novel at a time since November.  This week they will critique chapters 10 and 11 (out of a total of 15).

So now it was time for the next step, professional opinions.  Overall, the editor I chose was positive about my first 2,000-word submission.  There were suggested edits and questions (do we really need this?), but overall, the feedback was very encouraging.  One of her comments at the end of the first scene was, “An awesome first scene.”

The editor asked me, “how many times did you write the first chapter?  I had to think about that because I only wrote it once, with a few tweaks here and there, but I rewrote it as a first screenplay scene several times.  Again, it was in the screenplay version that I got all the bugs out.  Then, I had a 140-page outline to write the novel from.

My goal now is to rewrite a chapter a week.  Once I finish my rewrites and have gotten my novel done to the best of my ability, then it will be time to hire an editor.  This will cost money, but it’s the best way to ensure a positive response from an agent, and ultimately, a publisher.

I better get started.

Even if the editor’s feedback wasn’t so positive, and I’ve had times in my critique groups where it wasn’t, I remember what Sensi Ron of Quattro University would say: “There is no failure, only feedback.”

“The book isn’t done until the press starts to run” – Tony N. Todaro, President of GLAWS