Hit by the Sledgehammer of Inspiration

How it All Starts

I start off my Thursday afternoon as I always do. I drop off my client to his therapist and hit the local Yogurtland to grab my favorite chocolate obsession and do some writing.

I used to think that when I started working part-time, I would have all the time and the world to write.

Unfortunately, nothing ever truly turns out as you hope it will. You go around the house, picking up projects that have been long abandoned from perhaps many years ago when you were not married and had all the time to work on them because you weren’t spending it with your mate, or, if you have kids, you’re taking them to piano or soccer practice. Or maybe you find a new hobby or an environmental cause because everybody around you is clamoring for you to get involved and help change the world.

Whatever the excuse, before you know it, six months or a year or even your health goes by and you never got back to that story.

The Fight to Obtain Balance

I feel very lucky and blessed that that no longer happens to me – and that’s because I am completely absorbed and obsessed with my story and of course, its characters. Every day and in almost every waking moment of my life, they are constantly in my head, telling me what they are like, what they wear, and of course, their eventual fate. If I do nothing else in this world, I have to tell this world their story.

But sometimes that’s not enough. Health gets in the way, and in the middle of the night you wake up with pain from a hernia that, after it’s over, forces you to sleep it off and the next thing you know, a day is wasted and you never got back to your story.

But after it’s over, and you have that brief moment of calm, maybe you’re in the shower and the water is relaxing and distracting and suddenly your subconscious whispers a new, mind-blowing story idea to you. Or a character says. “Hey, you know that scene you left off at? I know you’ve been thinking about how YOU want it to end, but let me tell you how it DID end, how I know it ended, because, after all it’s MY story.”

It Doesn’t Have to be That Way

At the end of the day, writing will always be a very complicated process in our too-busy world. Back before technology, when we were still in small tribes and social groups and small town cities, storytellers didn’t have to deal with everything we do. The phone didn’t ring, we didn’t jump every time someone texted us and a million advertisers weren’t clamoring for our attention in clever ways we don’t even realize.

So how do we cut through the outside noise, the clamoring spouses, kids and friends? The answer – converse – to the chaos and noise, is simple. You need two things; commitment and routine.

Commitment = how badly do you want to tell your story? Be honest with yourself, because if you aren’t, you might waste a lot of precious time you really could devote to that political campaign or to saving the rainforest.

And routine – inexorably tied into commitment, will get the job done as long as you are fired up, are passionate, are…wait for it…

So why do I call this blog, “Hit by the Sledgehammer of Inspiration”? Well, if you’ve been paying attention, I had a hernia attack the other day, and in my relief that it was over and while evaluating my priorities in the shower, I started getting ideas for my series of stories called the Dragonfly Temple Chronicles. Then, driving to work, I got hit yet again while listening to a song I have adopted as my character Lunara’s anthem, if you will – the amazing song by Evanescence called “Bring Me to Life”. Ever since I had conceived of it being the song in the background of her transformation scene from a plain, simple herbalist to fully connect with her Dragonfly Goddess Whocate and what it does to her physically and on all planes of emotion, psychologically, etc., I thought of this song as being only her song. Imagine my stunned surprise when, driving down Tampa Avenue to my caregiving client, it suddenly was revealed to me that it was also her father’s song and indeed, the entire reason behind the madness suffered by the entire Whoticore bloodline ever since the first of them – the Goddess Whocate’s demigod son, Lord Acheron Whoticore.

So now you have it. The wonderful (and delicious) reason why I have suddenly cranked out 20 chapters of the DTC in a mere Summer’s months. Because Yogurtland is a haven of chocolately quiet in the middle of the day while waiting for my client to finish at his appointments.

It’s a good thing I like yogurt.. and pizza at the mall… and Subway…They are all great places to chill out and write ’till my fingers cramp up.

I think I better watch my weight a little more closely until this story is over.

Second Steampunk screenplay:  162 pages.  <– Three pages down!  I’ll be glad if I can get it down to 143 pages – like the first screenplay

But why is all the Rum Cake gone? 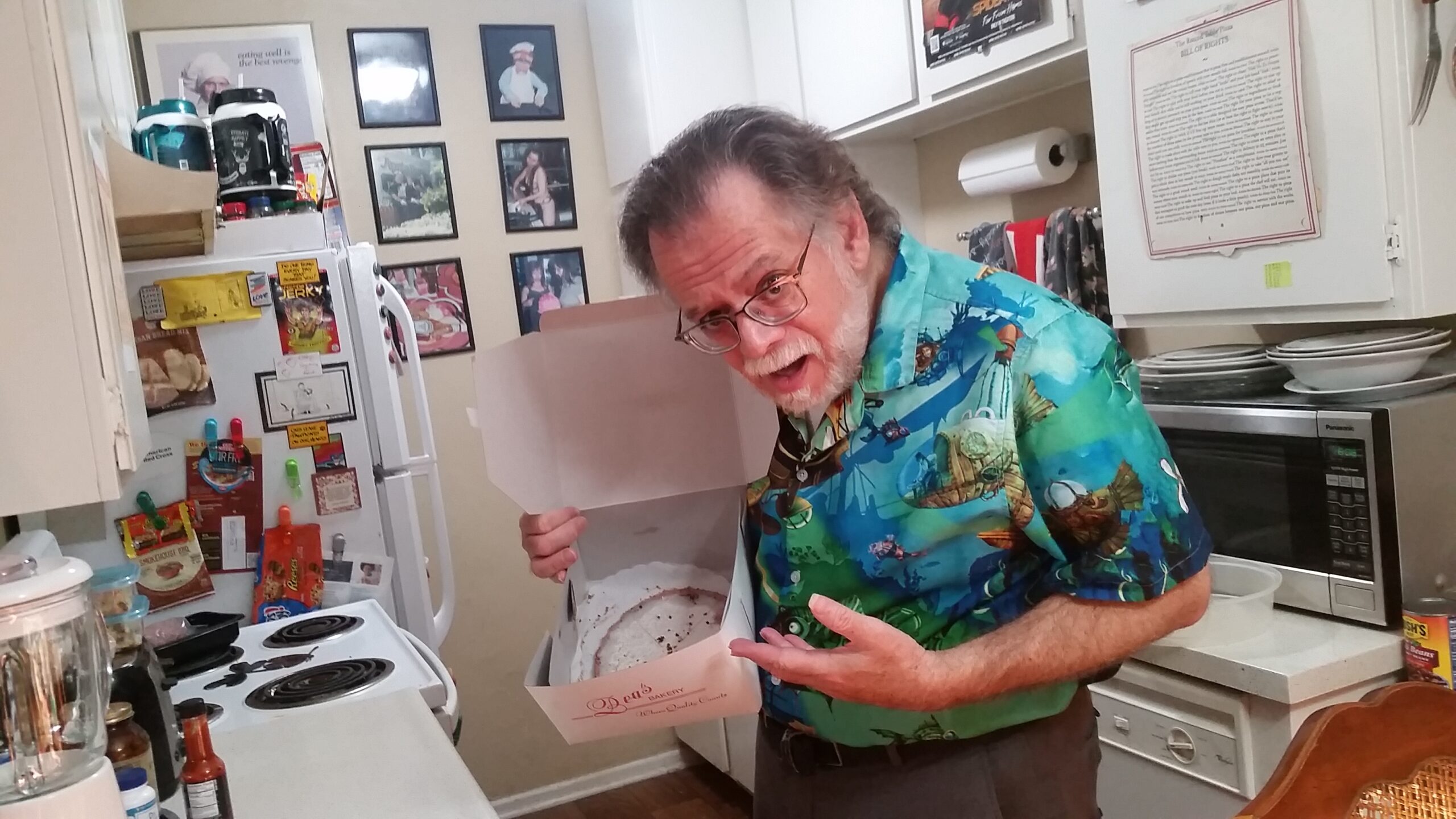