The owners of the company I work for live in Malibu.  Occasionally I’m asked to take papers over there to get their signature if they’re not coming into the office. That area has peacocks.  I stopped to take a picture of this guy. 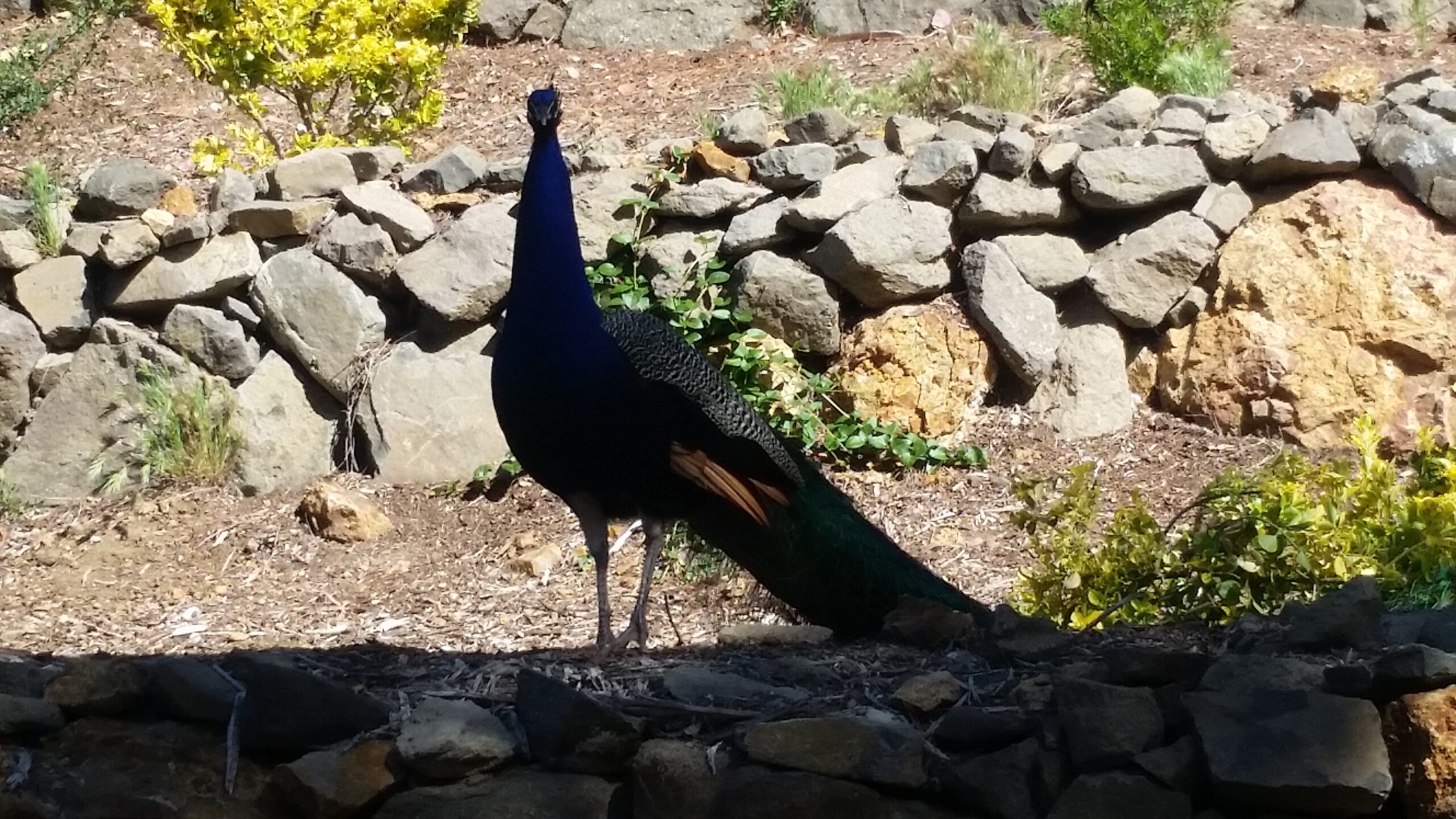 I didn’t want to get too close so as not to scare him away.  To my surprise, he came down off his stoop to check me out. 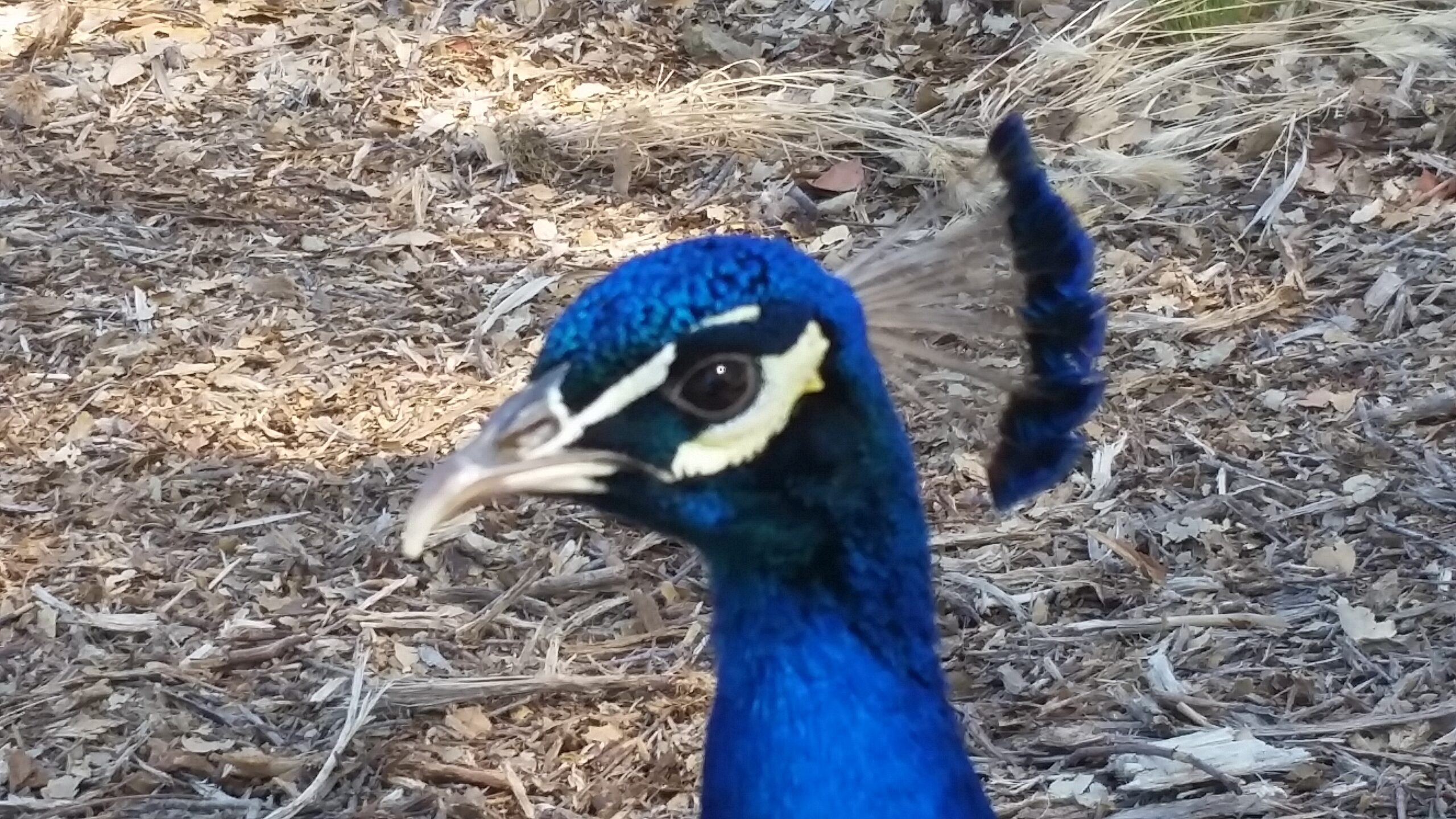 It wasn’t until I got home and showed the pictures to Kris that I thought maybe my blue shirt attracted him.  It was about the same blue as his feathers.  Was he thinking, “Are you a peacock?”.

So yesterday we did a little experiment.  In the San Fernando Valley, at the end of Lassen Blvd., there is a neighborhood that also has peacocks.  We went there a few weeks ago and saw three.  We wanted to see if other peacocks would also react to my shirt.

We stopped to catch one on camera. 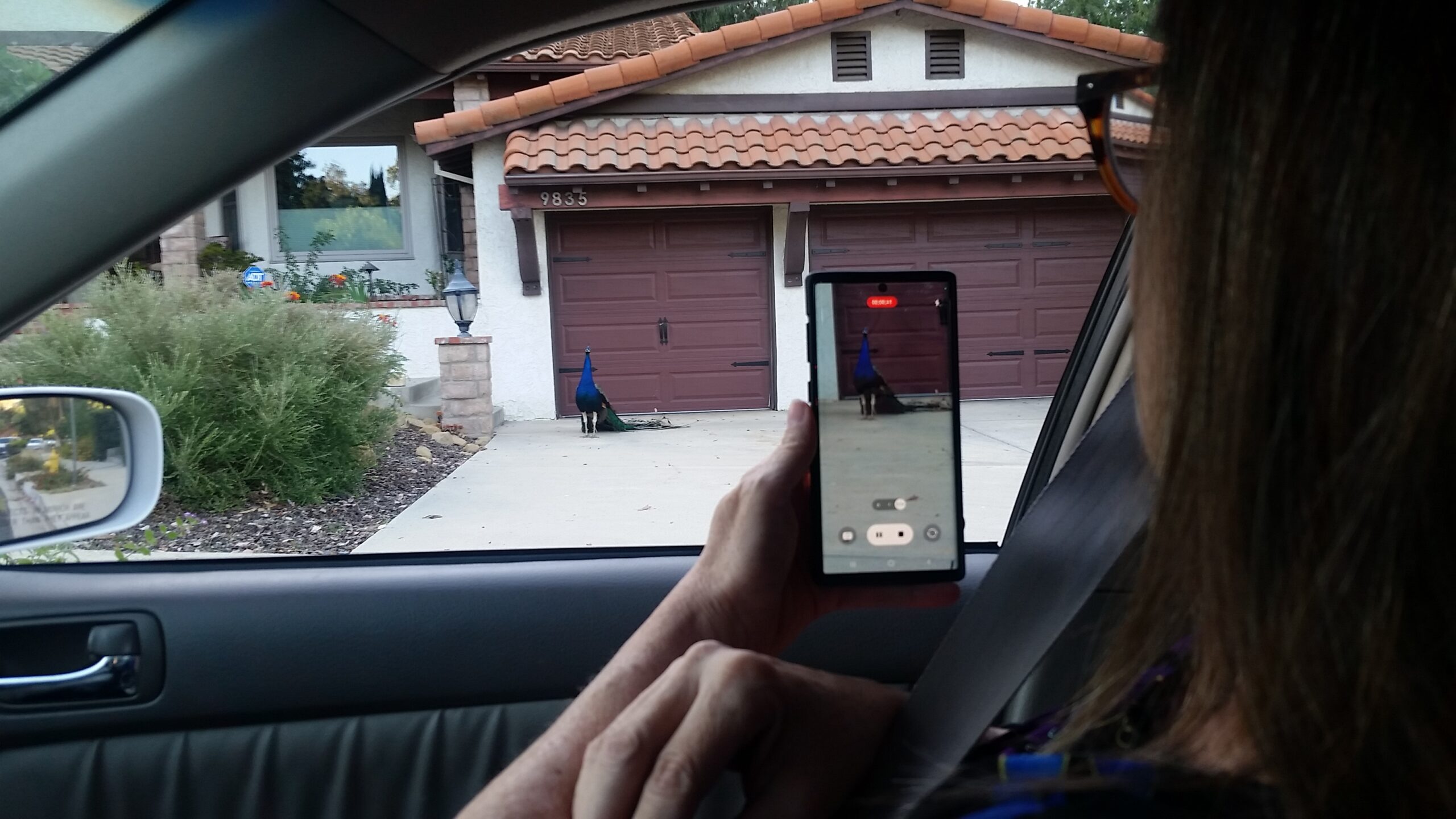 And ended up seeing a lot more.  Including an albino peahen.  I didn’t know there were albino peacocks. 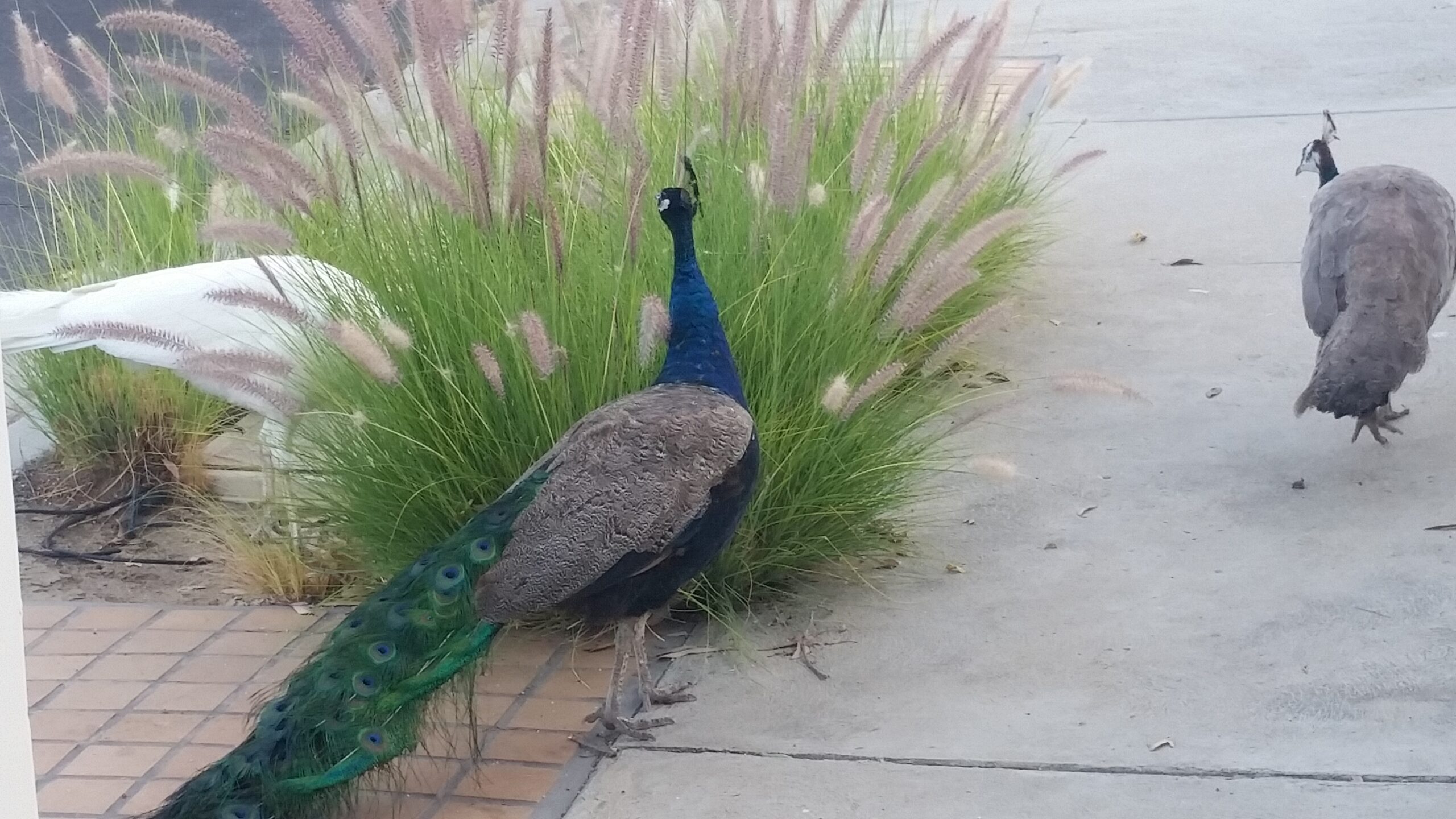 Four of them were hanging around this house.  This guy opened up, but some of his tail feathers have seen better days.

Then across the street, we heard this guy.  He was perfect and quite a show-off.  Several cars and pedestrians stopped to watch him and take his picture.  This is the kind of lawn ornament I’d like to have.

We ended up seeing seven or eight, we lost count.  As for our experiment, no other peacocks came to check me out.  I guess it was just that one.  I would love to live in a neighborhood with peacocks.  Some people complain about the noise they make, but I don’t think I’d mind their calling at all.  Better than a rooster.

Some colorful residents hanging out with a white chick. 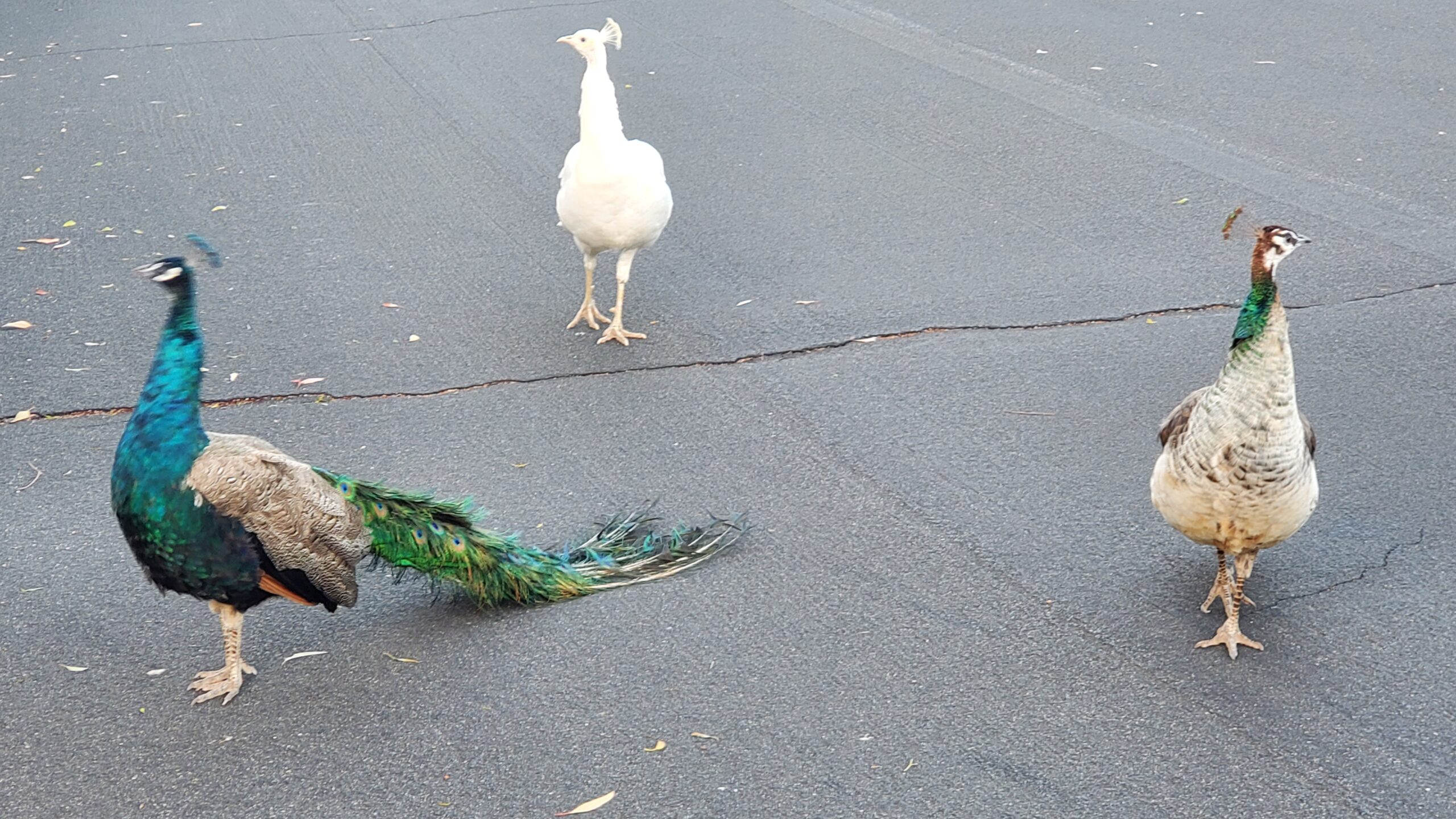 Second Steampunk screenplay:  170 pages.  <– Went down one more.  I’m going to need my critique group’s help to get this down significantly.

We harvested five habaneros today.  One of them was one of these five guys.  We named them the Five Brothers:  Hunter, Wrecker, Tech, Echo and Crosshair.   Echo was the one that was ripe. 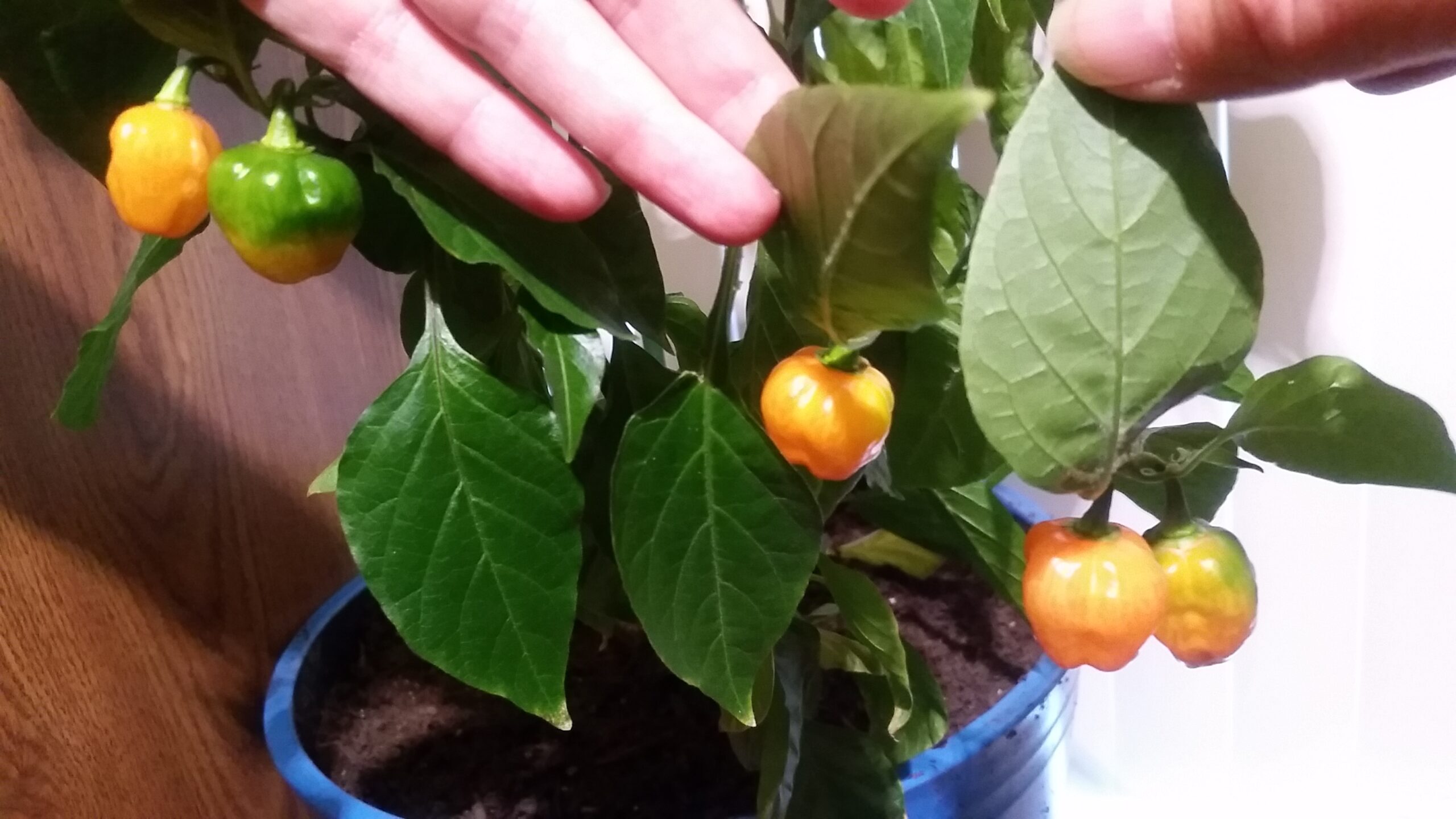 So, on the sister plant, this smaller one must be Omega. 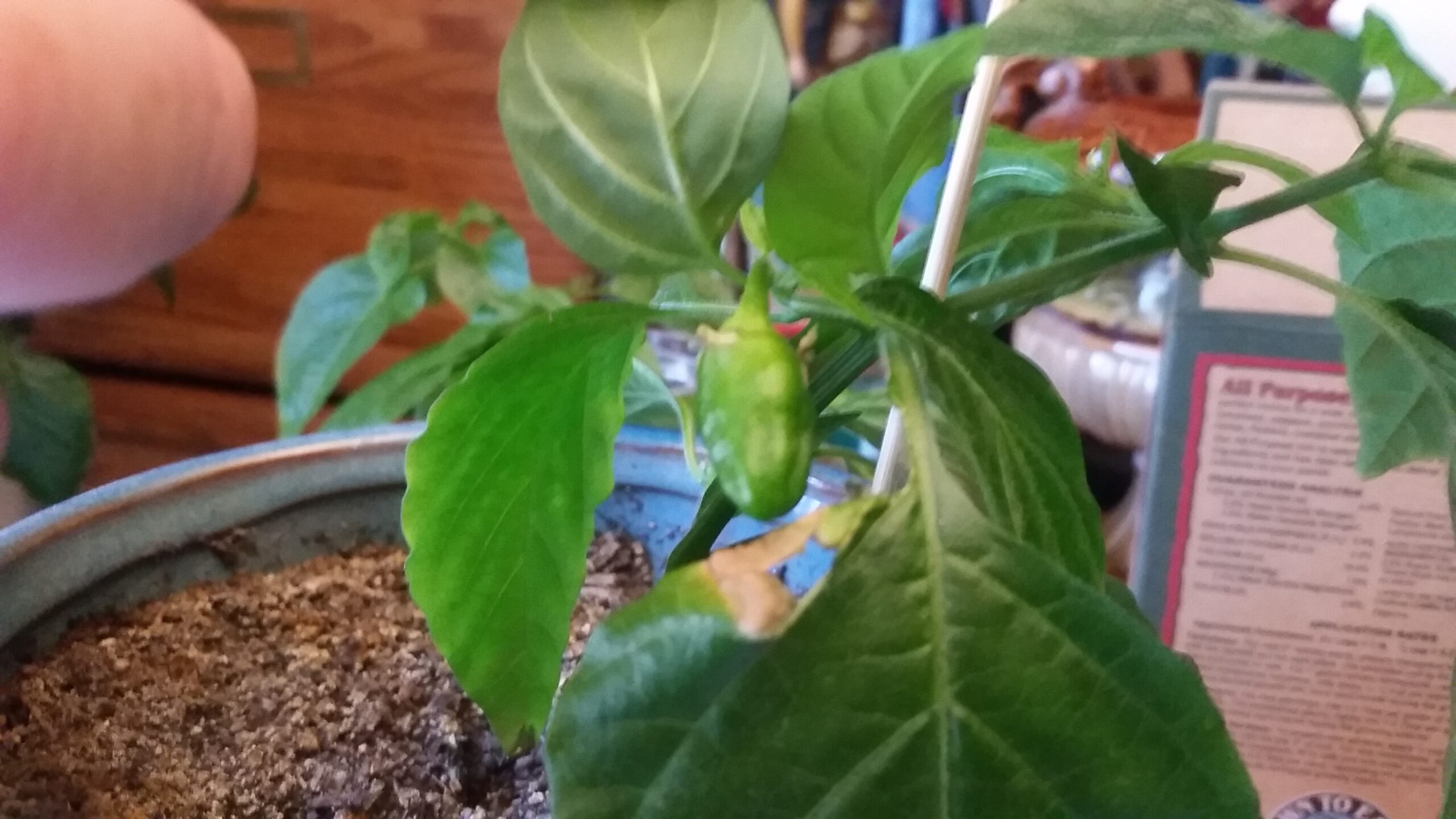