And the Winner is…

October 24, 2021 - GLAWS , Writers and Illustrators of the Future - by Dennis Cherry - No Comments

As a member of GLAWS, Kris and I were invited to this year’s Writers and Illustrators of the Future awards dinner.  This is a worldwide contest for new writers and artists with the quarterly winners being published in the yearly Writers and Illustrators of the Future yearly anthology.  Since the awards ceremony was postponed last year, this ceremony covered the winners of 2020 and 2021, with the winners being published in volumes 36 and 37.

The event was held in Hollywood at the Taglan Hall. 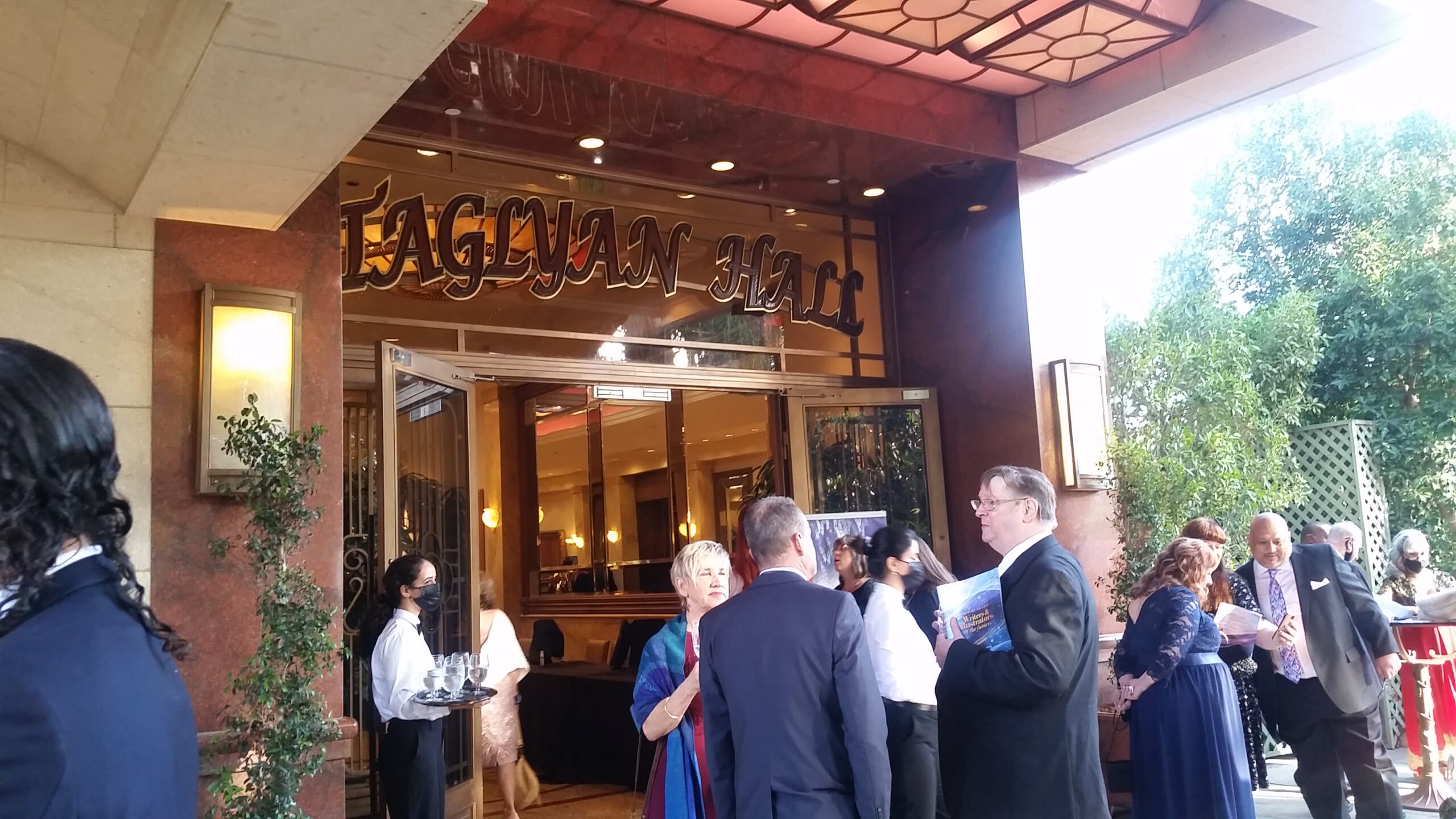 This is the backside of the Hall, it’s hard to find from Vine Street, but it’s an elegant venue.  There was a reception line for pictures of the winners and a large statue upfront.

Most of the people there I did not know, as I said, they are from around the world.  But we did see our Loscon Fan Guests of Honor liaison, Michelle Pincus.  Several other people from Loscon and LASFS were there as well. 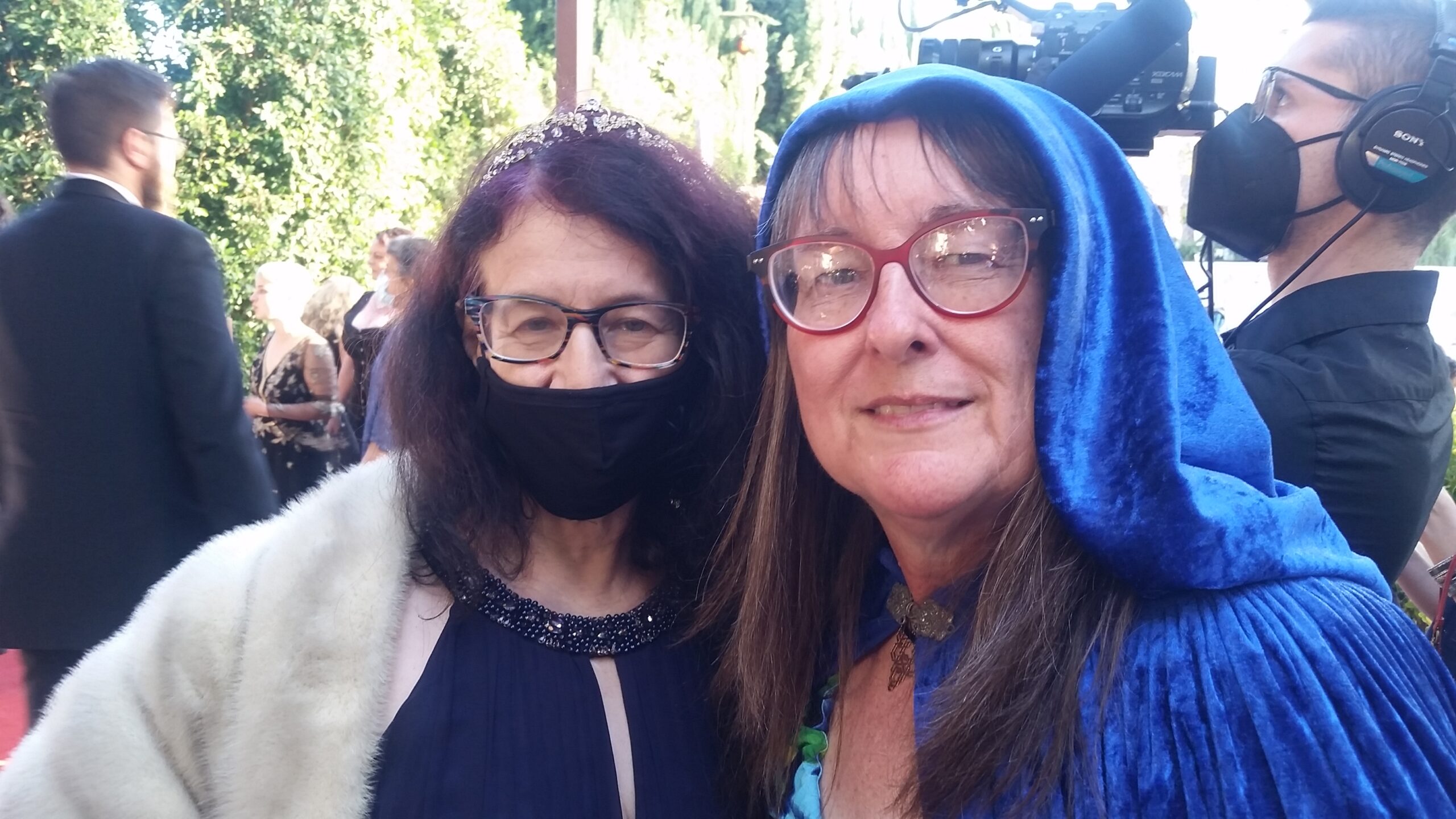 This is the first awards ceremony I have attended.  The atmosphere was wonderful, the food was wonderful, filet mignon and salmon with triple chocolate mousse for dessert. 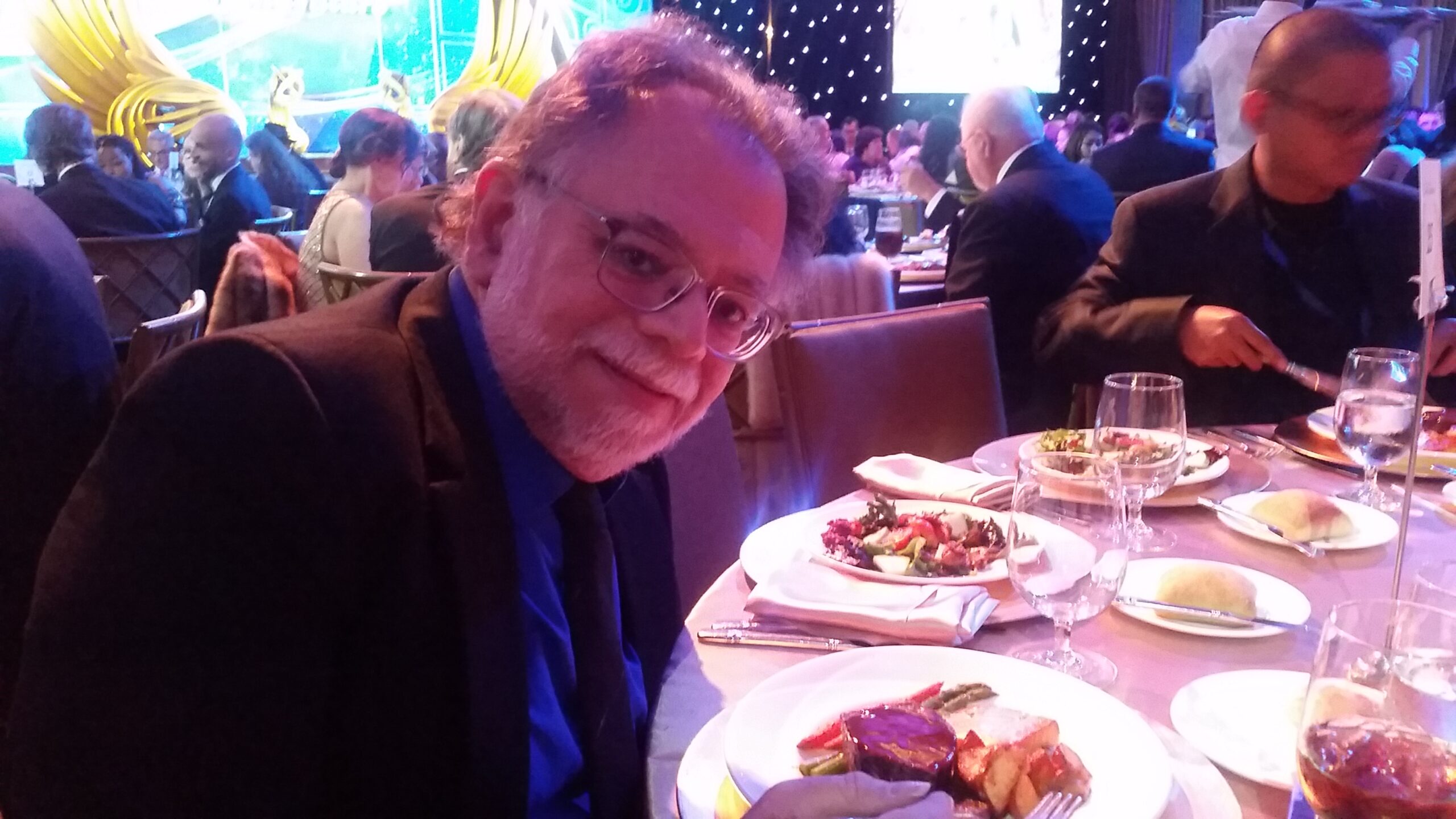 But what I really came to see was a friend of mine, David A. Elsensohn, accept his reward.  You can see it here.  After the announcement, he is the first one up.  https://youtu.be/z8loB_5F4cw?t=4996

Unfortunately,  Kris wasn’t feeling well and we had to leave early.  I wanted to congratulate him personally after the dinner, I’ll just have to wait until the next time I see him.

CONGRATULATIONS, DAVID!  I guess the secret is I have to trim my beard into a goatee.

It’s always encouraging to see friends of mine, my writing peers like David receive such a prestigious award, or Brandie June have her first book published.  It reminds me that with perseverance and patience, my turn will come.

For those of you who are wondering, yes this is the L. Ron Hubbard Writers and Illustrators of the Future.  It has nothing to do with Scientology.  It is a separate foundation with separate funding that was just set up by the same man.  If you have an extra hour-and-a-half, you can see the full awards ceremony here.  https://www.youtube.com/watch?v=z8loB_5F4cw