The Birds and the Bugs 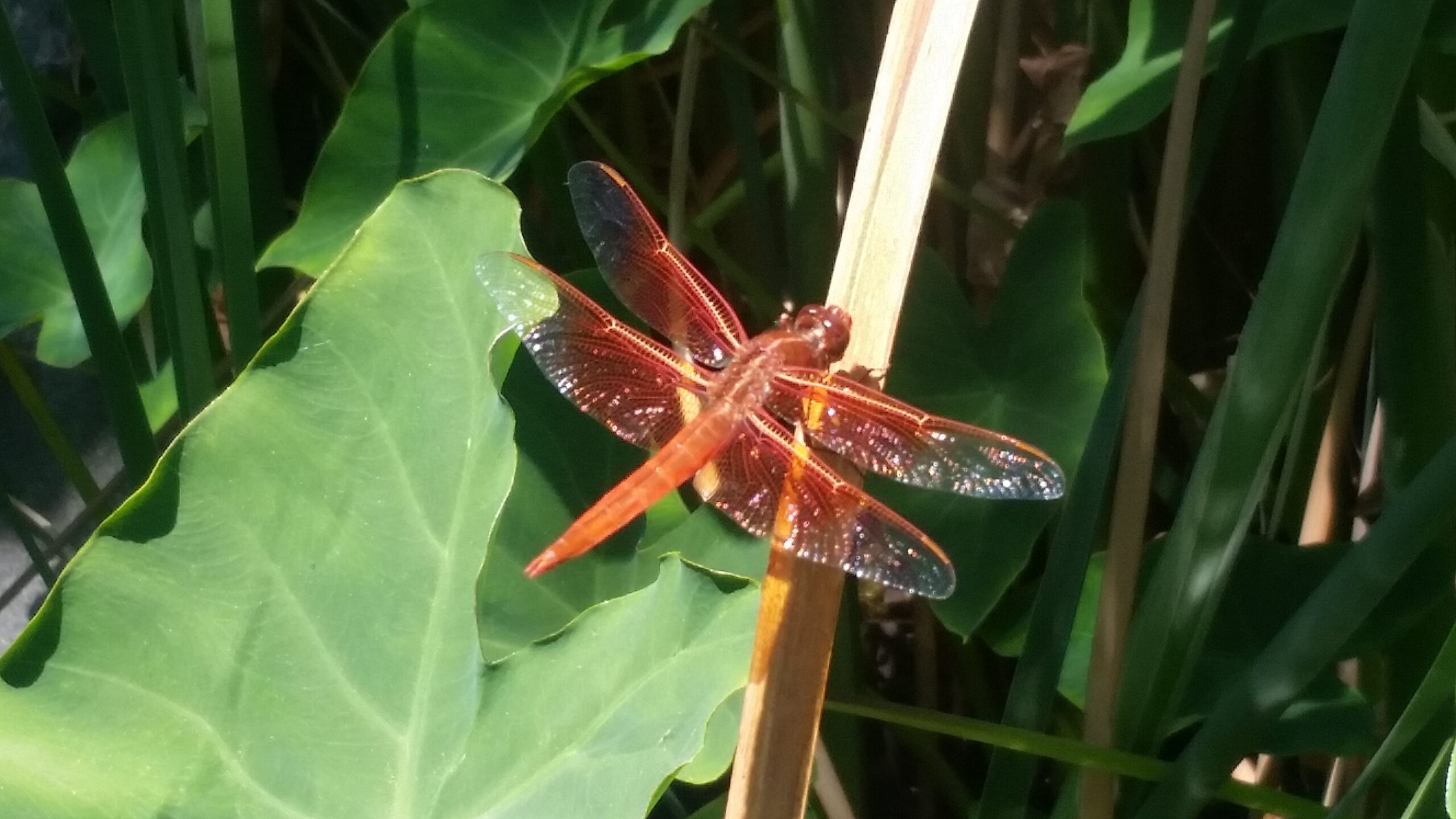 It was a quiet weekend.  With the exception of a Zoom critique group meeting, I was pretty free, so we decided to do a little nature walking.

We’ve been seeing dragonflies around, so on Saturday, we went to our favorite Dragonfly pond at the California State University in Northridge, CSUN.  There were several there, but they were all to busy darting around to pose for a picture.  I only got one good one of a red skimmer, and a blurry one of a smaller, blue dragonfly: 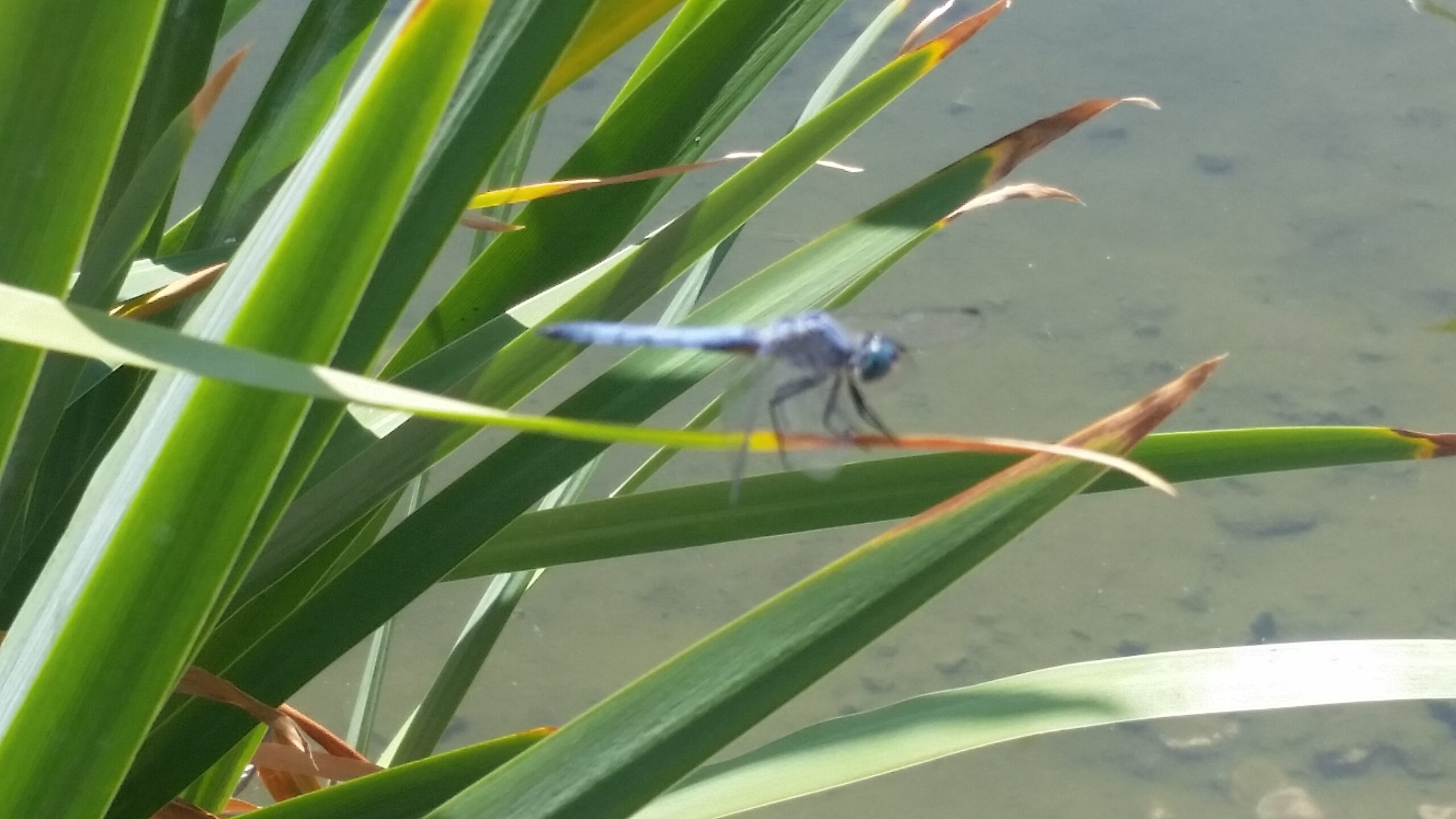 None of them were as trusting or friendly as the one we called Zack from a few years ago, who let me get within two inches of him. 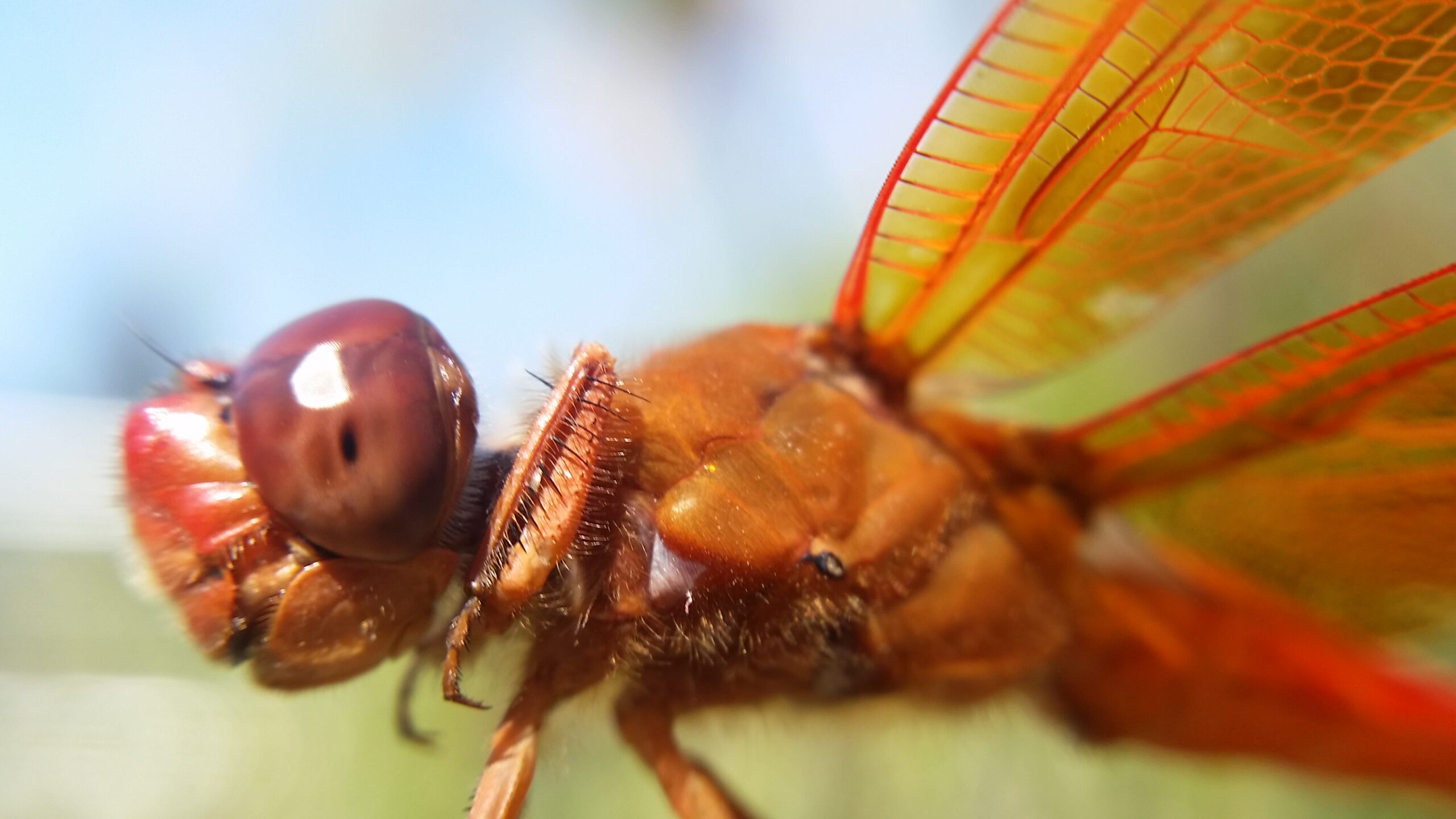 On Sunday we drove West on Lassen in the San Fernando Valley to Farralone Valley Circle.  It’s behind Stony Point off the 118 freeway if you know the valley.  We were looking for peacocks.  We had to drive up and down the neighborhood a couple of times, but we finally found some.  One came right up to the front porch to greet us. 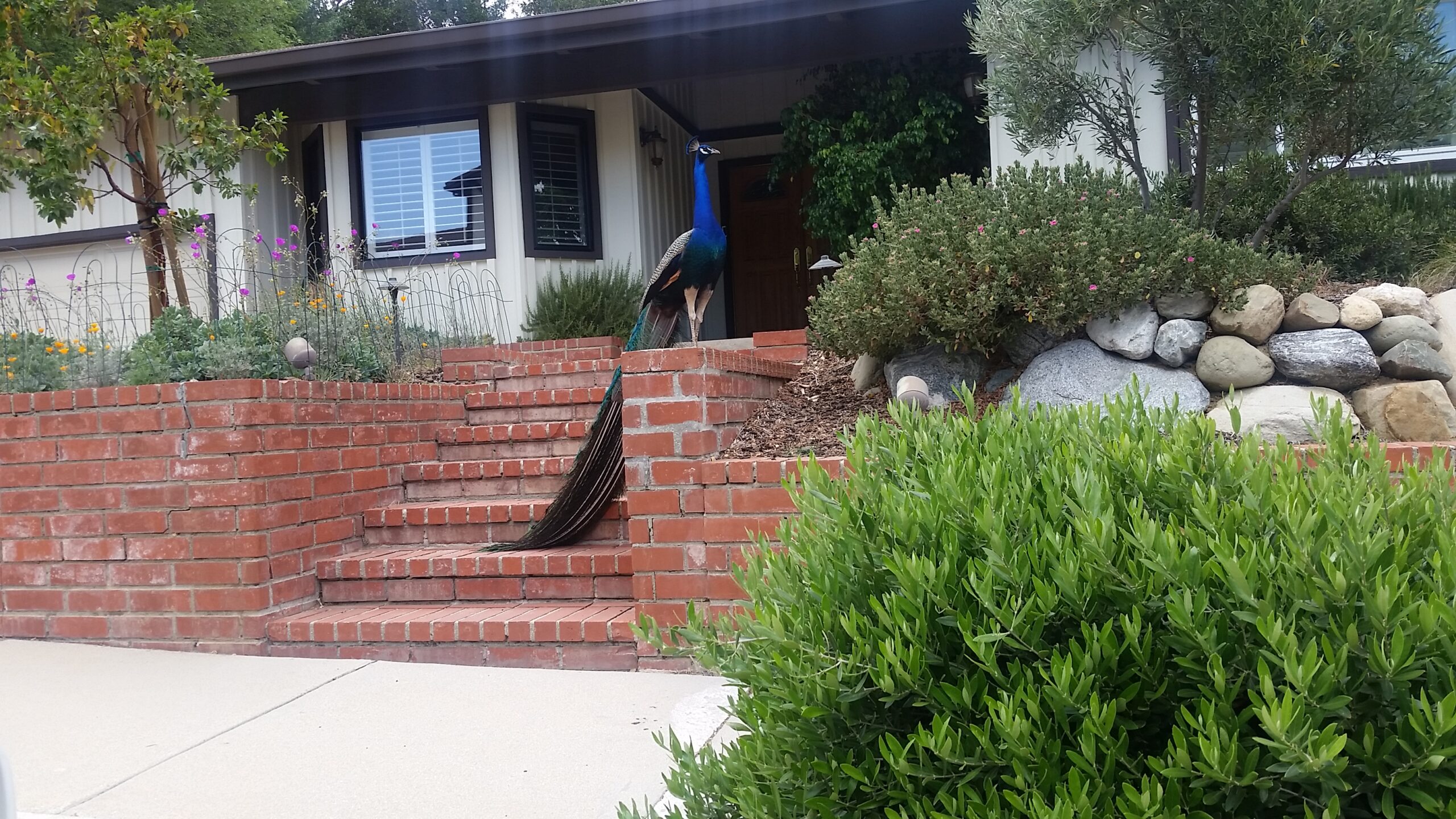 Kris got the only good shot of him fanning his tail. 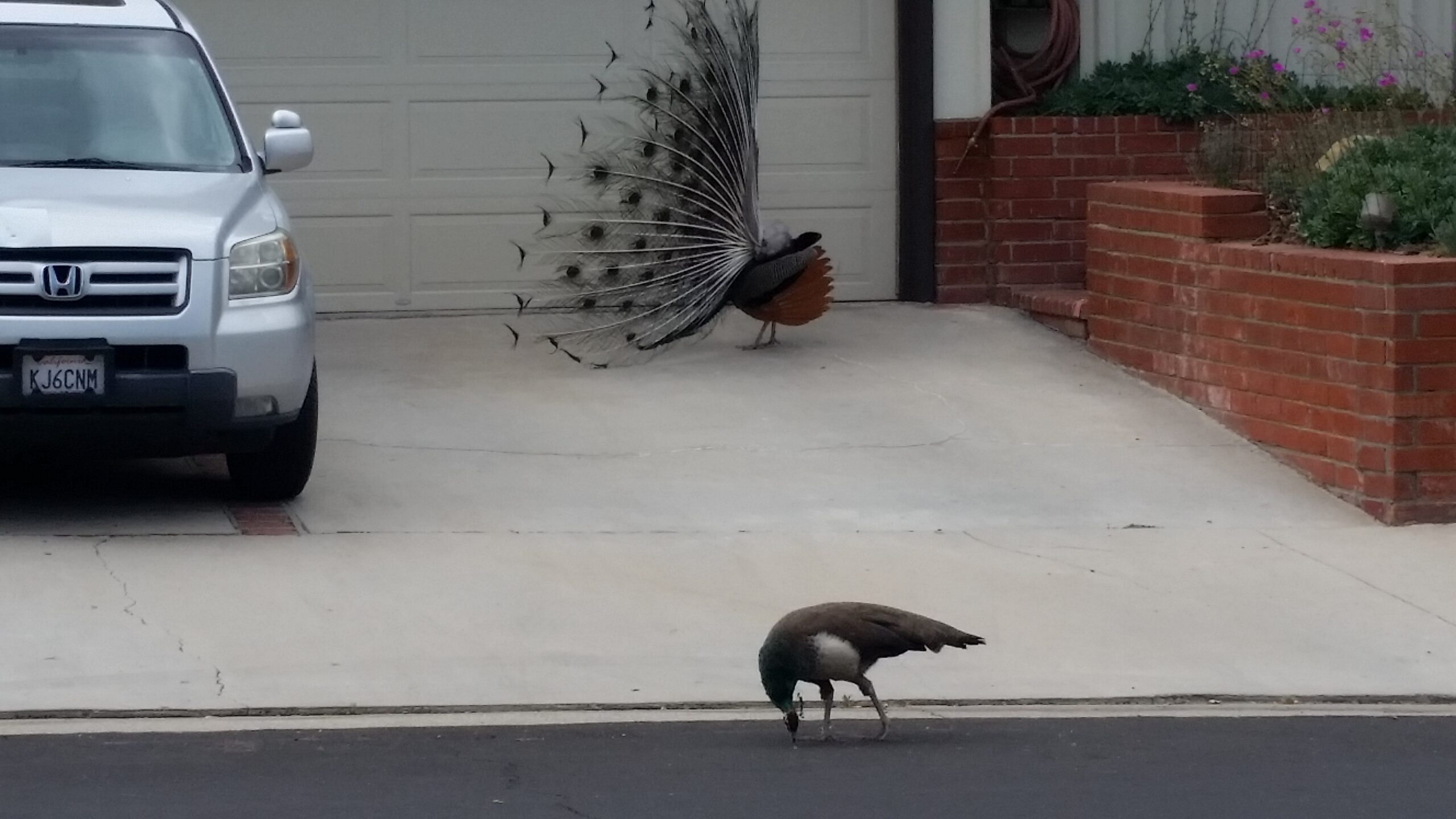 There was another one calling out and fanning his tail, but he was up someone’s driveway, so I couldn’t get a good picture.

Still, they are beautiful birds.

We’re going to have to plan a trip to the L.A. Arboretum where they have several walking around.

Second Steampunk screenplay:  174 pages.  <- Still working on this one.

Just got my new pin. 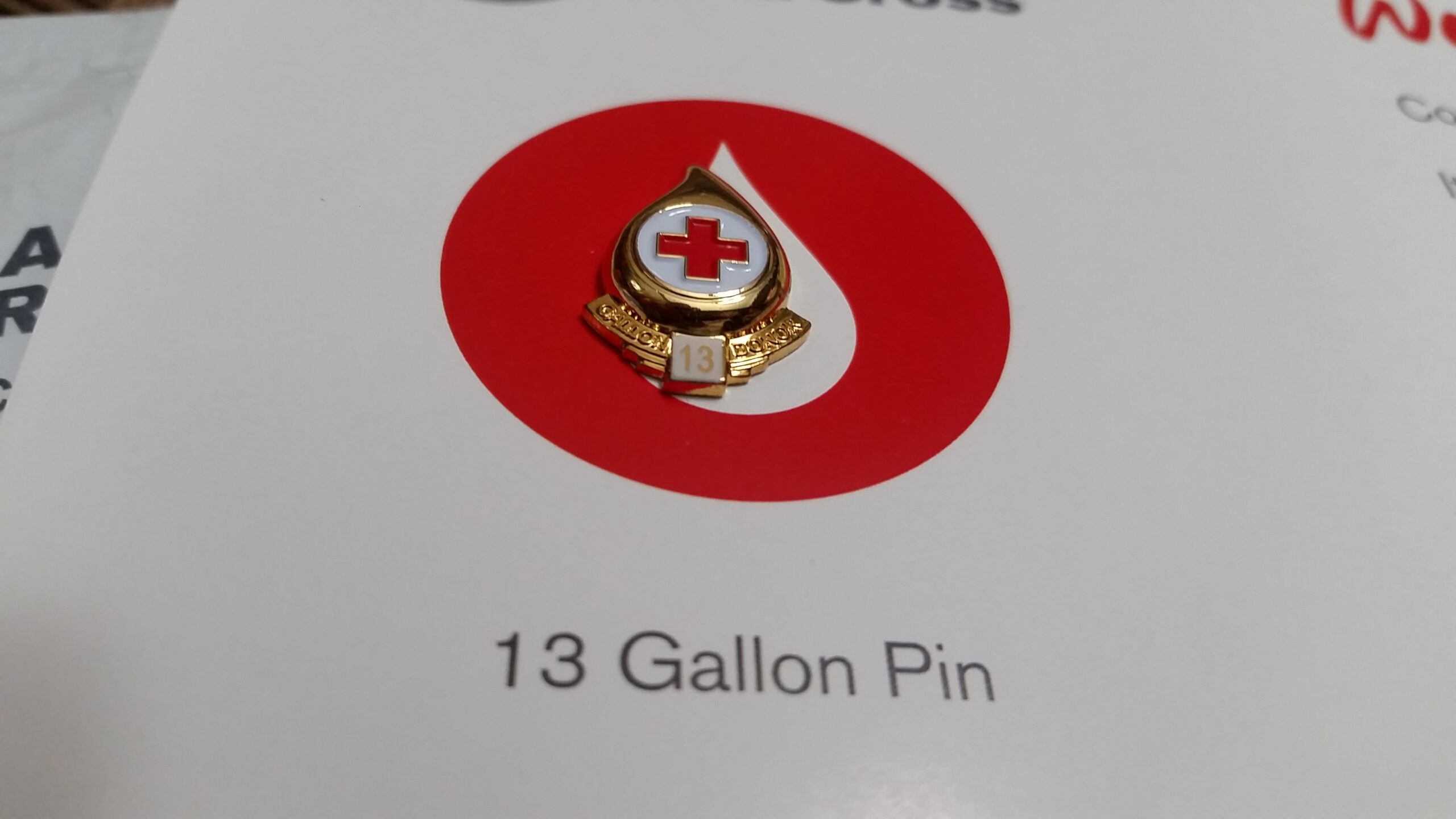