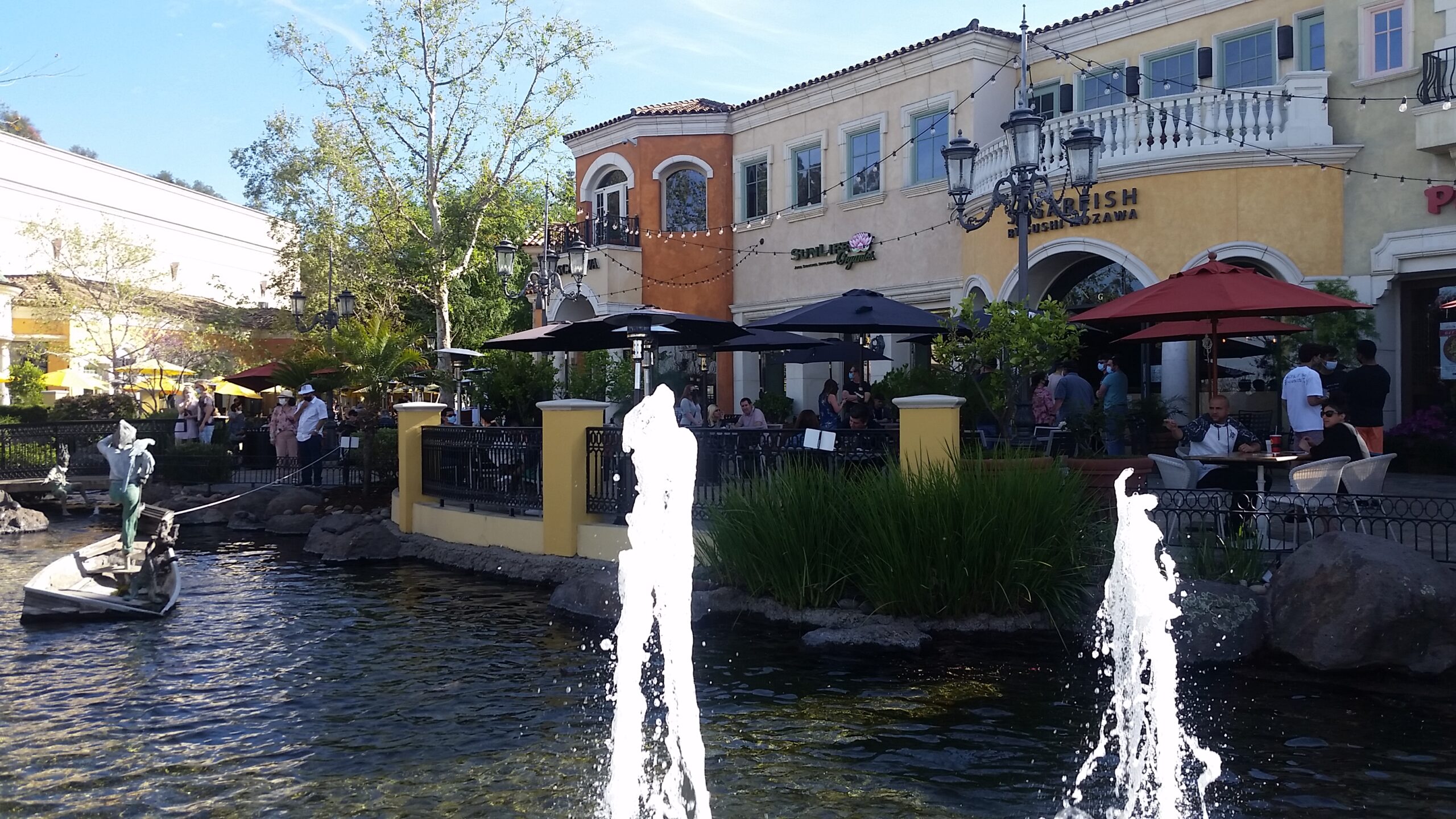 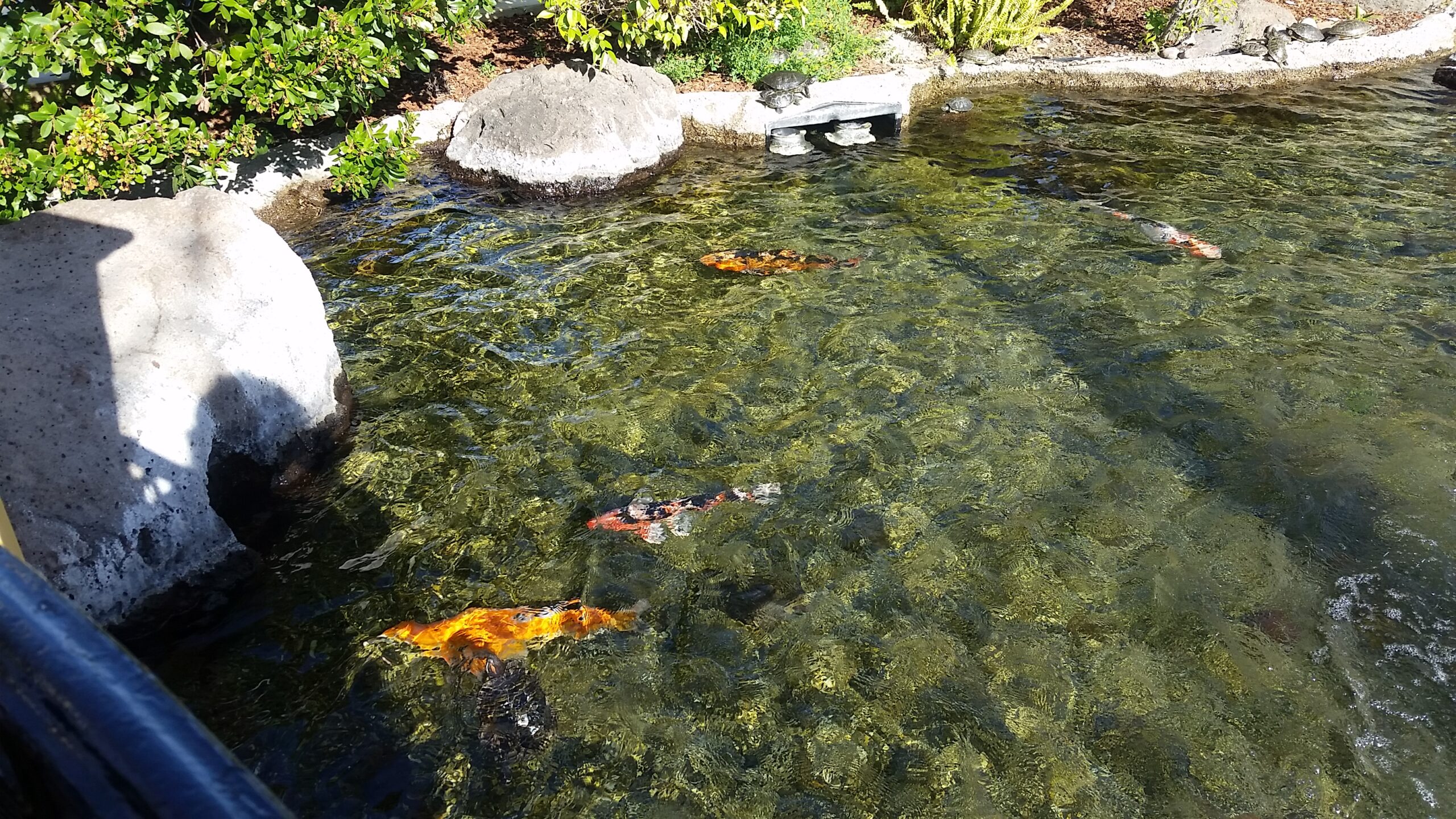 For now, I’ll enjoy the koi at The Commons.  Sometimes you just have to get away for a while, even if it’s just for an hour or two.  We also had some Pick-Up Stix by the pond. 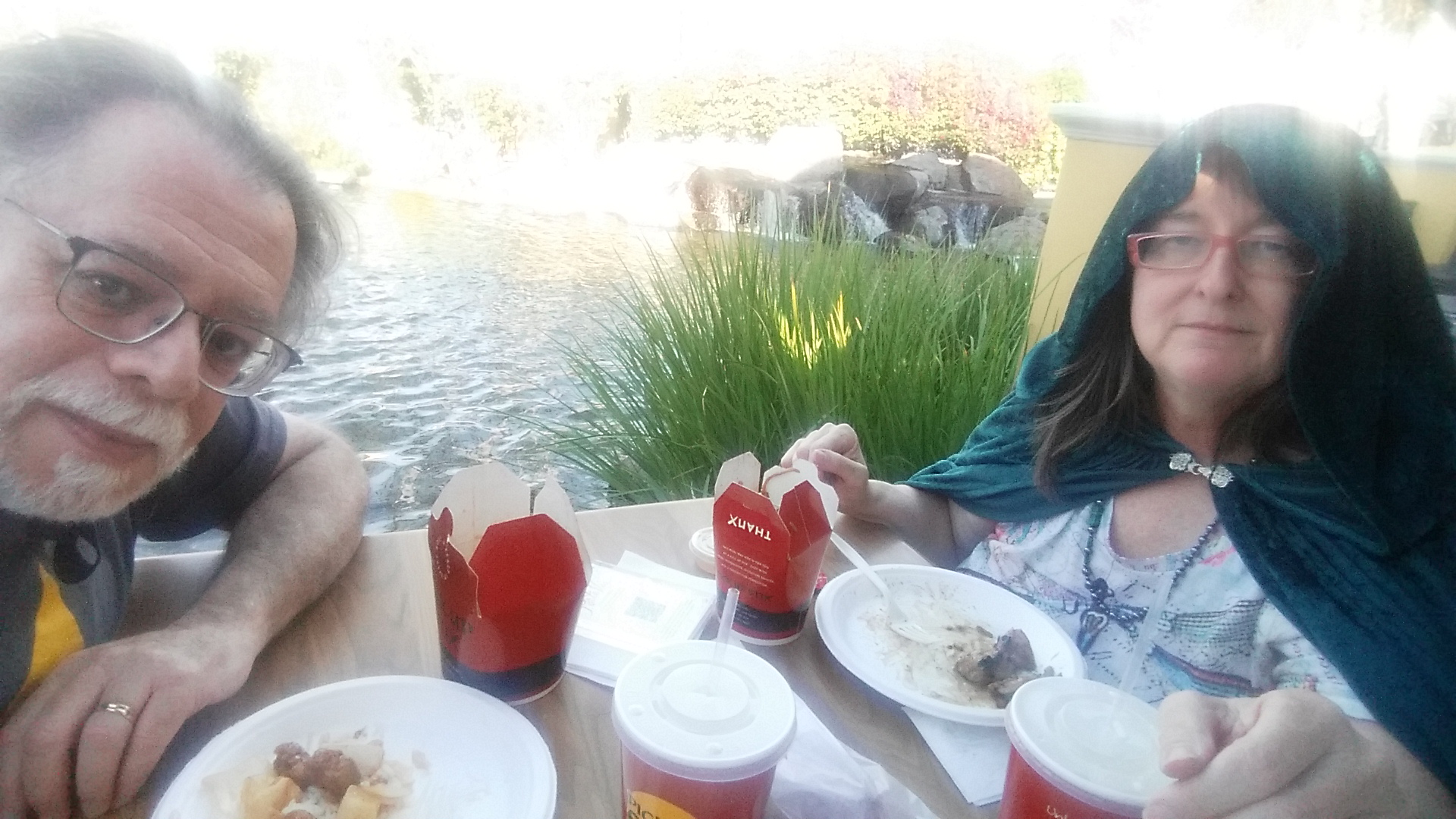 The pond also has turtles.  We were there too late to catch large numbers of them sunning themselves on the rocks. 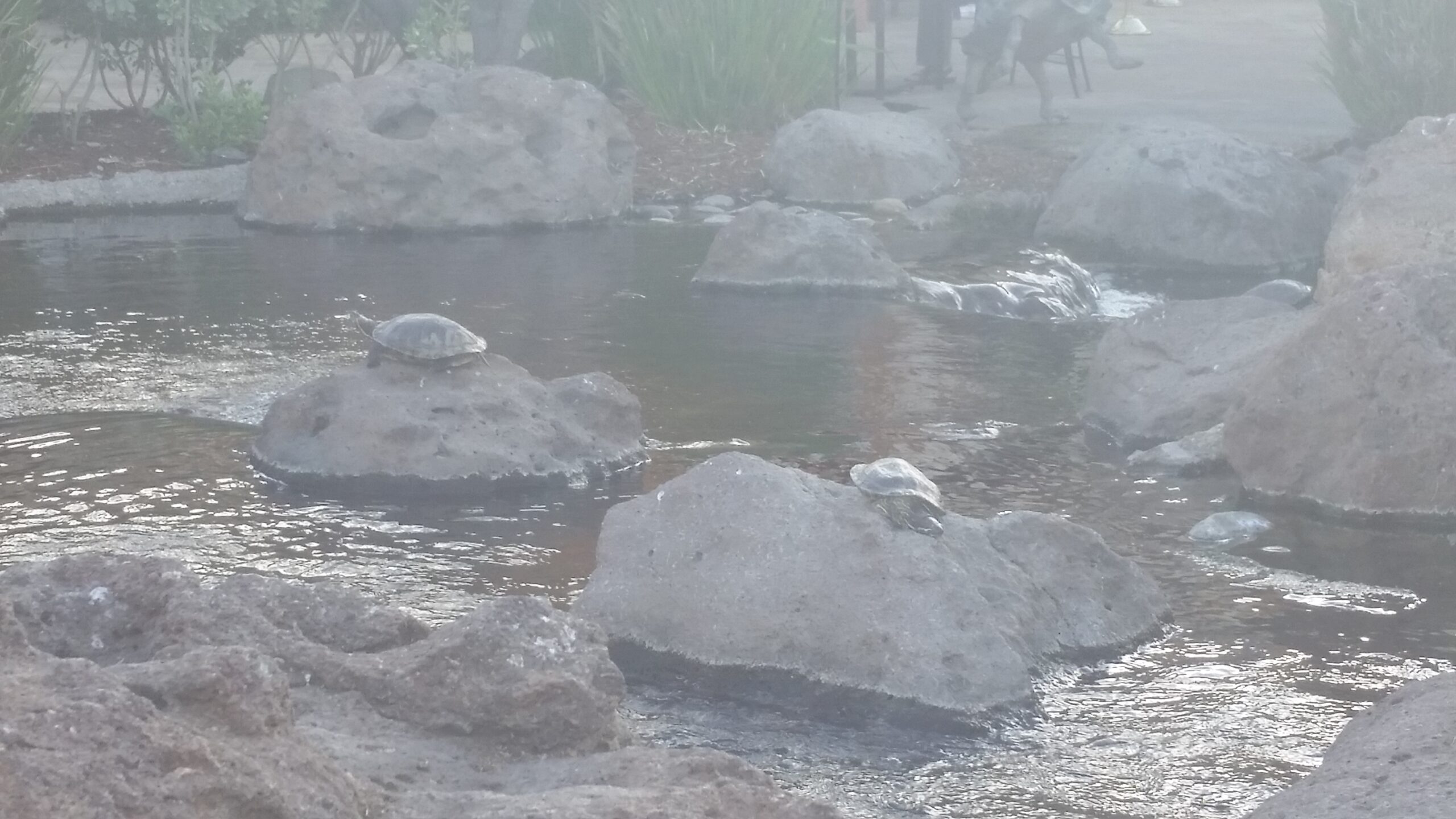 Later, we went to Barnes and Noble to look around.  Like I need any more books.  Actually, I do, but I need more time to read them first.

The Commons is off the 101 freeway in Calabasas.  It’s about half an hour from where we live.  It actually has two koi ponds.  We like to go to the one on the west end.  The one on the east end is next to a seafood restaurant.  I don’t ask questions, but it does look like the koi have been thinned out a bit since we were last there.

Actually, the koi are pretty big, eighteen inches or more for the adults.  And there are younger ones as well.  I’m sure they get thinned out occasionally to prevent overcrowding.

First Steampunk novel:  72,328 words, First Draft DONE – Rewriting Chapter 12 and 13 for my critique group.  I didn’t rewrite chapter 6 last week because I was critiquing some stories for my other critique groups.

Looks like a good omen.  I better get back to work. 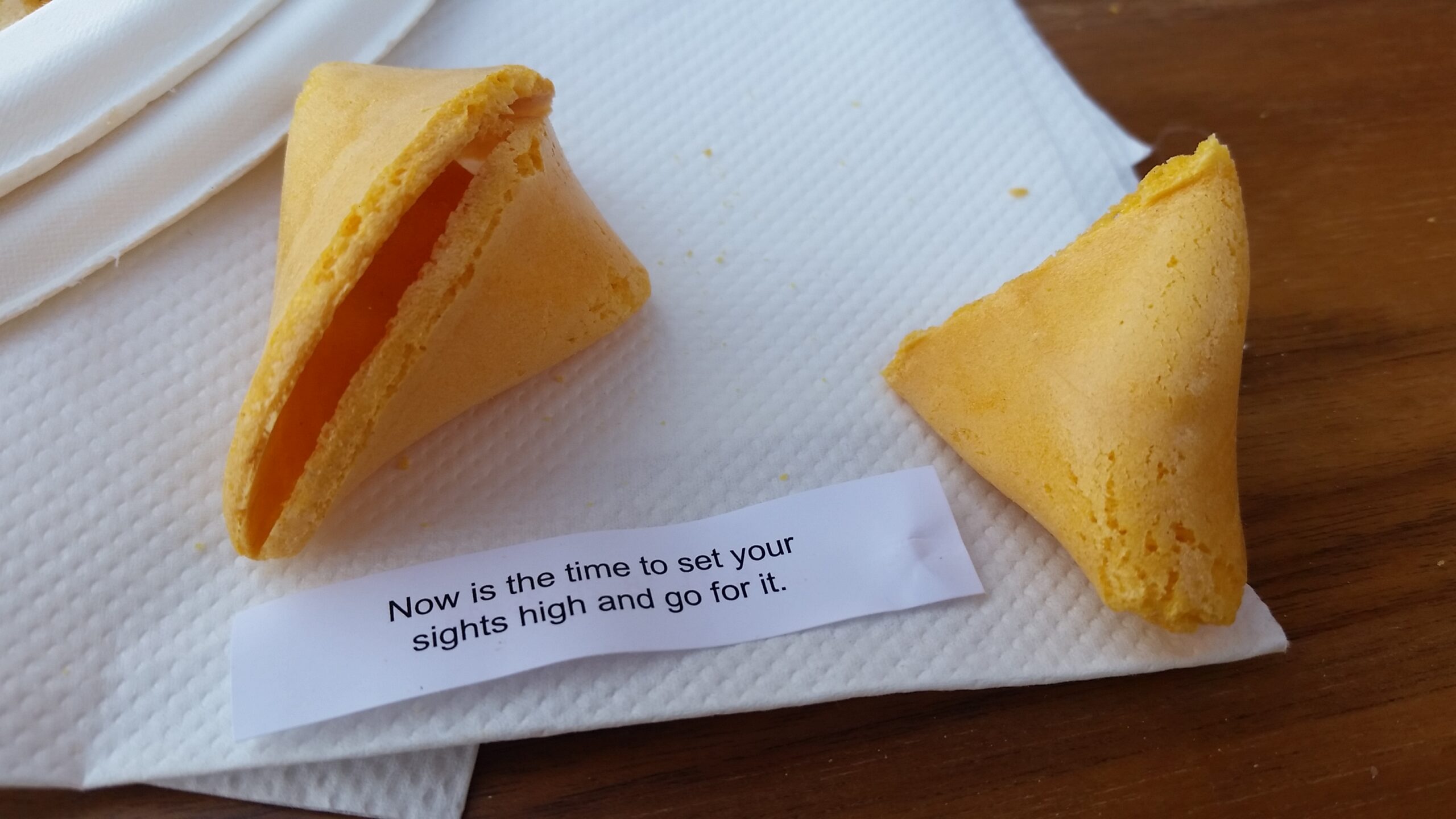