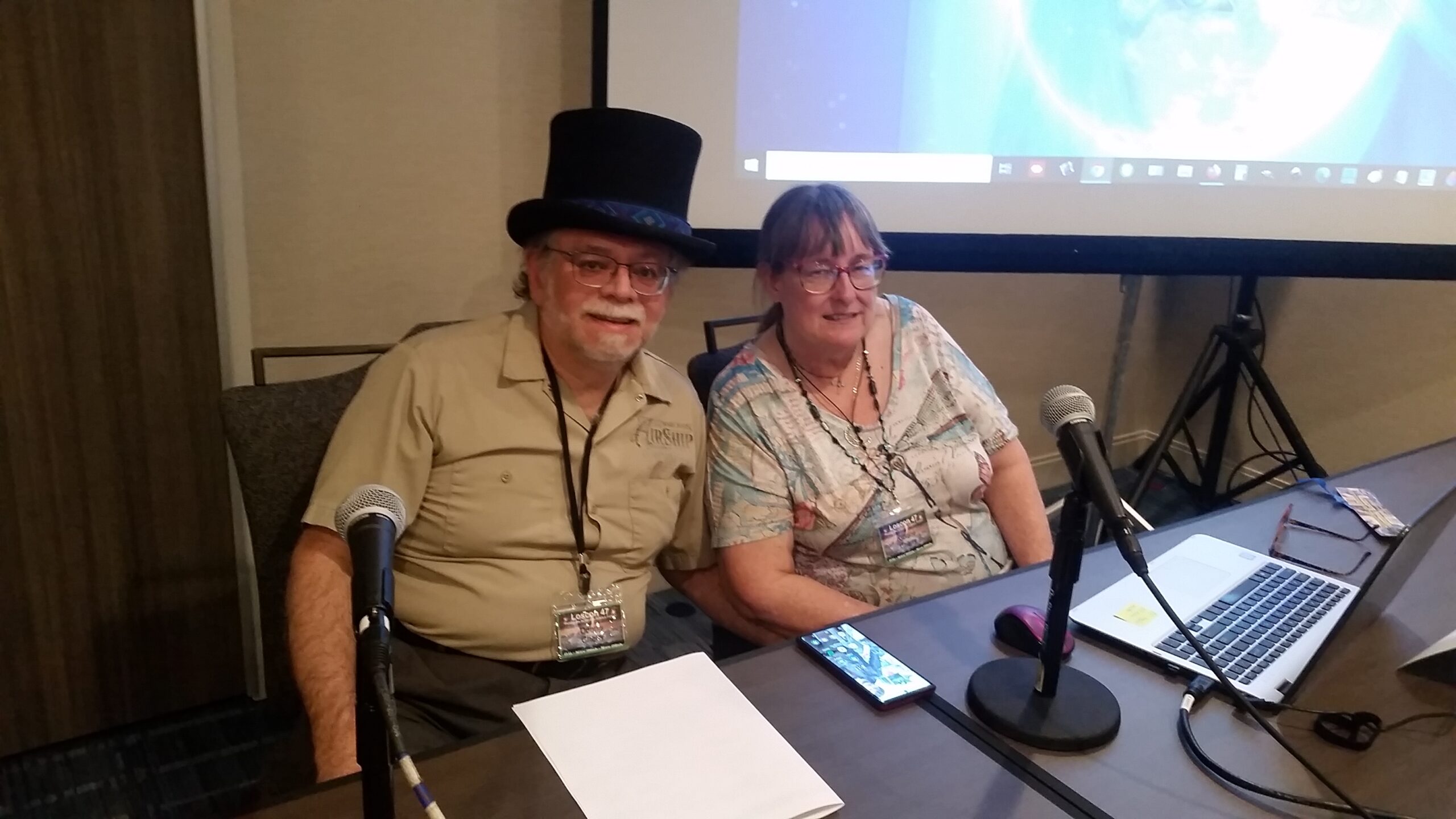 The first day of Loscon was a busy day for us.  It started with our first panel, “Married to a Fan:  Fan Guests of Honor interview”.  Nick Smith of the Los Angeles Filk Harmonics moderated, asking us questions.  We’ve known Nick for many years, so he was the perfect person to interview us.  Many questions centered around the fact that we have been married for 32 years, and what our secret was for a long and happy marriage.

There are many factors we discussed; having common interests, the same moral compass, but the best piece of advice we had is that you have to marry your best friend.  (see my blog #10 https://dennisamadorcherry.com/blog/marriage/dude-they-got-those-potato-chips-you-like/ ).  When you get married, you’re not only choosing a romantic partner, you’re choosing a roommate for life.

Between that and our next panel, we were even busier.  We had to go out and get a helium tank for the fish balloons at the blood drive (more on that in Loscon day Two).  This surprised our Guest Liaison, Michelle Pincus.  Most guests arrive at the hotel AND NEVER LEAVE!

At least not until the con is over.  But she solved our problem by getting us in-and-out privileges.  We had some other errands while we were out.  We then got a phone call from Michelle saying we were invited, along with the other Guests of Honor, to a brunch the next day.  That was problematic because that is the day of the blood drive, and we had previously stated that we wouldn’t be able to do anything else.  We decided that Kris would go to represent us and I would stay at the blood drive since I am the American Red Cross contact person.

Our next panel was actually Kris’s – a reading from the “Dragonfly Chronicles”, the book series she is currently working on.  We also discussed how Kris and I differ in our approach to writing.  I am going the traditional publication route while Kris is self-publishing. 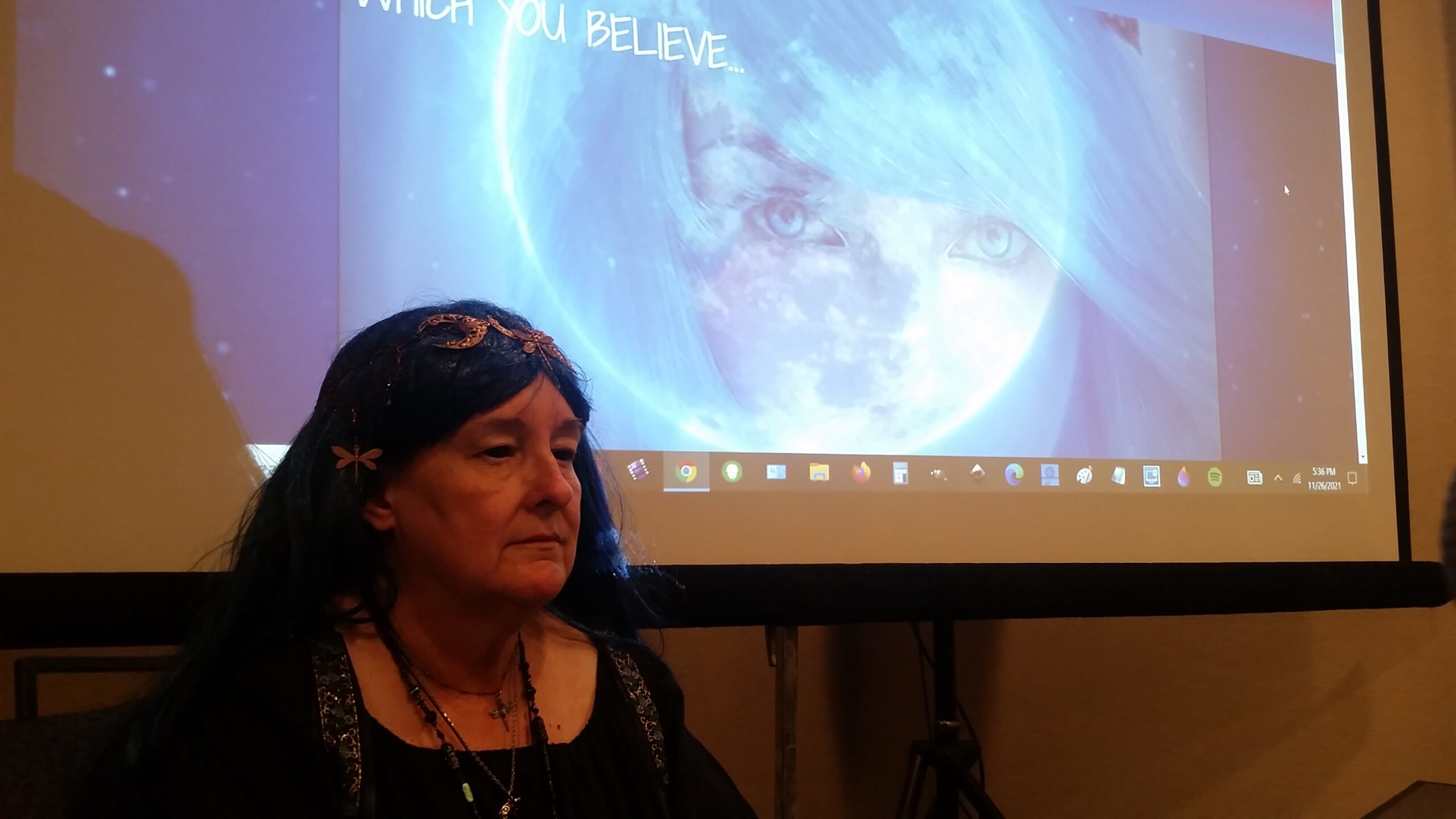 If you look at the picture closely, you will see she is wearing black contact lenses as part of her costume, her main character from her book series, Whocate, the Goddess of Death.  This creeped several people out, which was exactly the point of wearing them.

Loscon wouldn’t be Loscon without the Ice Cream Social Friday night.  This included various flavors of ice cream, including ice cream made on the spot using liquid nitrogen.  Science!

The event included lots of costumes.  I was in costume as Zack Frack, also a character from Kris’s “Dragonfly Chronicles” series.

We then went off to get some rest for the big day:  The Blood Drive.

Next week writing gets back on track.

I have to say the Staff Lounge was very Creek Kid friendly. 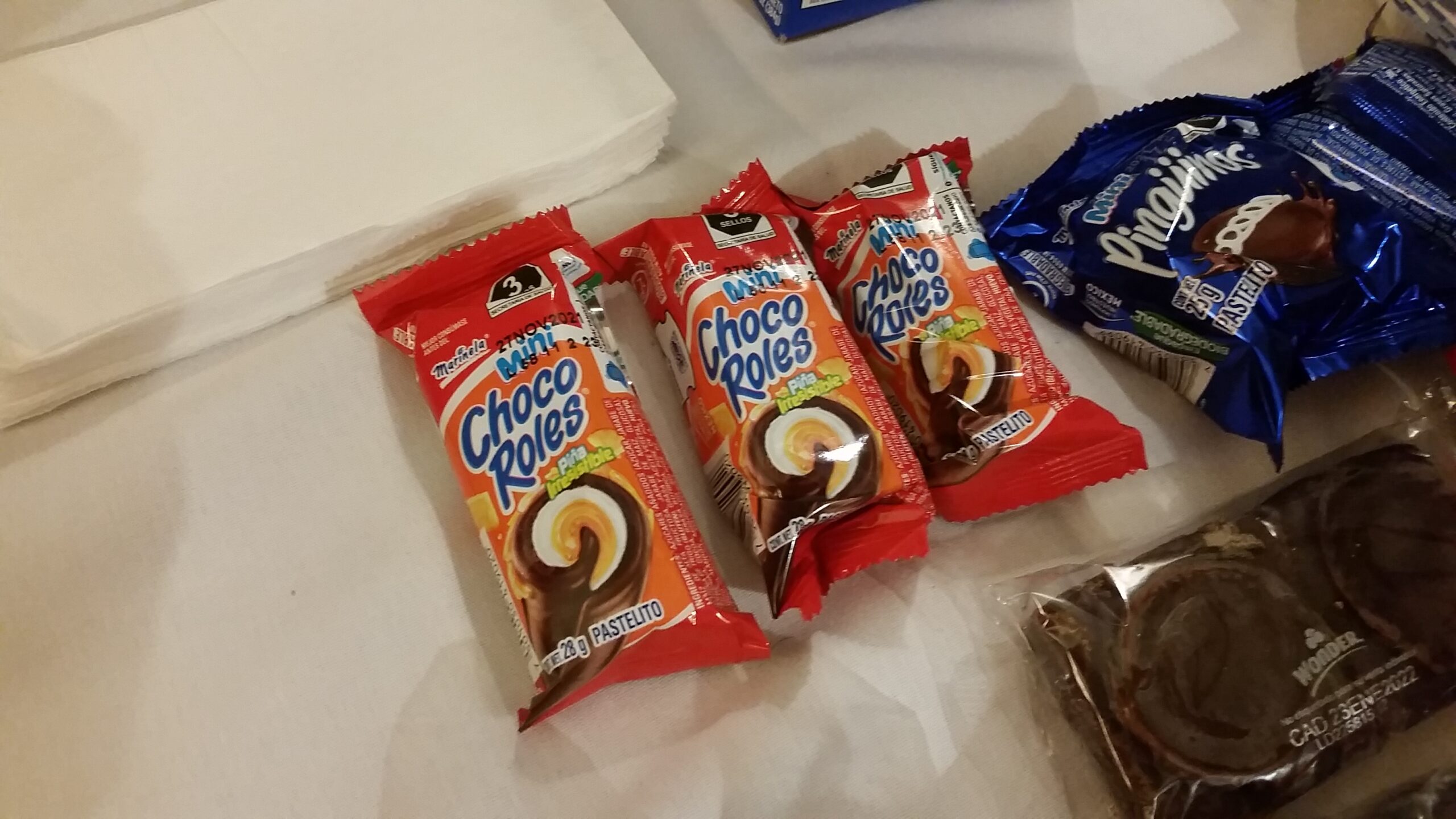 (For those of you who watch, “Craig of the Creek”.) 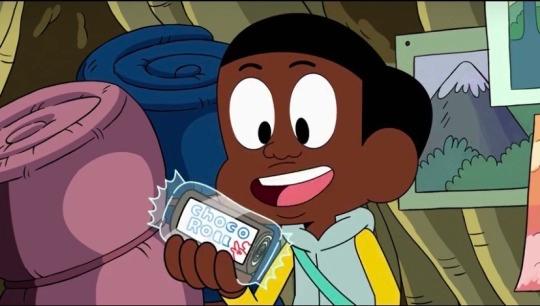 Tags: ConventionsLosconMarried to a Fan