How Thymes Have changed 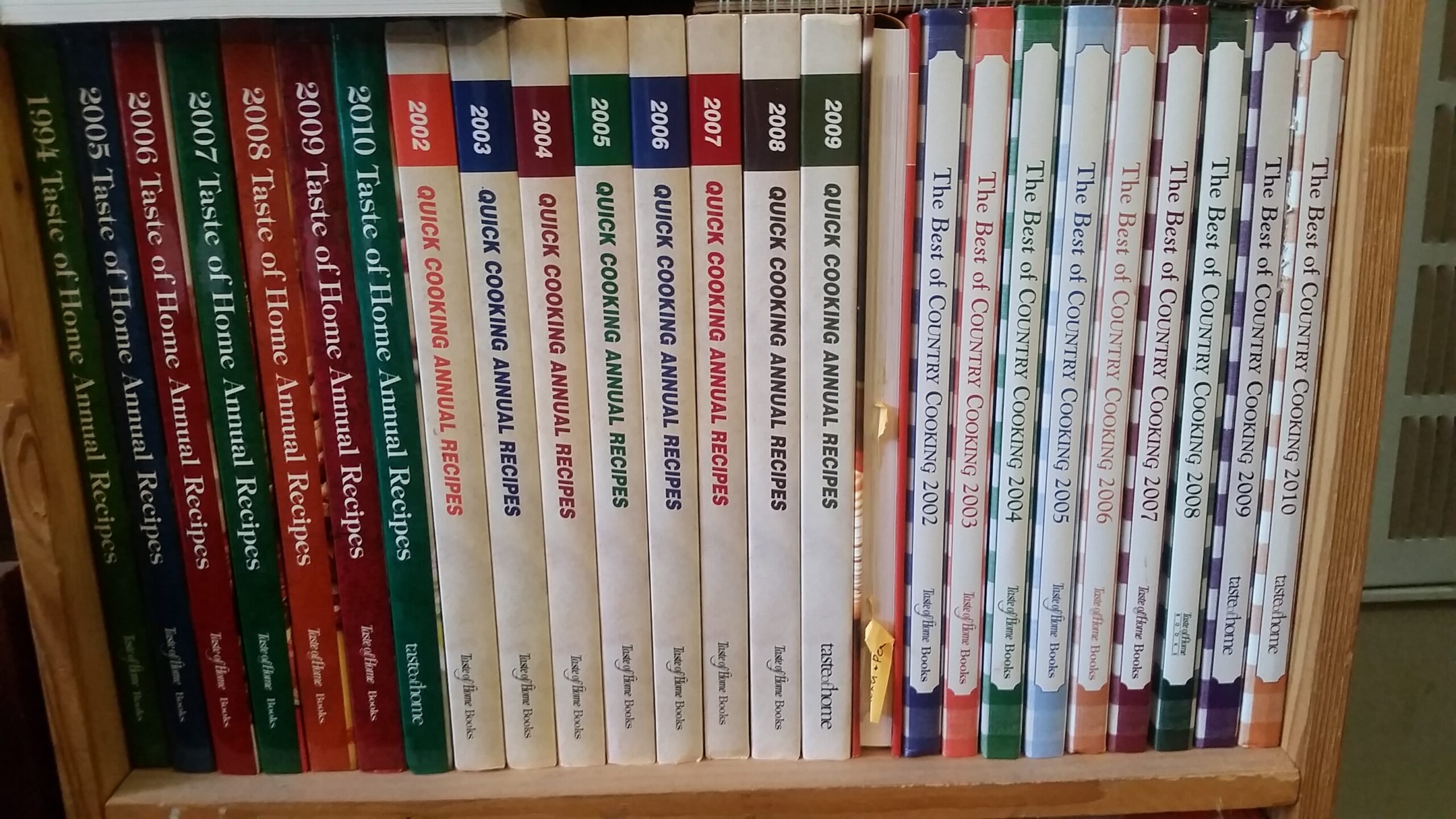 When Kris and I got married, cooking was kind of a chore.  We didn’t really mind it, but it wasn’t particularly exciting.  We had our favorite dishes, and we would say we should try making something new, but we rarely did.

Then we moved from an apartment with a small kitchen to a home with a full-size kitchen.  That was more inspiring.  But it wasn’t until I got a free copy of “Taste of Home” magazine  https://www.magazine.store/taste-of-home/  that things really took off.  I looked through the magazine and thought, “I can actually make this stuff?”  That’s when I fell in love with cooking and the kitchen became my domain. 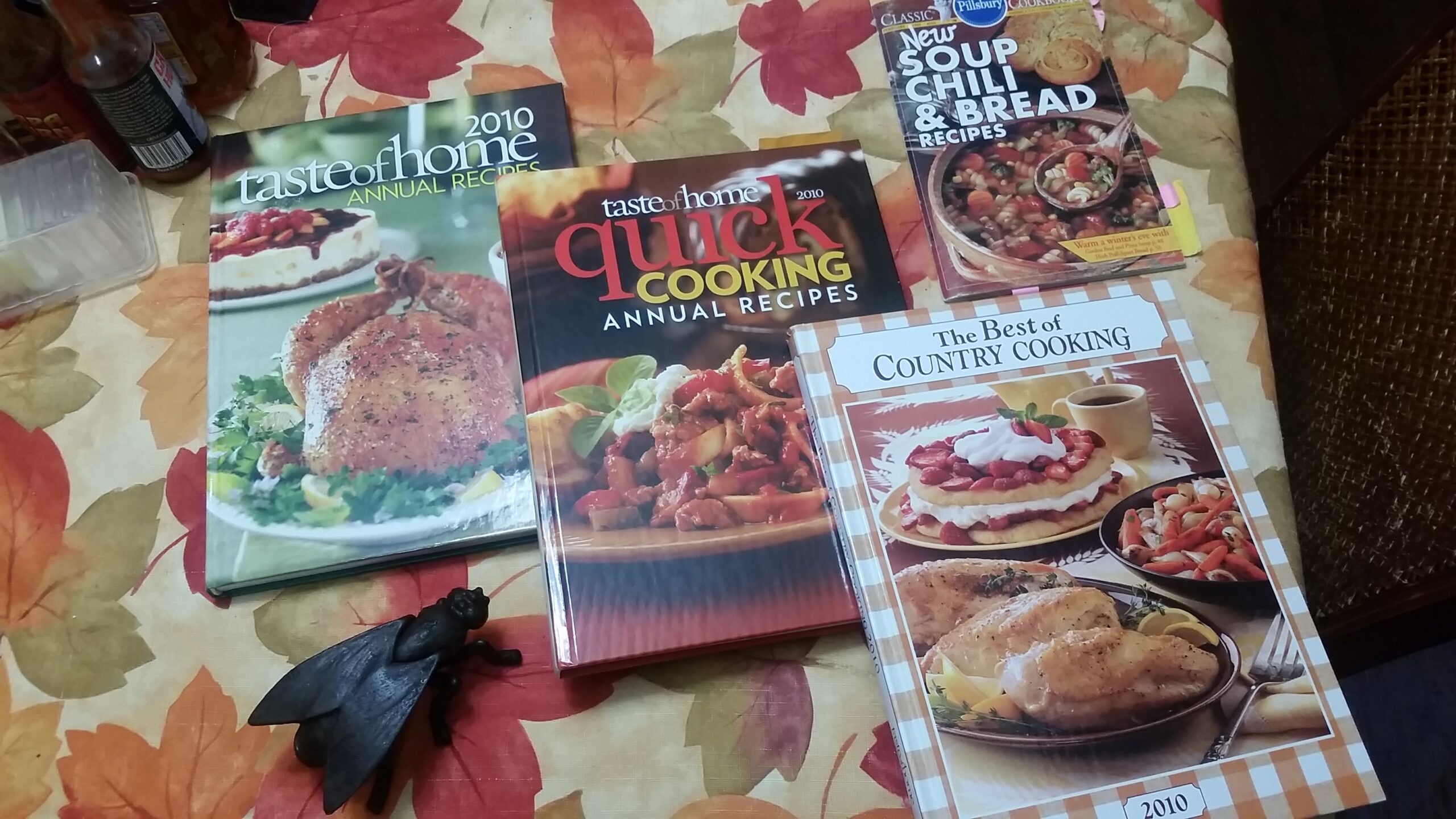 Then came Facebook and pages like, “Brown Eyed Baker”, “Delish Recipes”, “Eating on a Dime”, and my latest favorite, “ArmirasPantry.

I’ve been growing a habanero plant that has been very fruitful, so I’ve been looking for habanero recipes.  These were yesterday’s experiments.  Habanero and Goat Cheese Meat Loaf  https://www.allrecipes.com/recipe/187799/habanero-and-goat-cheese-meat-loaf/ and as a side dish, Pepperoni Pizza Macaroni and Cheese  https://happyhomeschoolnest.com/pepperoni-pizza-macaroni-and-cheese/?fbclid=IwAR3gNhXRltoNi2IPnqLWv00_5yIZITTSiFBX6jyLppJQN9O1v4TnL4jaUzk 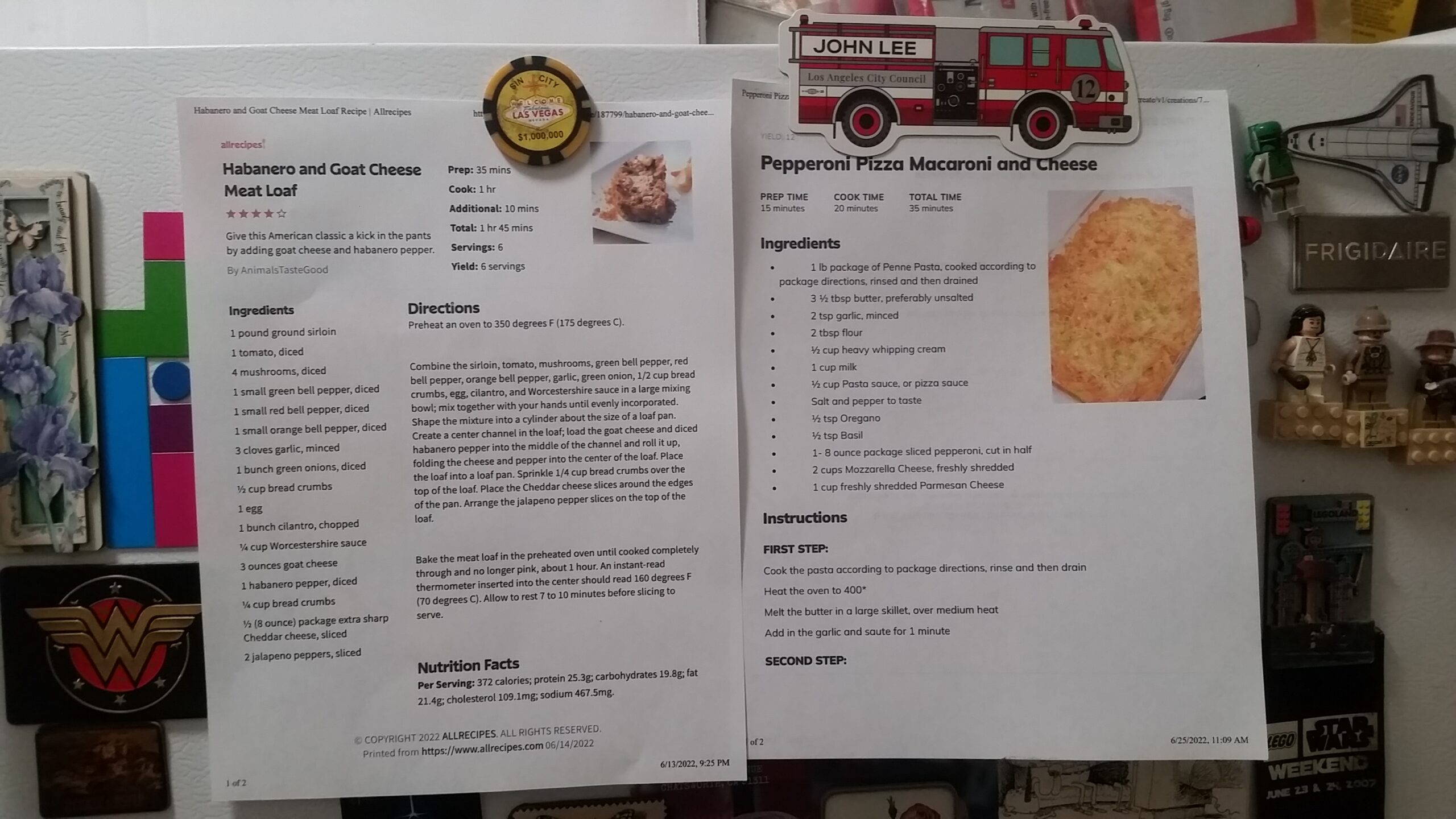 Both were winners.  The meatloaf is rather prep intensive.  There are a lot of non-meat ingredients that have to be chopped to go into it.  The recipe calls for a small red, yellow and green pepper.  I don’t know what they consider small, so I just put in half of each pepper.  Next time I think I’ll try a 1/3 cup of each and two habaneros instead of one.

The Mac and Cheese was equally good, but I would double the pasta sauce next time. 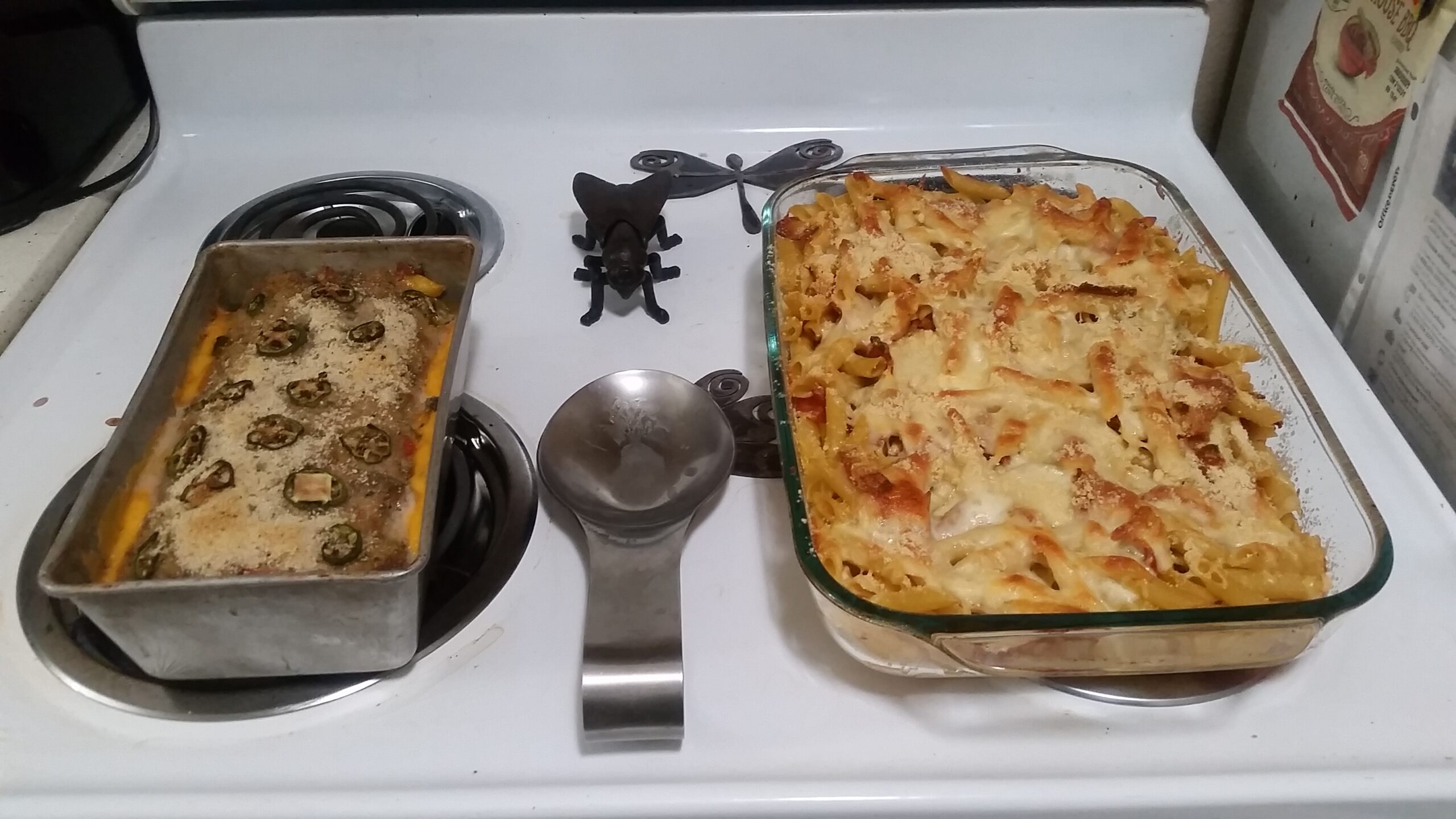 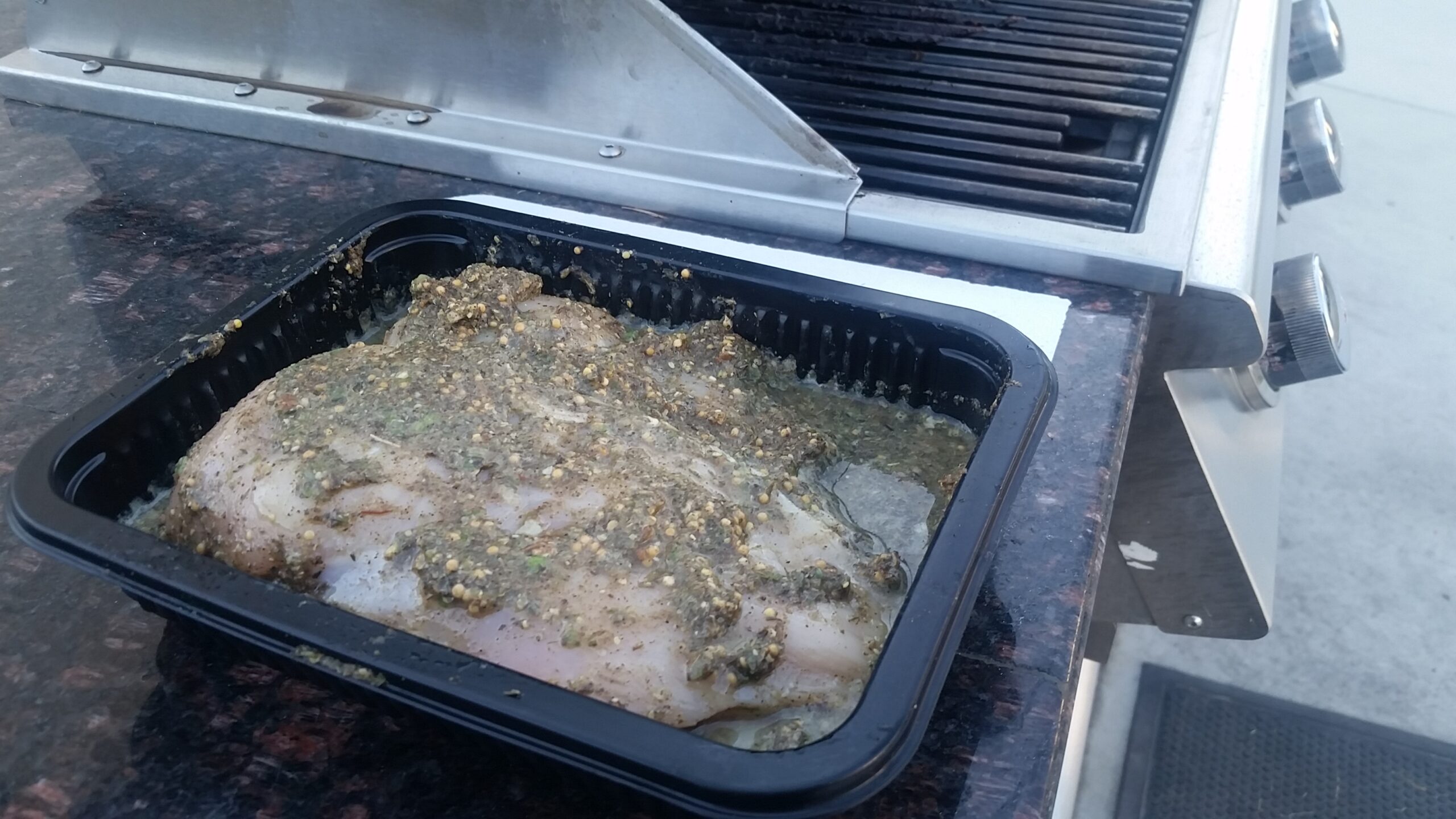 The flavor was a bit strong, but not from the habaneros, probably from the amount of thyme and basil.  If I make this again, I’ll probably cut those two ingredients in half.  There was a lot left on the plate.

But it did give me the opportunity to grill for the first time this year. 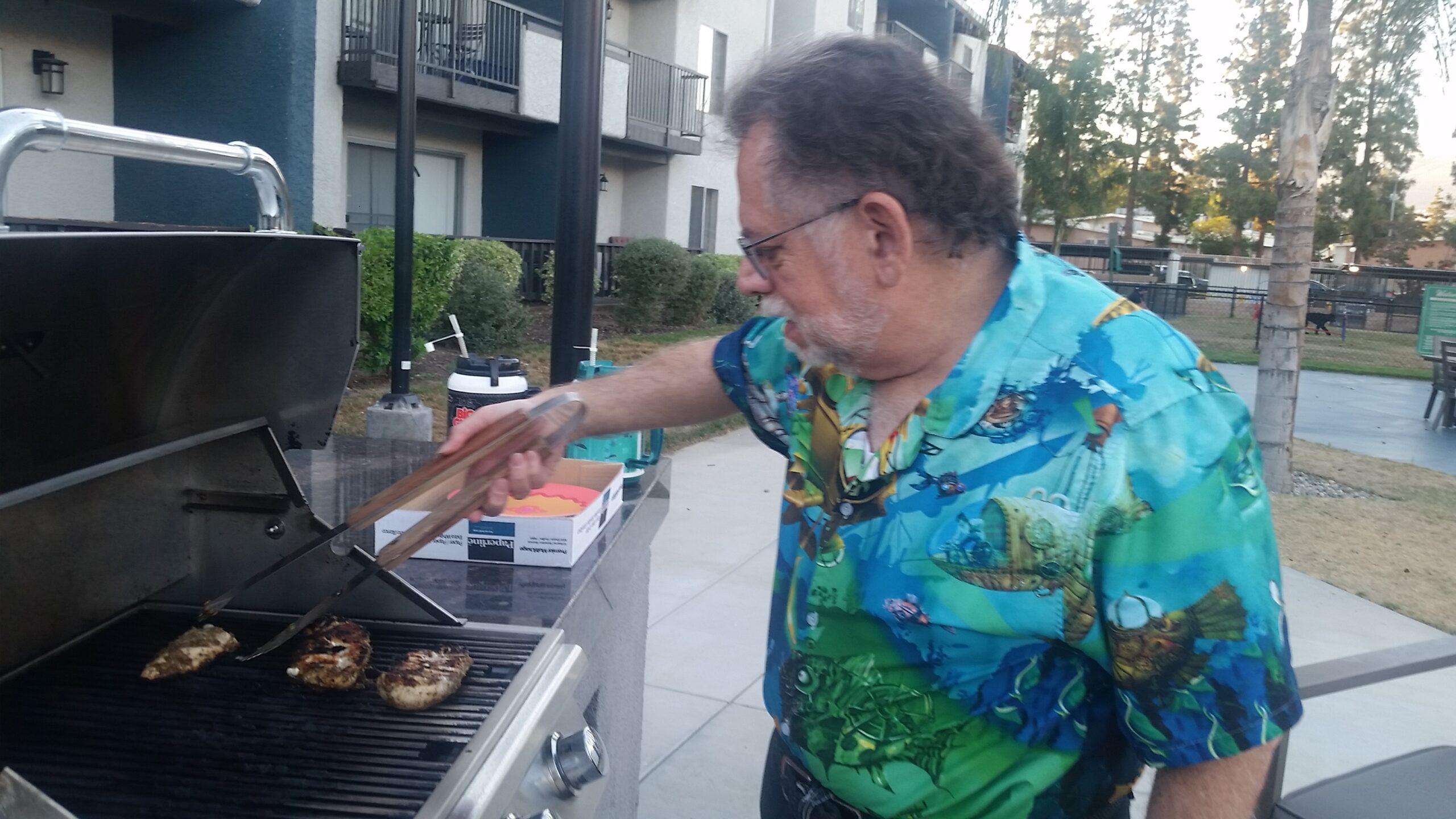 “Good meatloaf.  It didn’t even need ketchup, but a little heavy on the veggies for a MEAT dish.  I agree with Dennis’ proposed adjustments.  I love the added crunchy tips baking the Mac and Cheese gives it.  But as a side dish, I would half the recipe.” – Vincent Reinheart. 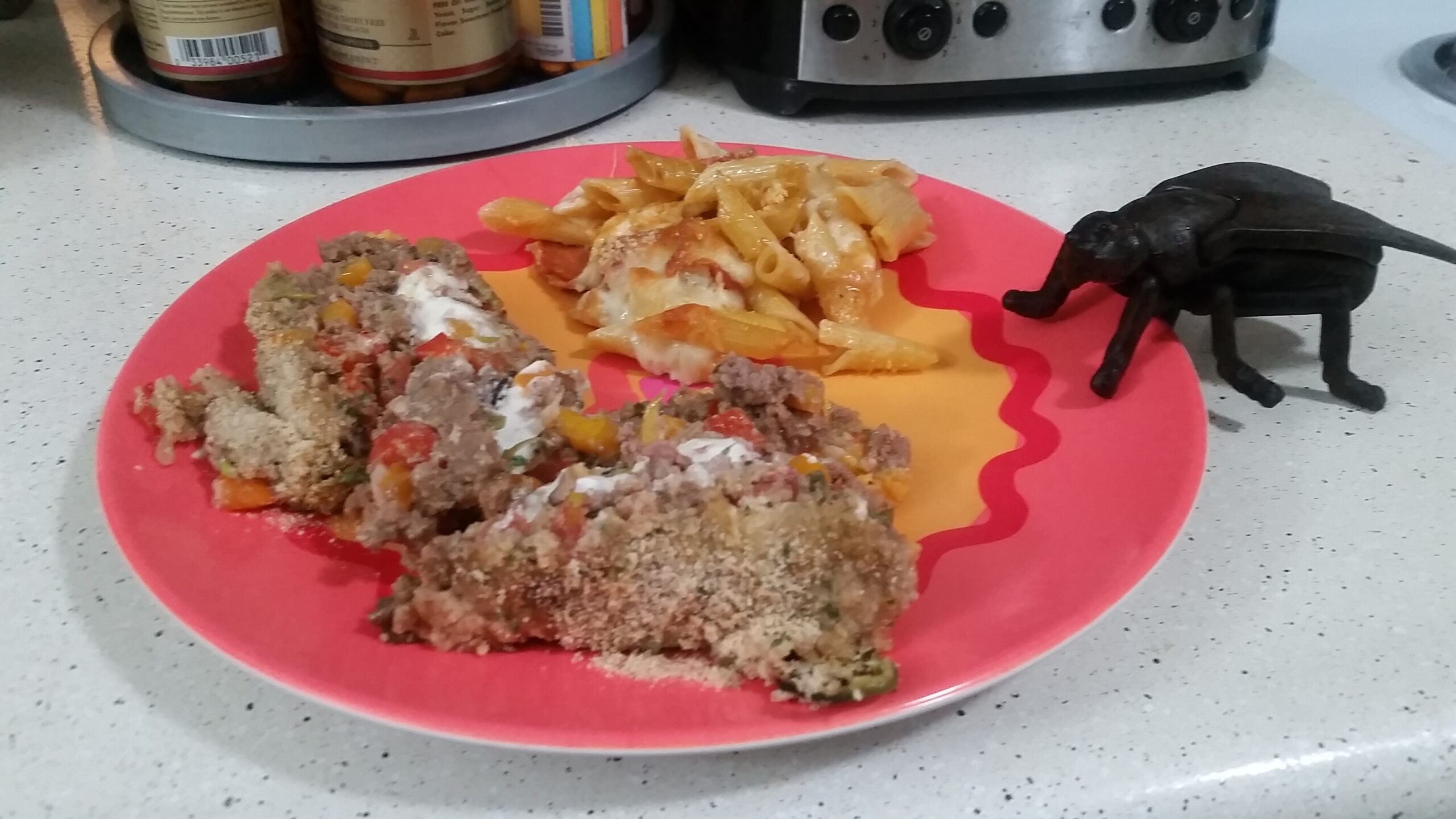 “I would agree with Dennis on the Grilled Jamaican Jerk Chicken.  Cut the thyme and basil, but also increase the habaneros from three to five.  After all, the idea was to enjoy the habanero flavor which seemed to be overwhelmed.”  –  Vincent Reinheart. 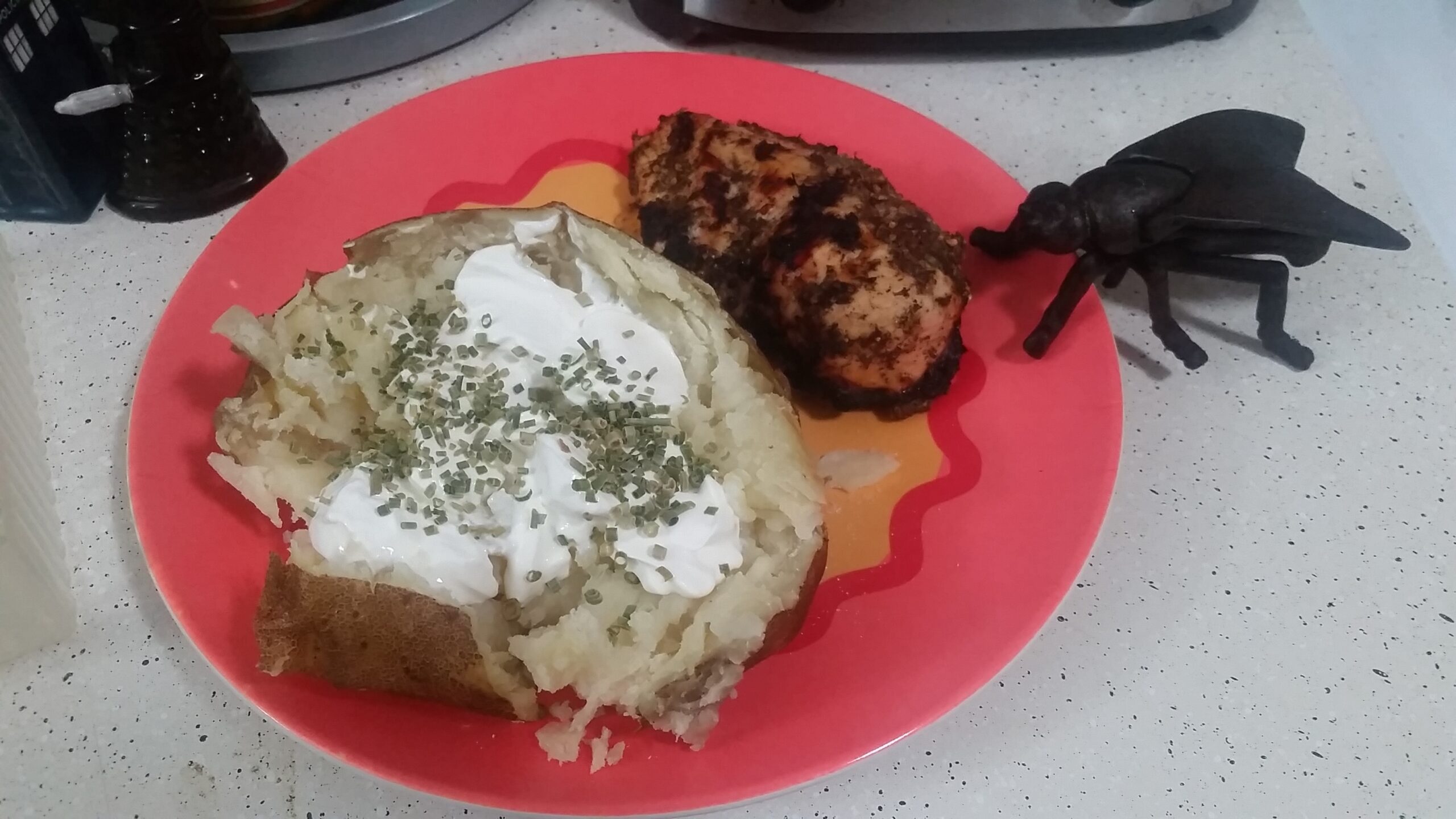 When grilling it is important to keep hydrated (Mountain Dew Slurpee from a 7-11 on Rinaldi and Tampa in Porter Ranch). 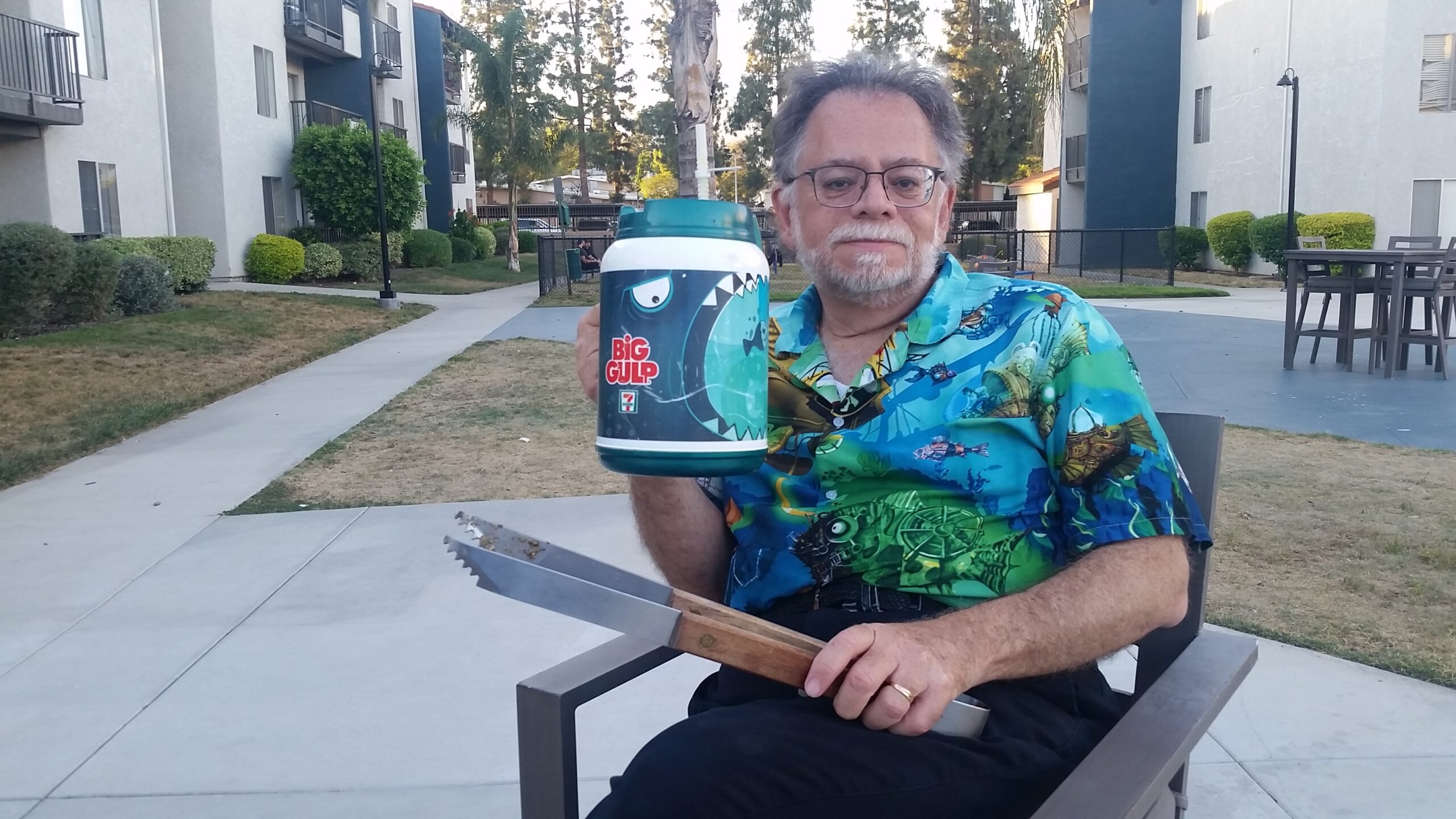