Anniversary on a Budget 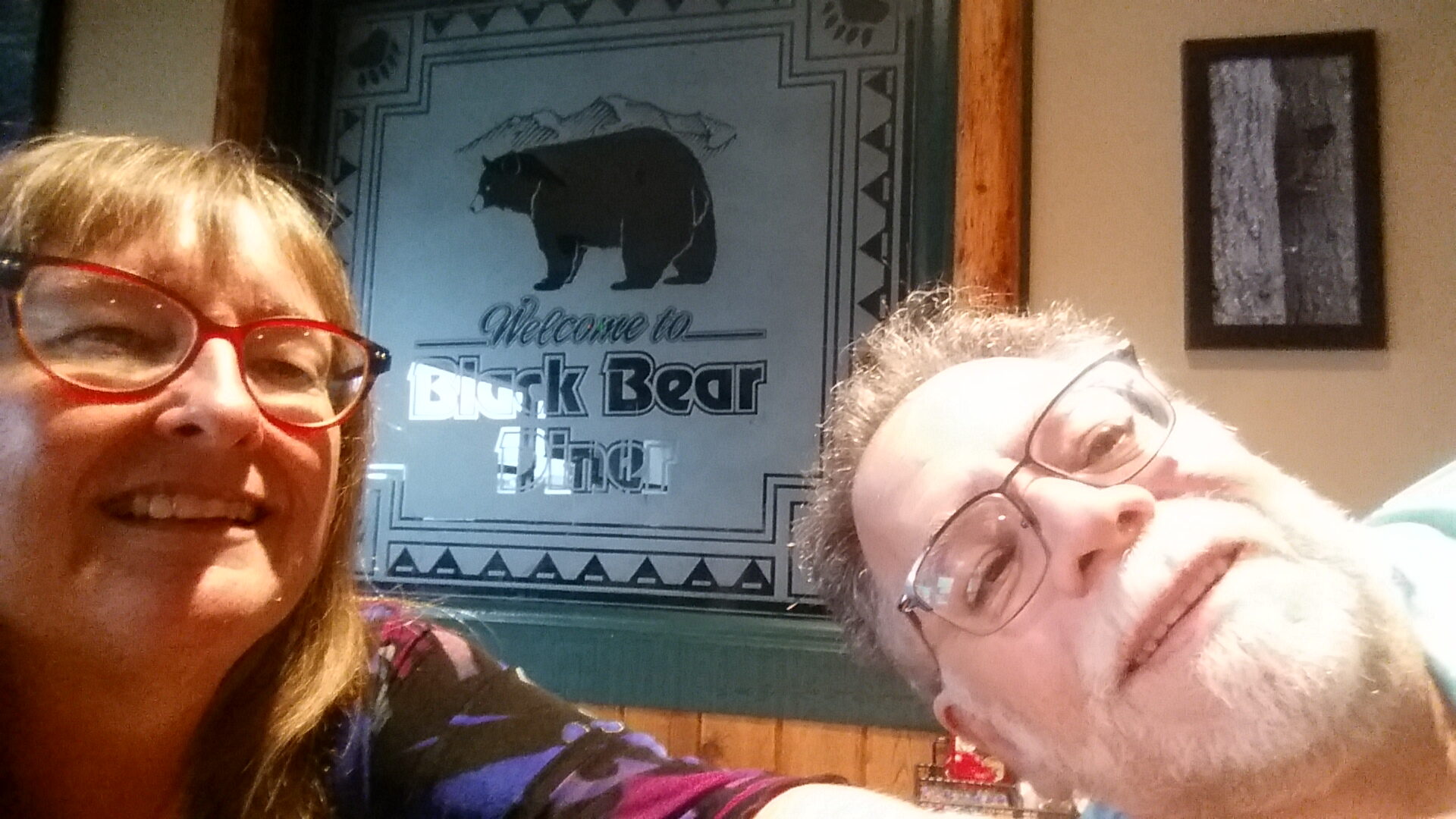 Yesterday was our 33rd wedding anniversary.  In past years we’ve taken a week-long trip to Baycon or Fanime in San Jose, then a stop in SLO (San Luis Obispo).  Or a couple of times just a weekend in SLO.

This year, our budget being tighter, we stayed in town, but we still had a great time.  We started with breakfast at the Black Bear Diner.  BlackBearDiner.com   We went to the one in the San Fernando Valley a year ago with some friends, and ever since, I’ve been wanting to go back.  This time we went to the one in Simi Valley, located in the Mountain Gate Mall just off of First Street. 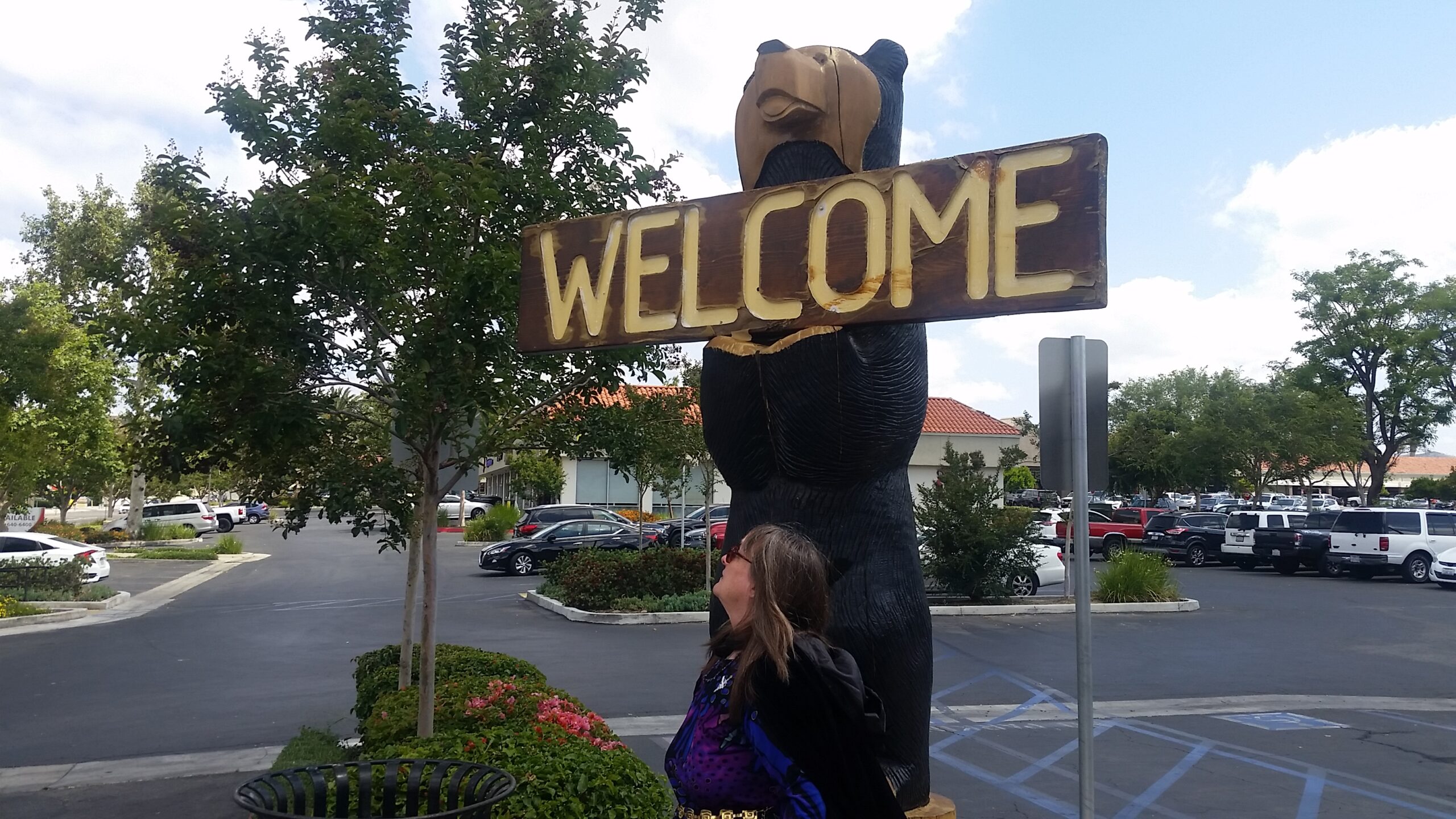 The sign at the front door says it all.  Bacon Cheeseburger Salad.  Yeah, this is my kind of place. 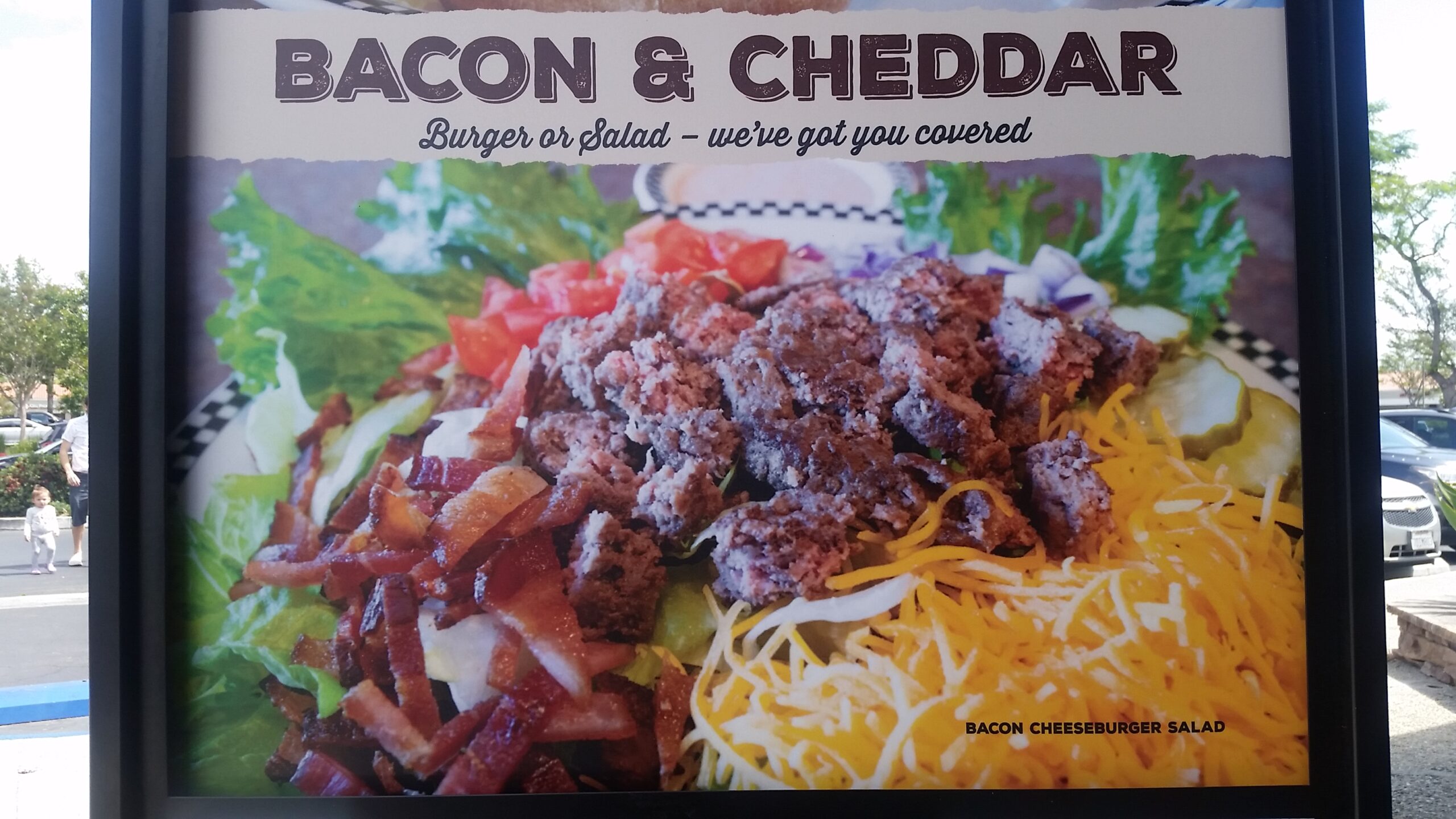 The inside is decorated will all kinds of bear stuff and fishing stiff. 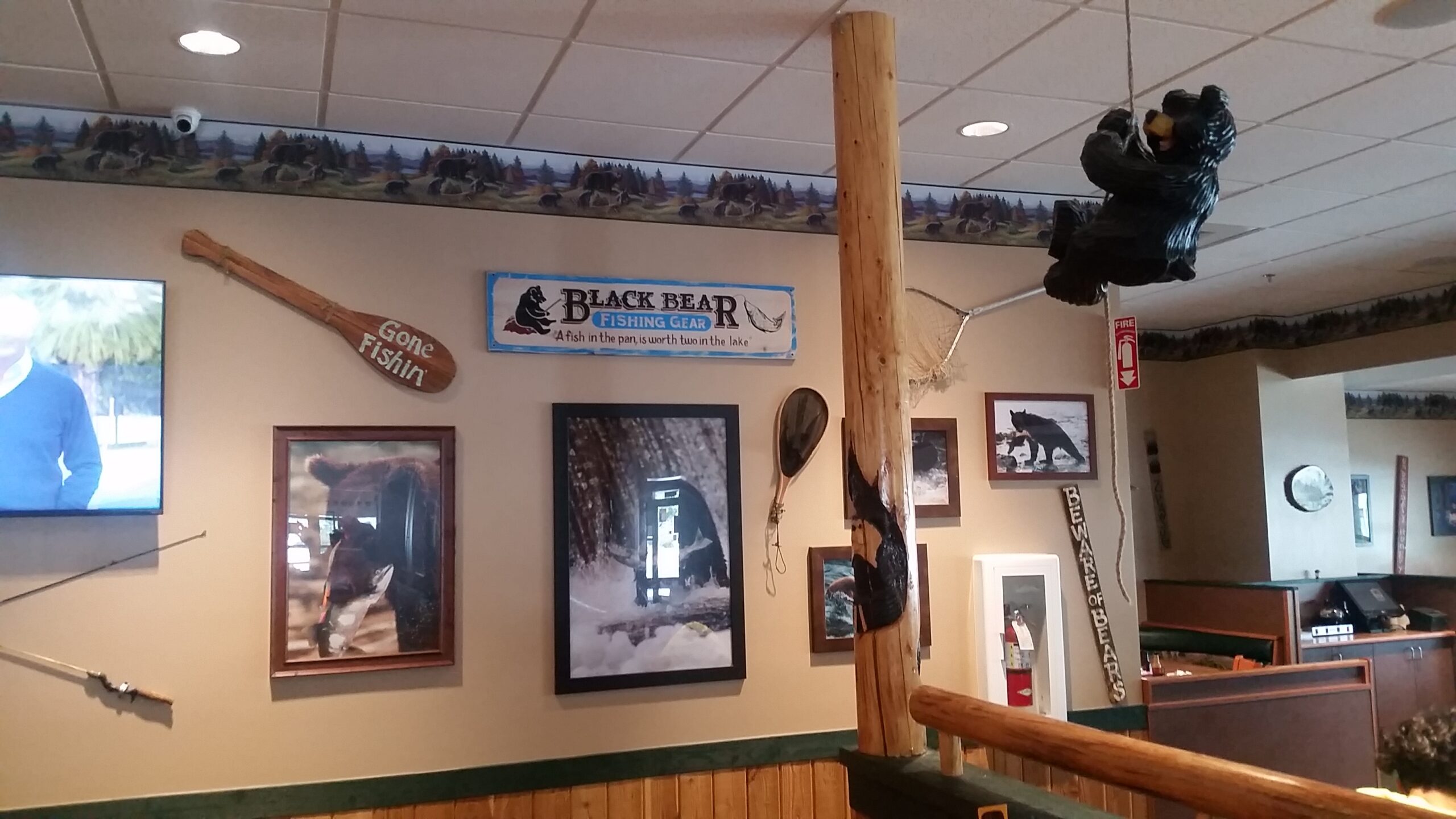 Kris had the California Omelet with avocado, mushrooms and Swiss cheese. 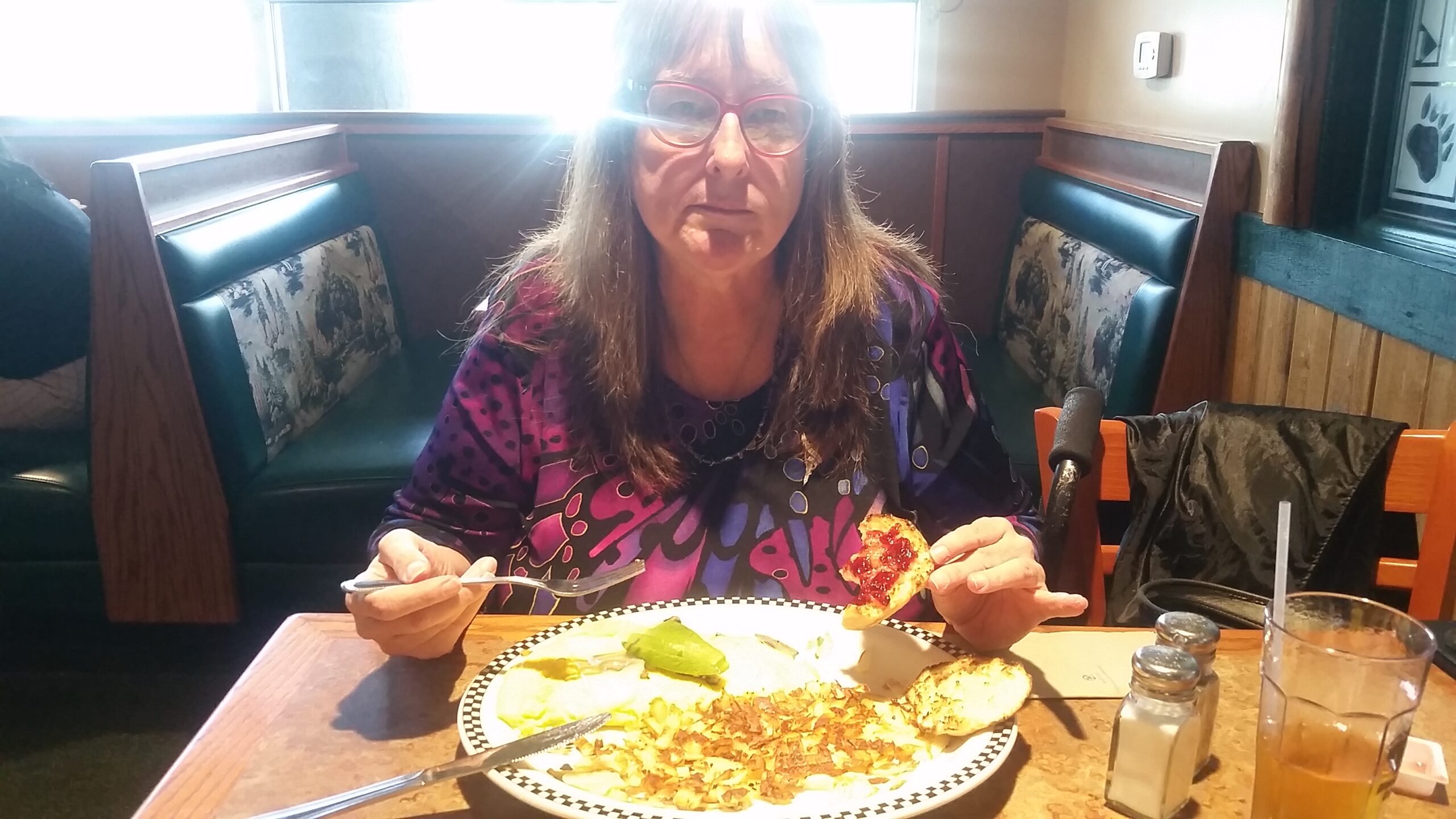 I had the two eggs with a hotlink sausage.  These portions were huge!  Look at the size of that one sausage. 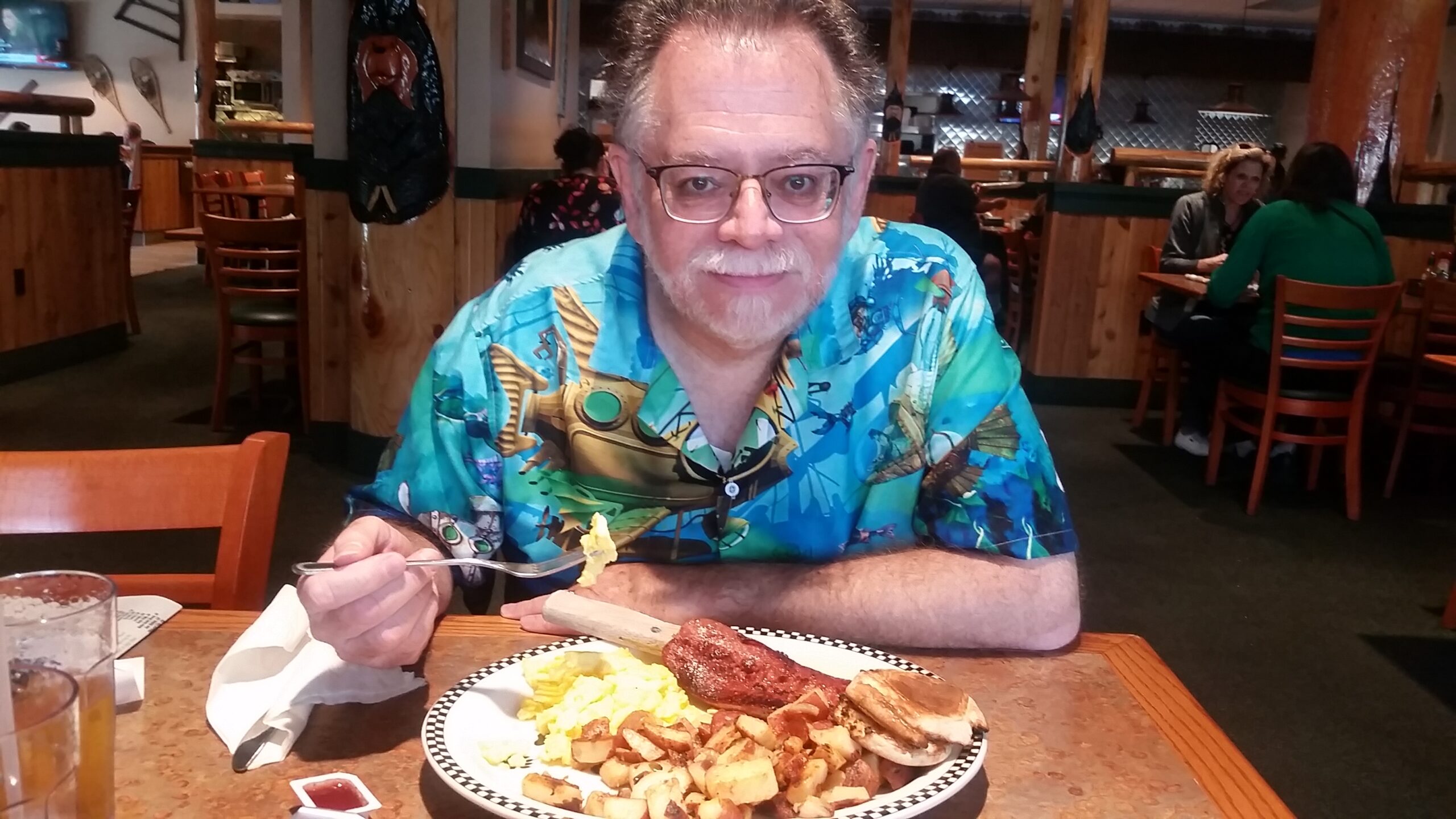 And they had a habanero hot sauce.  This had to come home with me – from the gift shop. I didn’t swipe it off the table. 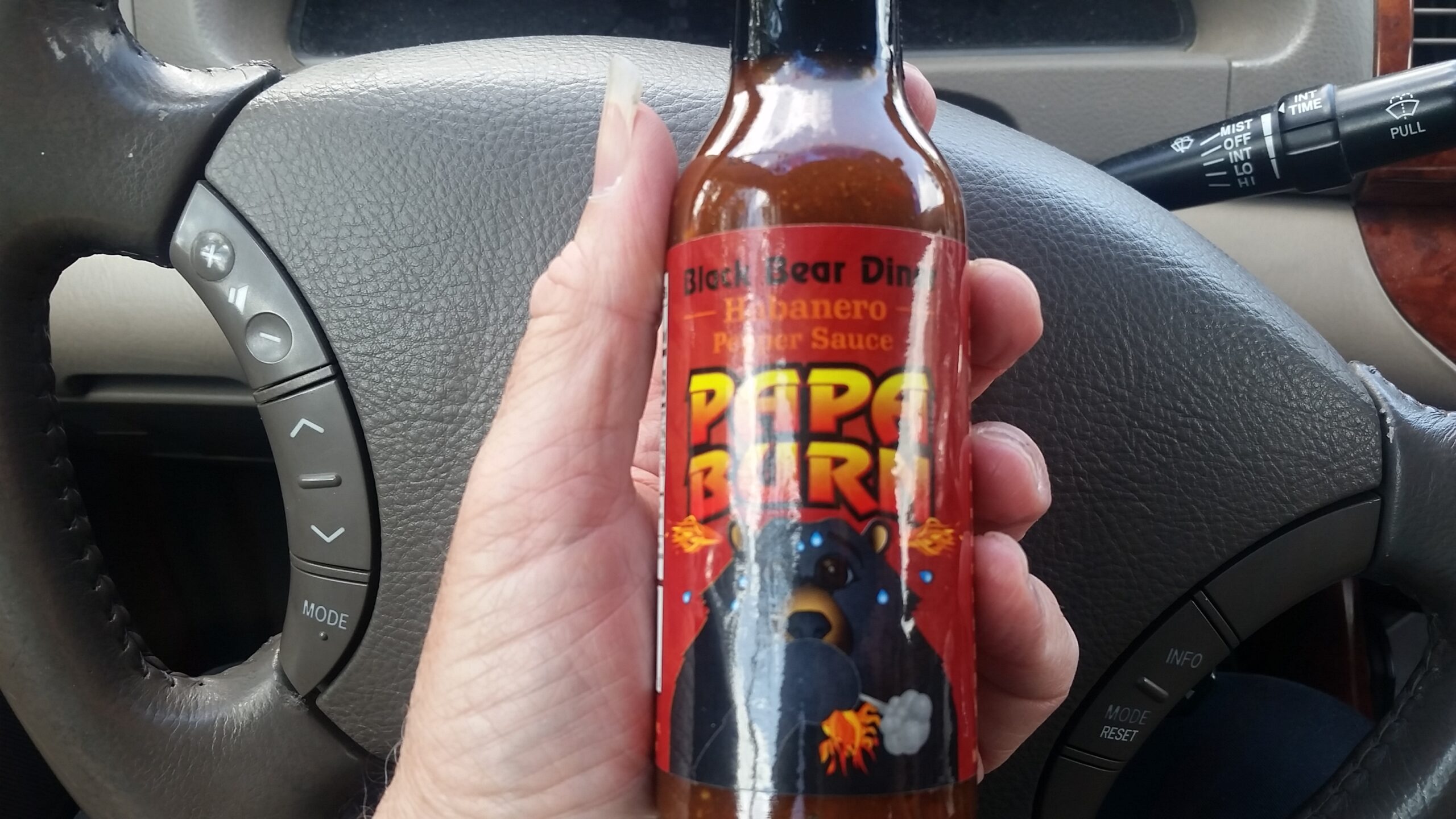 After breakfast we went to the Valley Marketplace in the same shopping center. 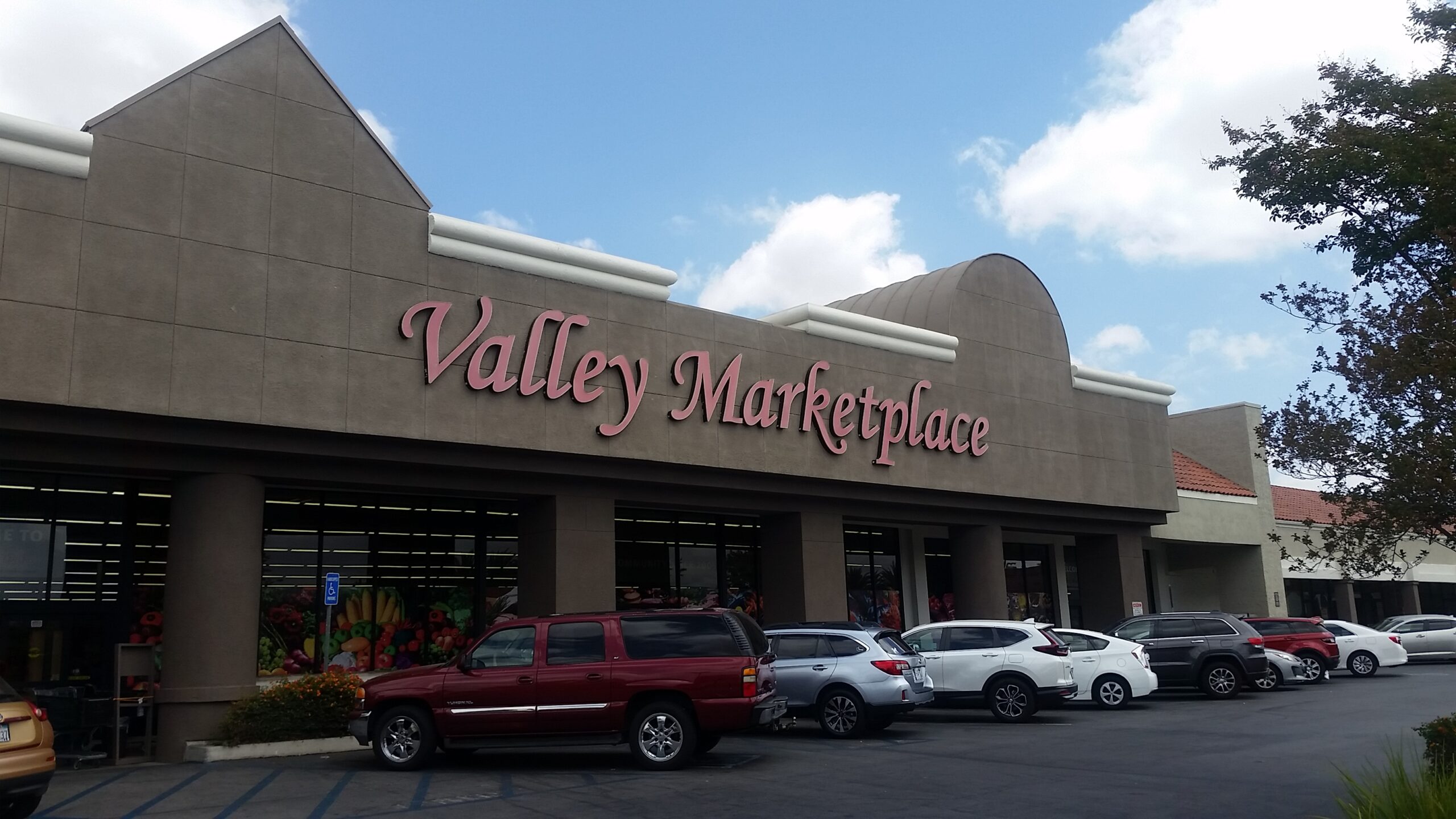 It’s an ethnic grocery store with Asian, Indian and Mexican foods.  When we go on vacation, I like to stop in local grocery stores to see what different items they have.  This store did not disappoint.  They had two varieties of Pringles I had never seen, Lipton’s Vegetable Soup Mix, again, which I had never seen.  I’ve been buying Lipton’s Onion Soup Mix for decades to make dip; how could I have never seen this?!?  And Asian hot mustard which I use to also make dip.  Aidells spicy mango sausage – well I have seen that in Costco, but we haven’t had it in a long time.  And dark chocolate sugar wafers.  Kris likes sugar wafers; I like dark chocolate – so we had to. 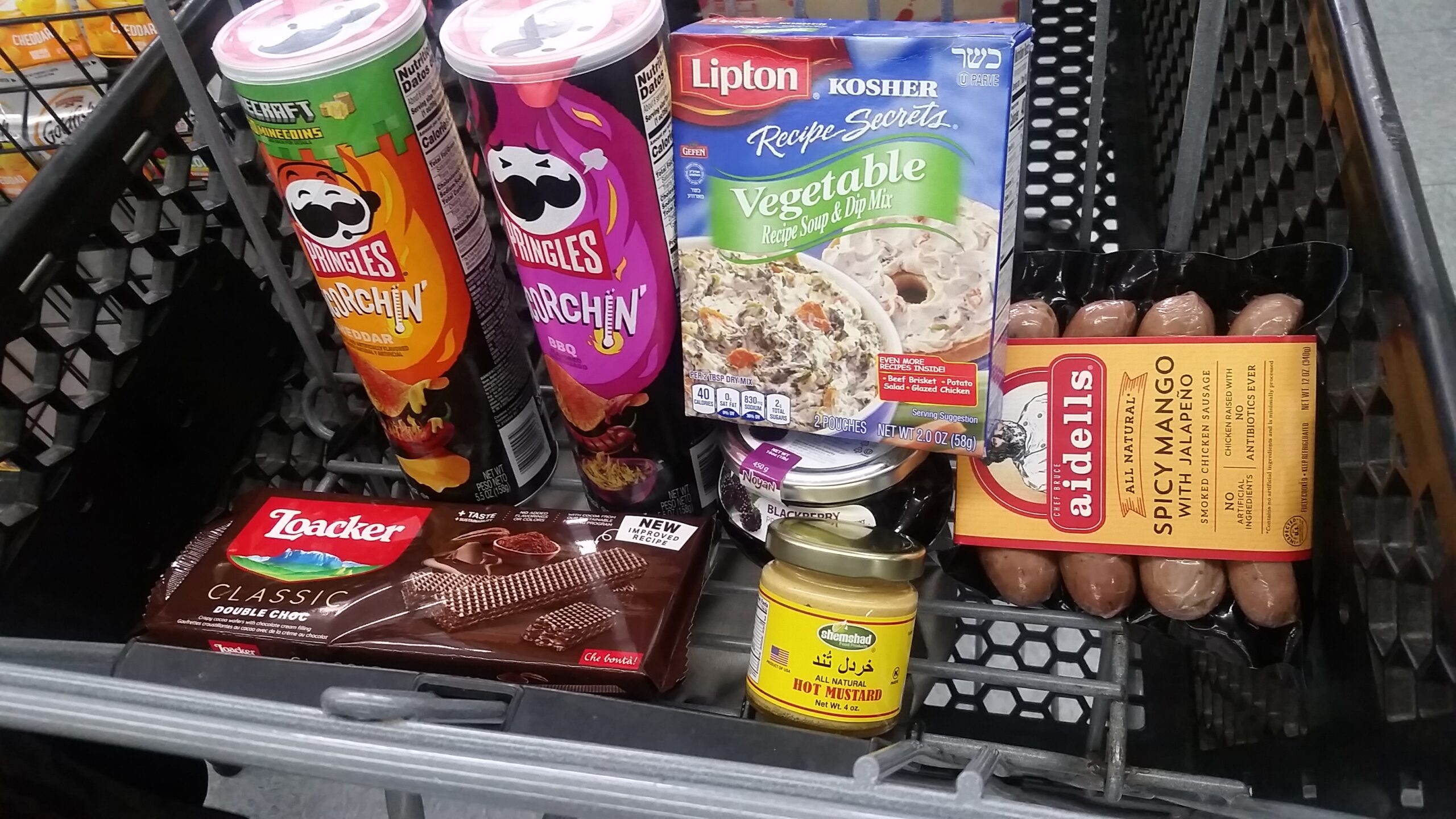 With the weather feeling cool and a bit damp, it started feeling like a foodie vacation in Morro Bay or Monterey Bay.  The perfect relaxing atmosphere for an anniversary weekend.

In the afternoon I did stop to see the Greater Los Angeles Special Speaker Event on Zoom.  It was the Annual Publishing Industry Round Table.  With me getting closer to being published, that was kind of important. 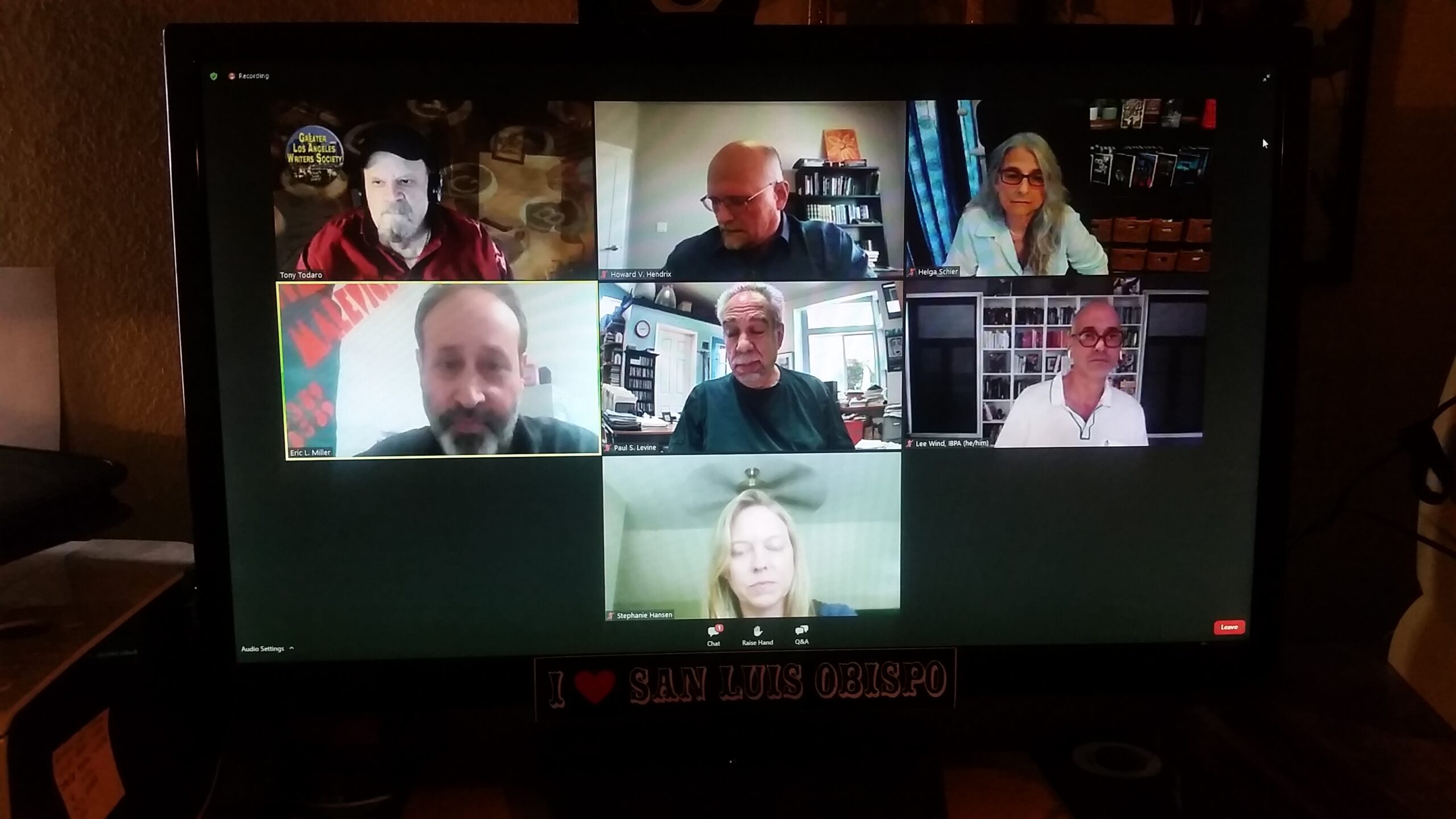 We rounded off the evening at Stone Fire Grill in Northridge. 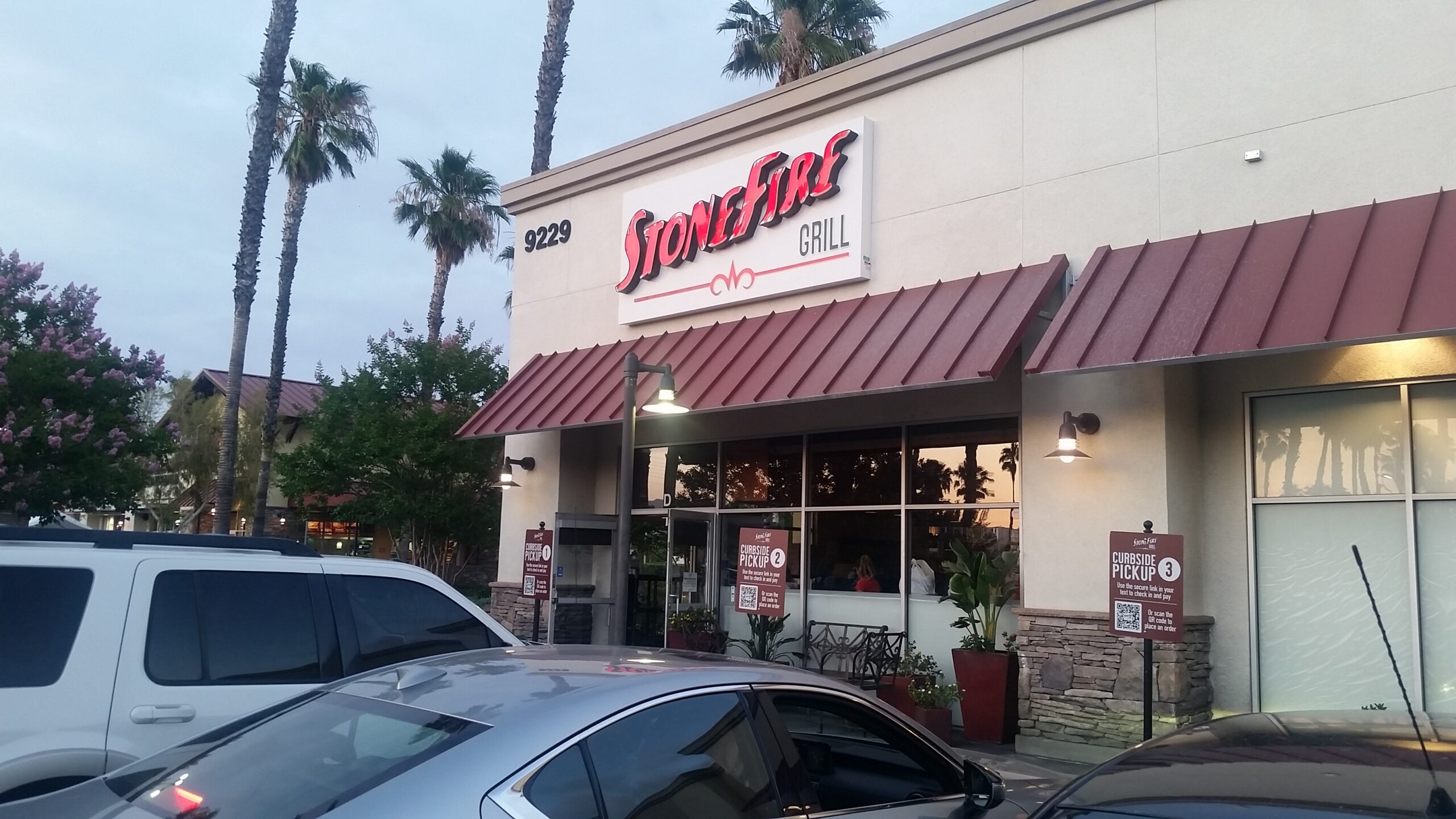 It’s in the center where the Winnetka Movie Center USE TO be.  They’ve closed it since Covid, which is a shame.  We’ve seen a lot of movies there and the theater is only about twenty years old. 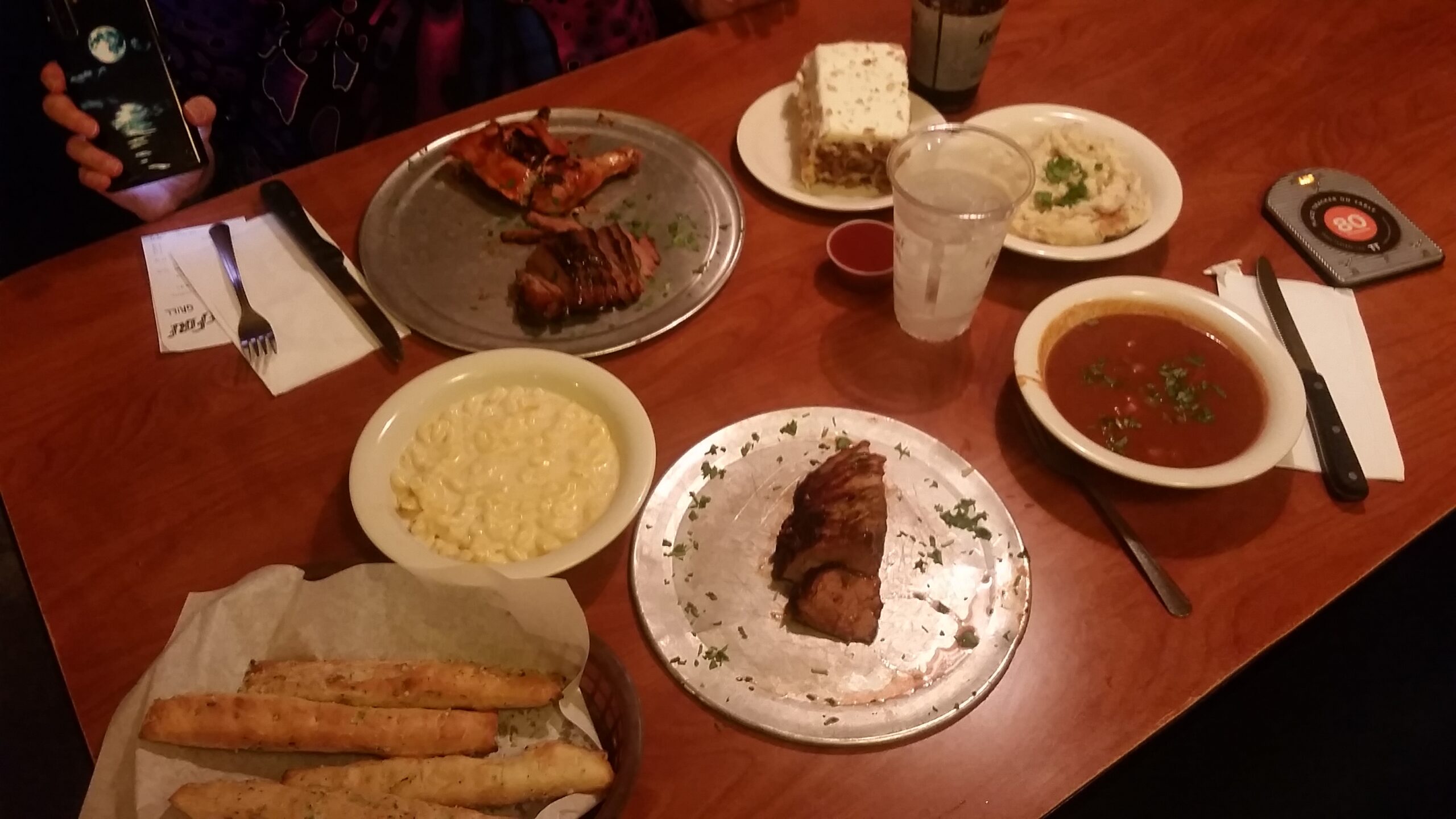 Most of the carrot cake came home with us. 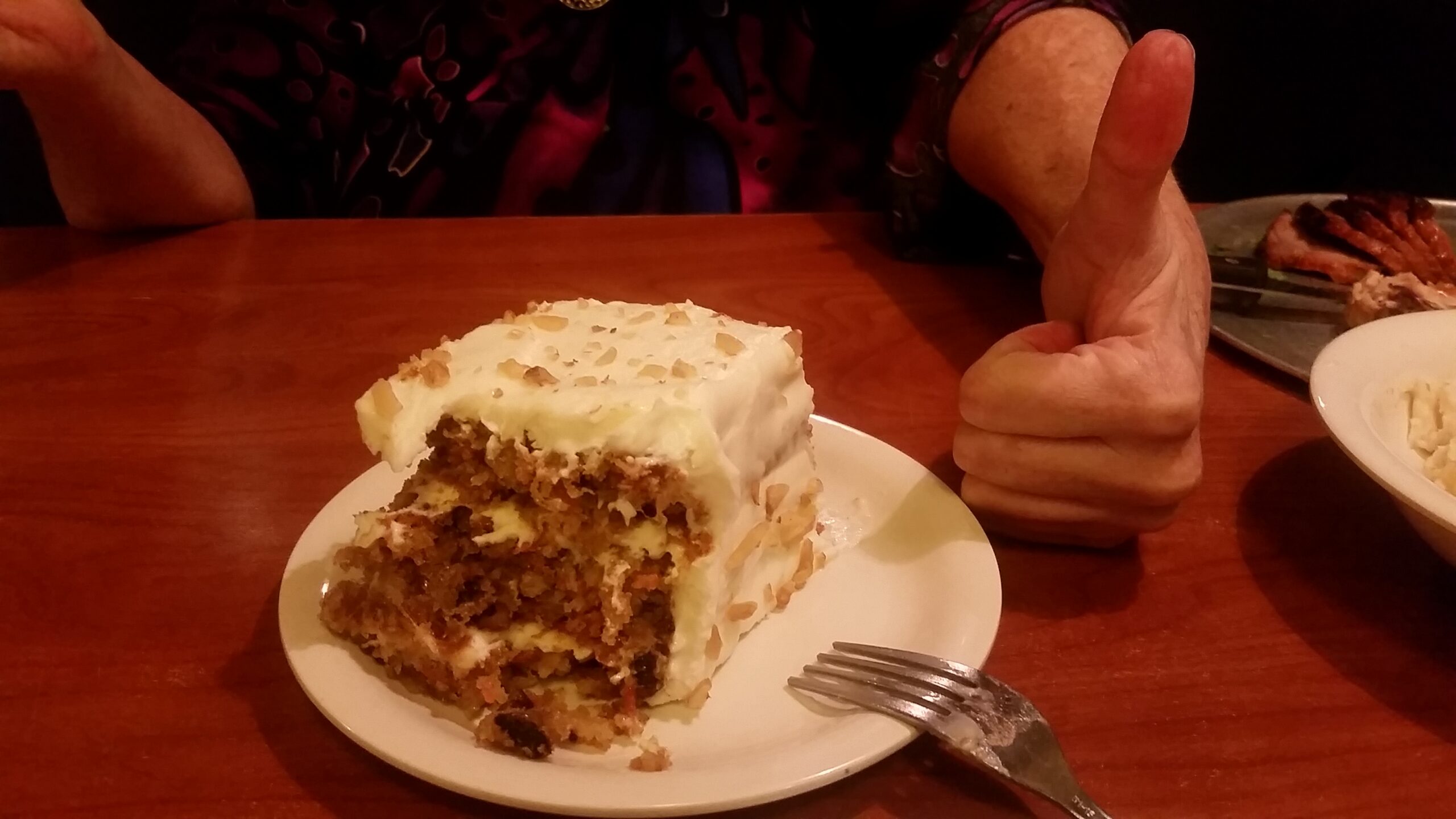 Second Steampunk screenplay:  173 pages.  ß Went down by one page.

Hmmm…  Though these hot sauces are manufactured by different companies in different locations, they all seem to buy their bottles from the same company. 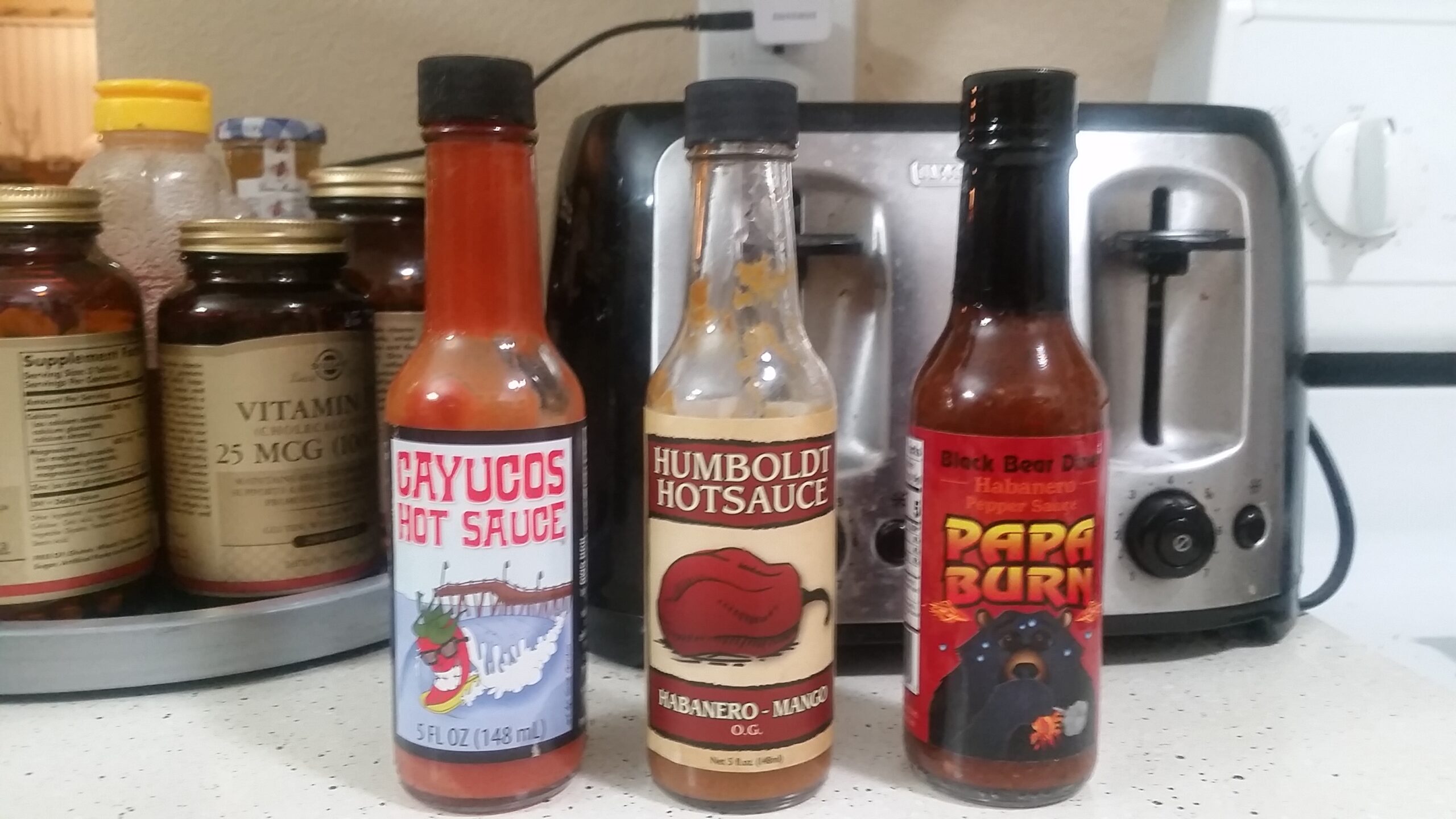